I really enjoyed doing this project! When I had to pick a city to illustrate, I immediately thought of Ghent, where I lived for 10 years. Now I live on the country side and although I would not wish to change where I live, I really miss the city a lot sometimes.

There is so much history in Ghent, that I didn't know what to choose at first. Then I started thinking about other things than history. What is the heart of the city? What did strike me as the heart of Ghent, especially in summer, is the Graslei. A border of the river in the middle of the city, where people come to sit, eat a sandwich, talk to friends, play some music,... It's right in the centre, near the shops, but also next to the 3 towers of Ghent and close to the Gravensteen, an old castle. The old houses alongside the river are just lovely. I found my setting, but there was still something missing. I wanted to add a glimpse of the kind of people you'll find here. Not that all people living in Ghent are hardcore lindy hoppers, but this retro atmosphere is something quite tangible in the city. So I thought a nice lindy hopping couple would certainly do the trick.

Next up was vectorizing the sketch. I decided to add colours first, so I dabbled around with some combinations. Yellow was in my colour palette for quite some time, but eventually I landed on a combination of dark blue, light blue, pink, greyish white and red. While figuring out my colours, I also changed the composition a bit. I always find that when changing colours, things gain or loose weight and therefor ask for a different place in the composition. It's also heavily influenced by the balance of the colours in the overall picture. So I tend to change the composition quite a lot while at this stage.

I landed on this final composition and colour combination:

Next up where the brushes. It was a lot of fun to make my own brushes. For the first time! I actually thought it would be a lot harder to do. I can imagine though, that I would benefit from having a large collection. So I guess I'll be making some more in the future.

The brushes make the biggest difference for me. The texture applied in the next step is also very powerful, but I guess I was really aching to smudge those clean vector lines of mine, so I'm really happy with the result.

Next up were the textures. This is where I noticed I'm not a Photoshop person. I thought it was really messy figuring out how to get the best result and applying the textures to the parts of the illustration. I would really benefit from an extra course on how to do this. But anyways, I think I did ok for a beginner ;-)

So that was it! I guess this process will be a lot more fluent in the future, but for now I was kind of surprised how much effort it took. But once my library of custom brushes and textures grows, this will be a lot easier! I really enjoyed it (so thank you, Lydia!). Here's the complete final illustration: 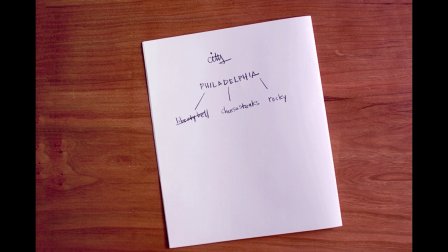 The Best of Both Worlds: Leveraging Photoshop and Illustrator In Your Work
Lydia Nichols