Get Lucky (Daft Punk Cover Made from MIDI)

Hey I wanted to put this project up as another example of a MIDI file made to sound like the original.  In this case, I used Daft Punk's "Get Lucky," not because I'm obsessed with Daft Punk, but because you've likely all heard it and it's a good next step beyond this first project.

Despite all the hype when this song came out it is just a good example of a song with live drums that is also aimed at the dancefloor.

And live, acoustic drums are harder to control than drum machine samples.  Getting a fat disco sound out of Ableton's built in kit drums was a challenge, but not impossible.

If you want to know more about drums with that fat disco sound I'm talking about, you can hear it really clearly in Kon's re-edit of Chic's "Good Times" --which despite being one of the most iconic and copied later disco-era tracks also has great production, which Kon (of Kon & Amir, a great disco edit duo out of NYC) brings to the forefront.

While I'm sure Chic used tons of high-end analog compressors and methods of that era that warmed up this beat and made it as punchy as it is, you can get close to that sound if you work on it.

Anyway, hope you enjoy this version of "Get Lucky" that I put together.  Try to recreate it on your own. 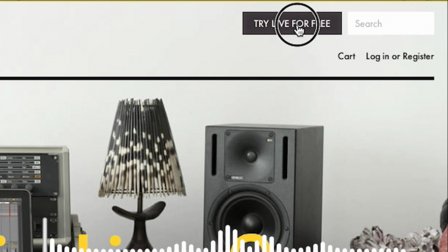