I started out with the mortality data, and then added information on affected states.  The story that grabs me in this data is the scale of the Galveston Hurricane of 1900.  I found data on overall population of the US, so I can see the mortalities as a percentage of the total, which adds to the sense of extremity.

This is my second attempt - I've gotten the population data for the states affected by hurricanes in each year, so that I can see the ratio.  But the data is so extreme that it is hard to figure out how to present it effectively.  I like the extremity, I think that the difference between Galveston and Katrina is palpable in it, but I want to get the ratio presented well. 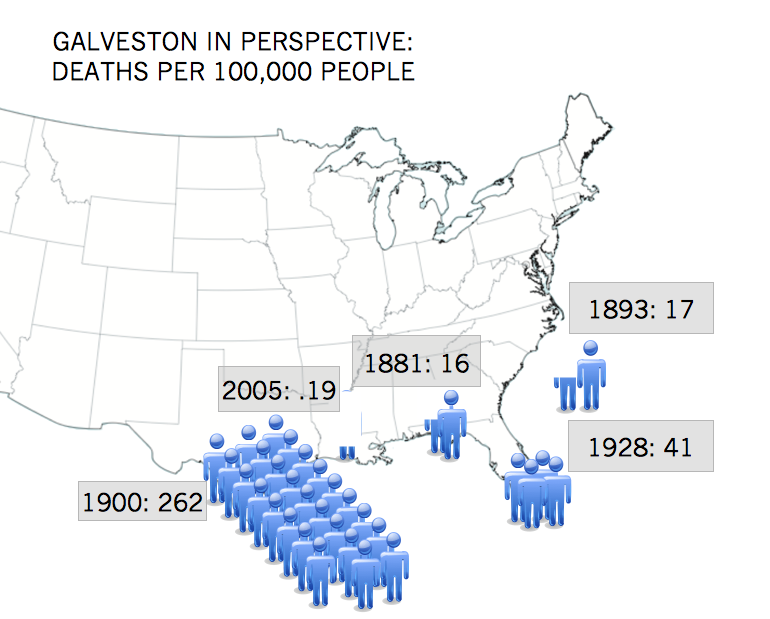