So I've decided to do my label on a business that I started with my dad in 2002 doing custom designs for T-shirts. I wanna have a real hand made look to it where it's not so clean and there are some rough edges to the design and everything isn't precise dimensions. 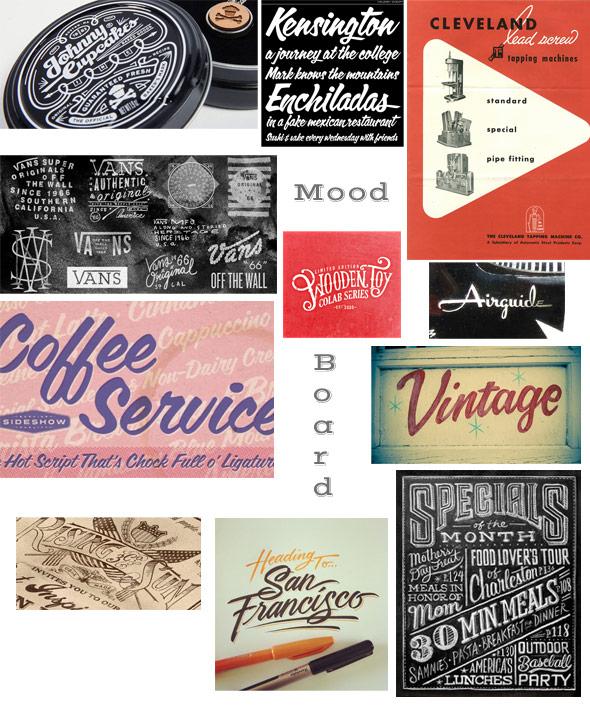 I put together my mood board based on some styles that I was looking to achieve, and just whatever struck my eye as i was going through images for inspiration. I put together anything i found attractive whether it was typography, style, illustrations, or colors.

So now that I have my mood board ready I'm ready to put together some quick sketches to try and determine what I would put on my label design, and get a basic idea of the layout.

trying to determine the composition and layout of the label or tag with a couple of quick thumbnail sketches: 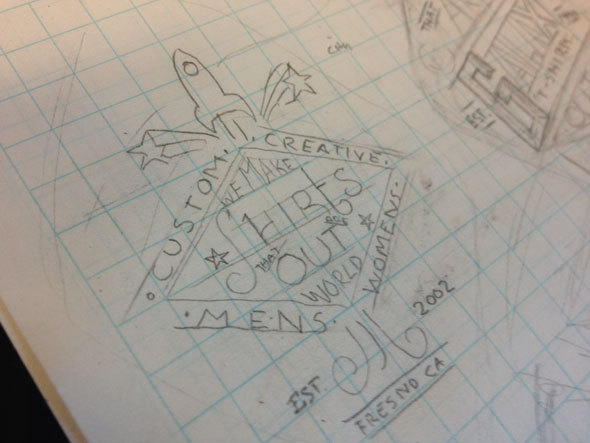 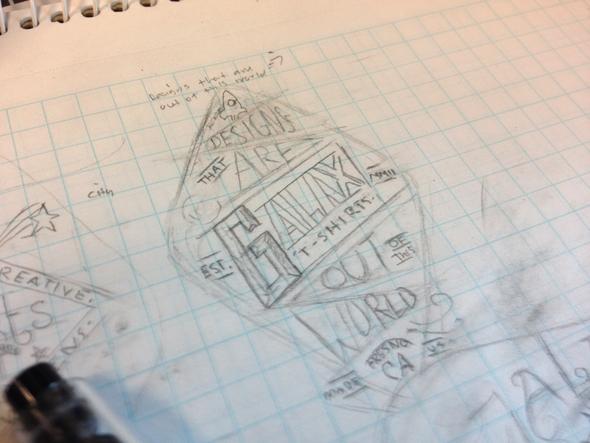 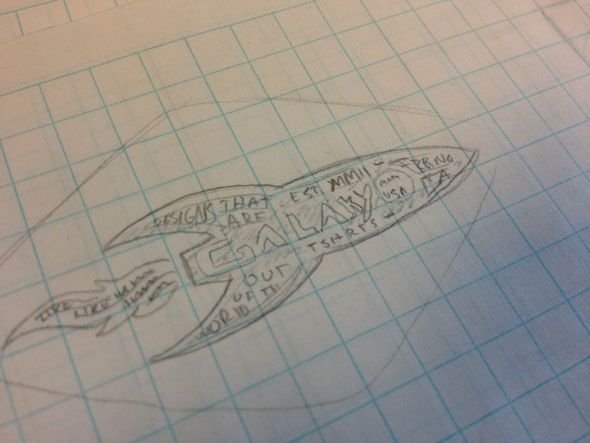 After my layout was determined I started laying out a rough sketch of the composition and adding some illustration and lettering elements. 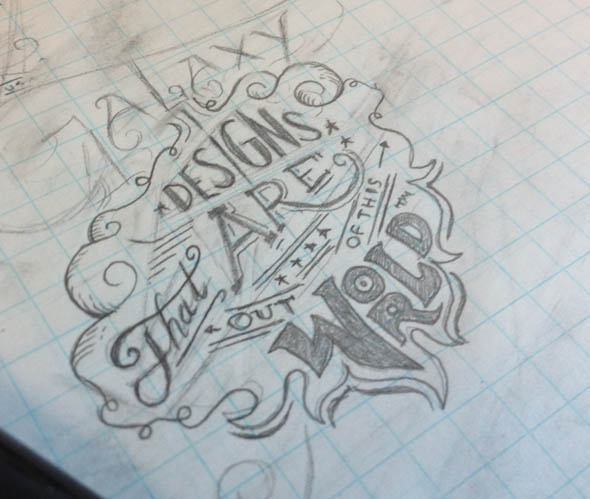 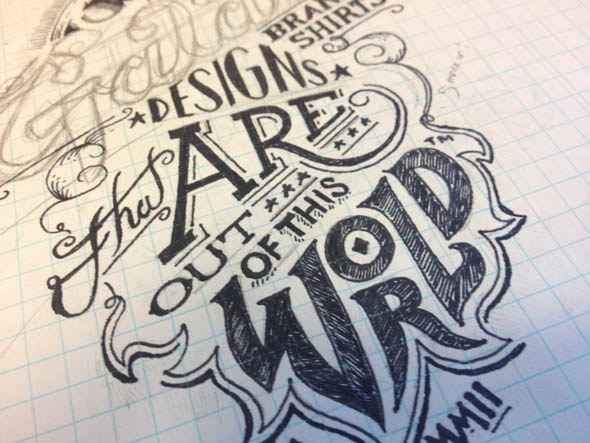 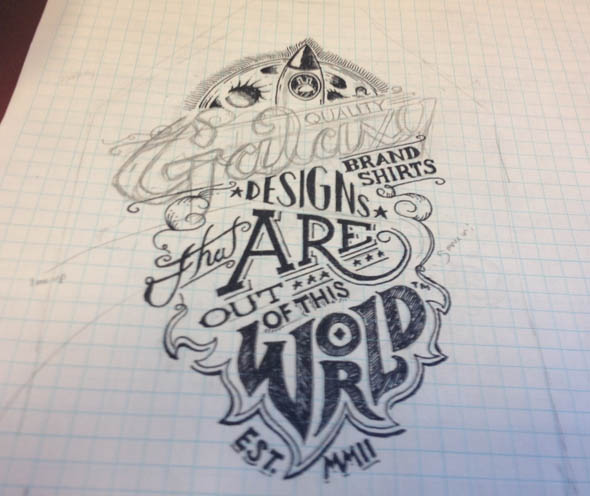 Now that I think I have a pretty good handle on what I want the label to say and what illustrations I want to put on it, I can prepare a final sketch using my notes and rough sketch to make changes that I feel are necessary to clean up the label and get that ready to become the final product.

So... I'm finally making progress toward the final design, working on a detailed sketch that I will end up digitizing, here are some shots of the sketch so far. 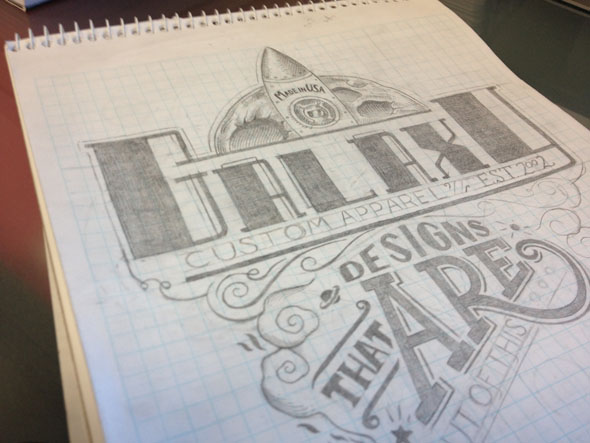 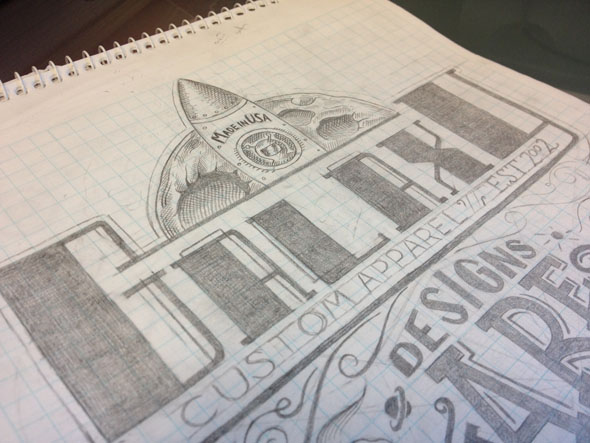 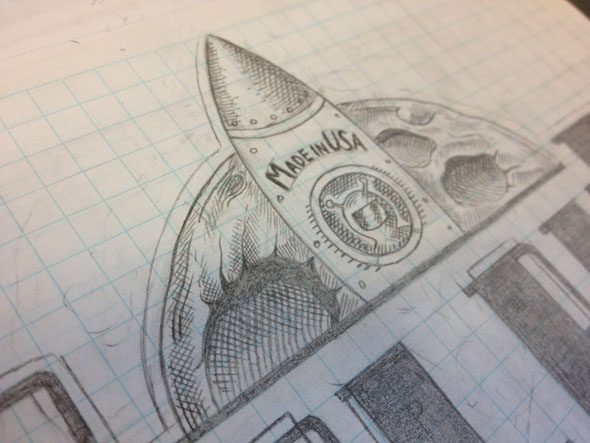 Will probaby clean up the negative space between the "L" and "A" when I digitize it. The goal of the final image is to have the "Galaxy" section to be able to stand on it's own for a label, and the whole image for a bag or box label. That's it for now, back to work...

So now i have a final inked drawing, and now that i see it like this I feel I may want to simplify things a bit, because it's become a little too busy for me. so when go into illustrator to create the final design I will make some of the changes that i have noted to my self. 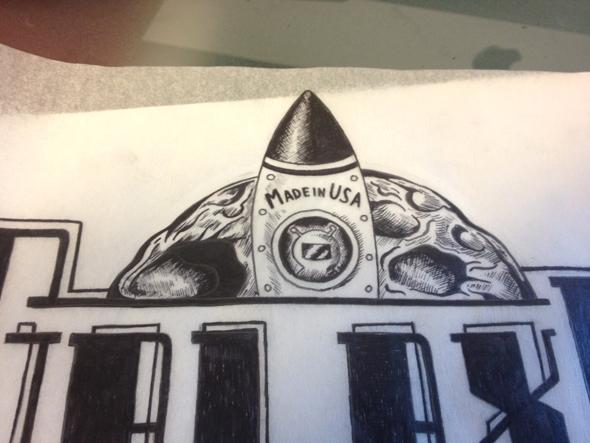 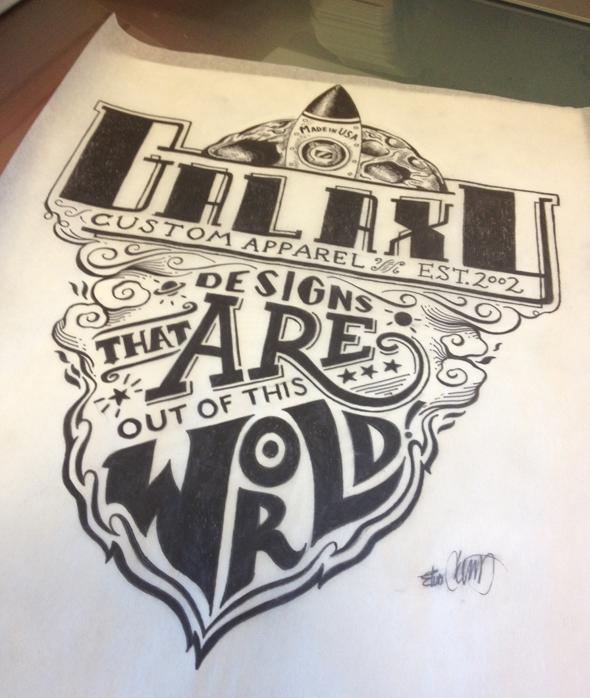 I'm still figuring out a good process for something like this, I guess as I do more and more, I'll become a little better at figuring things out ahead of time. So for now, on to the next stage...

Now that I have my final inked sketch I took it into Illustrator to start working on the final label design, which will consist of two labels (The full label with the tagline, and just the "Galaxy Custom Apparel" part).

Because I wanted to have rough edges and not have everything look super clean so I keep the hand drawn look, I did a live trace in Illustrator of my final sketch. 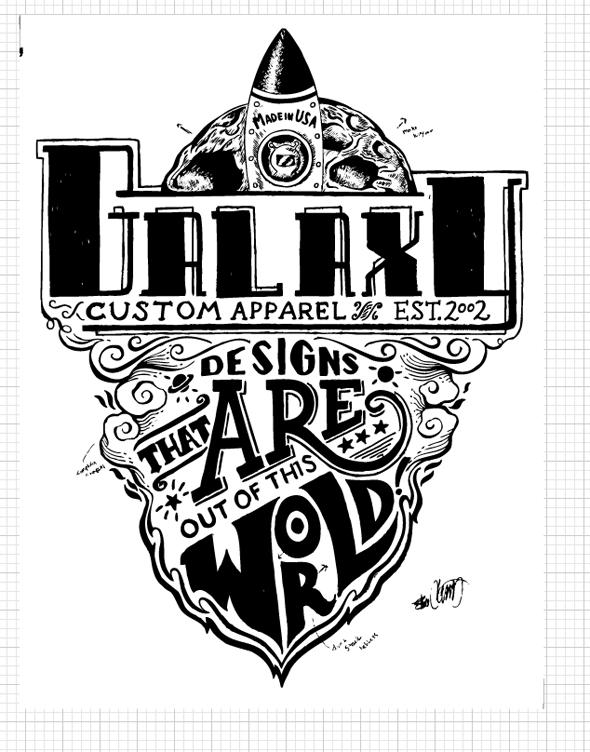 After that I broke apart the image, and cleaned up the parts with the pen tool. 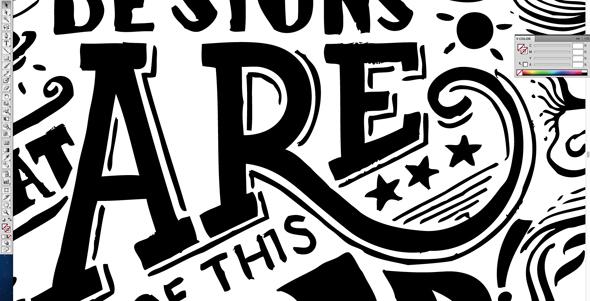 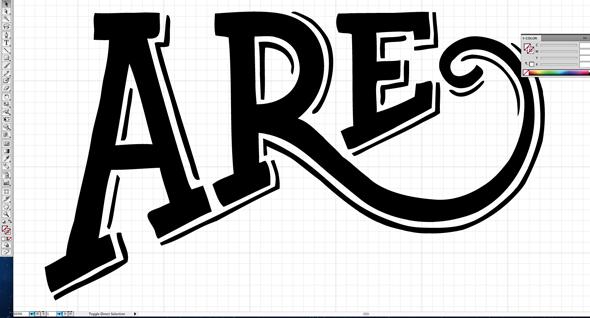 When I had all the elements I needed to make the final image cleaned up I went and made some of the changes that I had noted to myself, and made some other layout adjustments that I though helped make the label more interesting and cleaner.

So Now I'm in the final stages of this project, and this is how it's going so far. 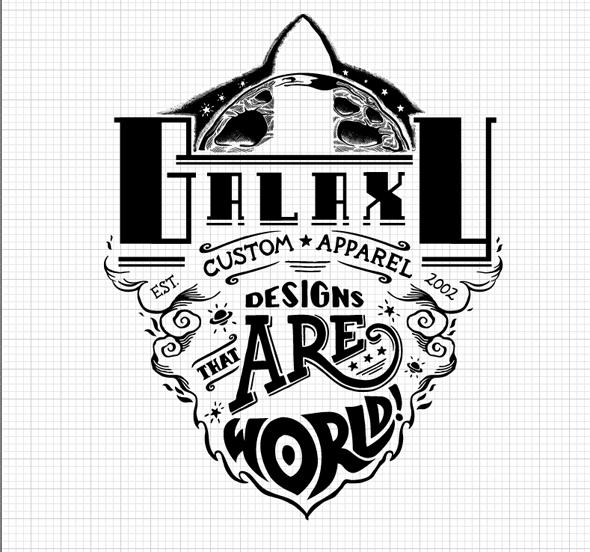 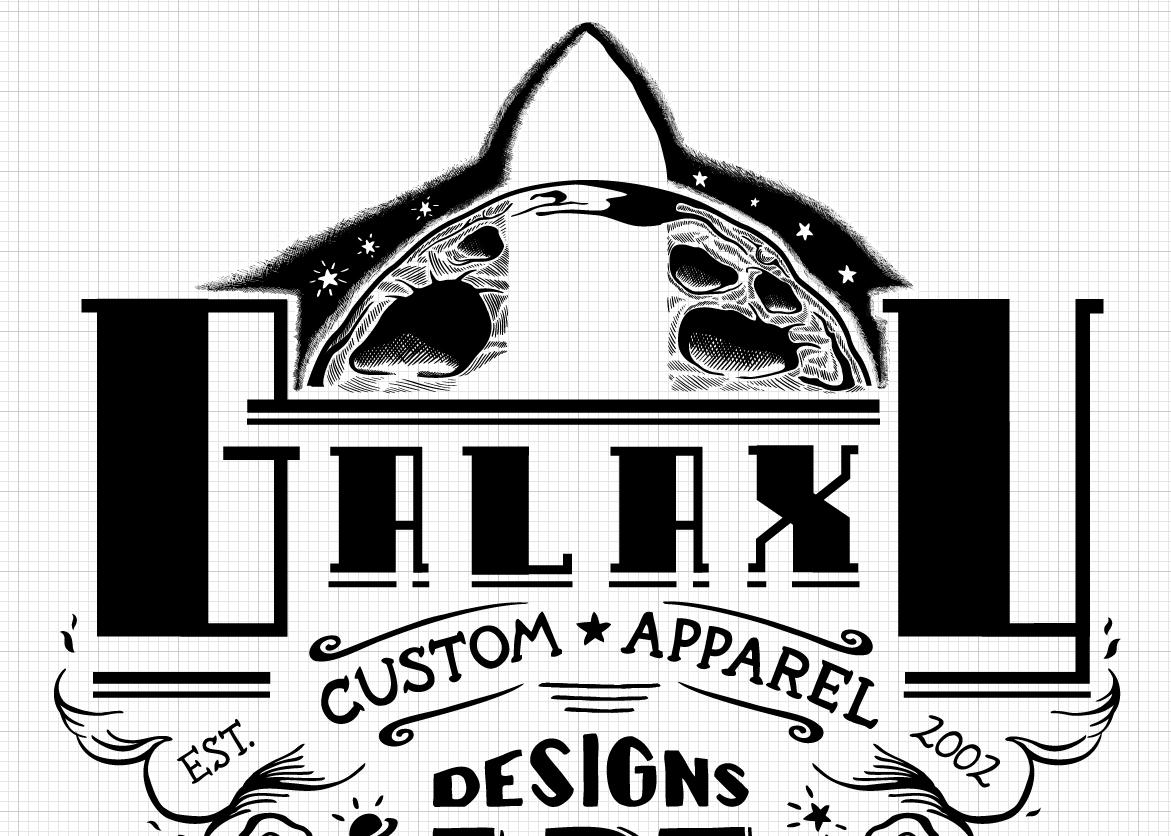 It's been an interesting process so far. I have a lot more to do but I'm excited about finishing this design. So for now, back to work...

I finished the digital version in illustrator, one full label and one simple label now I need to design the box and tag labels, here are some shots of the final version. 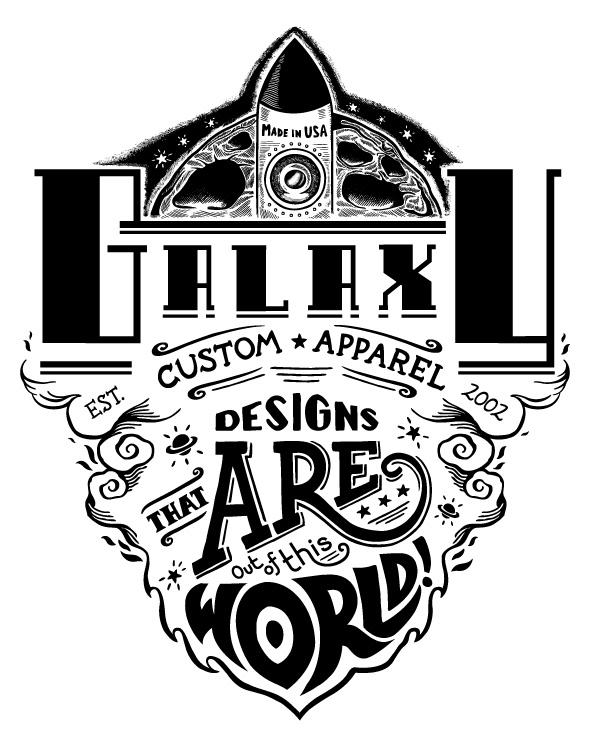 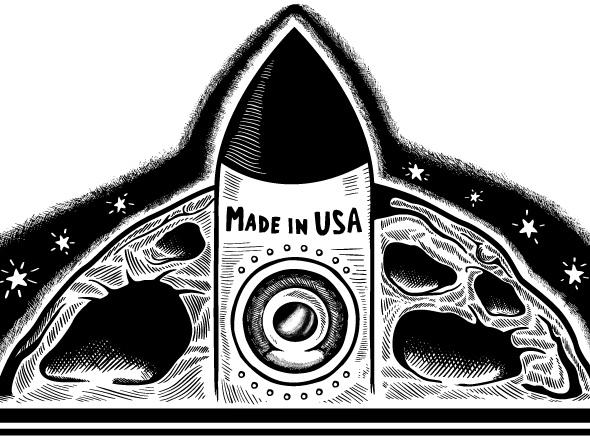 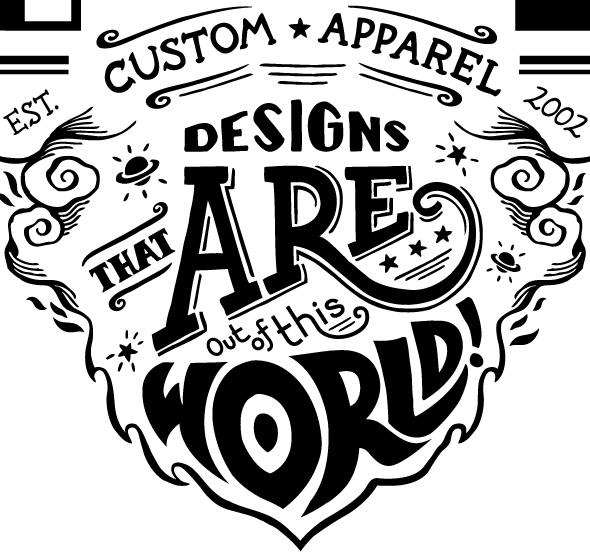 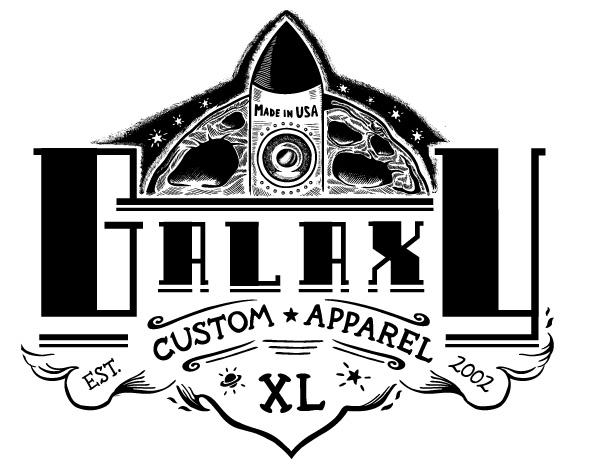 Here are mock-up designs of how the illustration would be used. 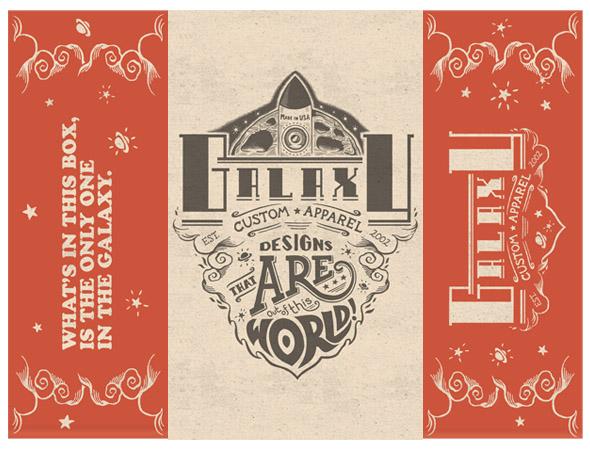 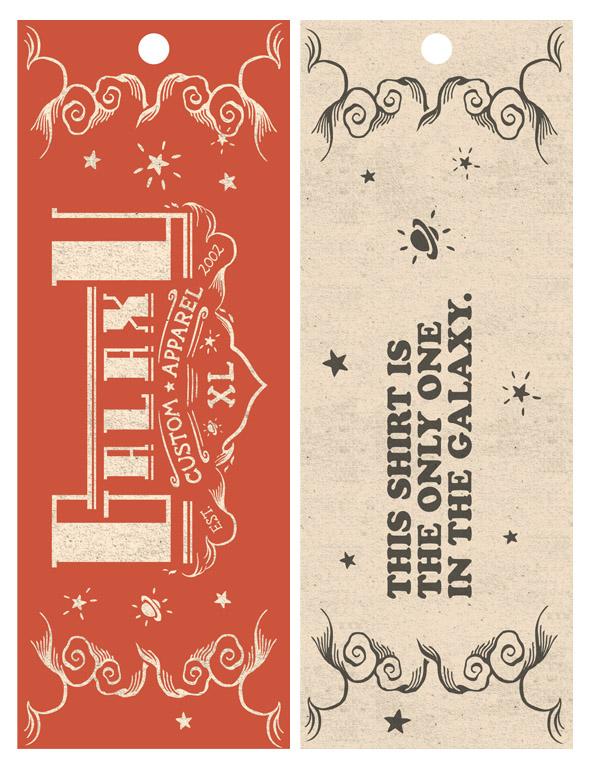 I'm still working on the wording of the slogans as well as the designs for the box and the tags, but I think this is the creative direction that the tags and the box will take. 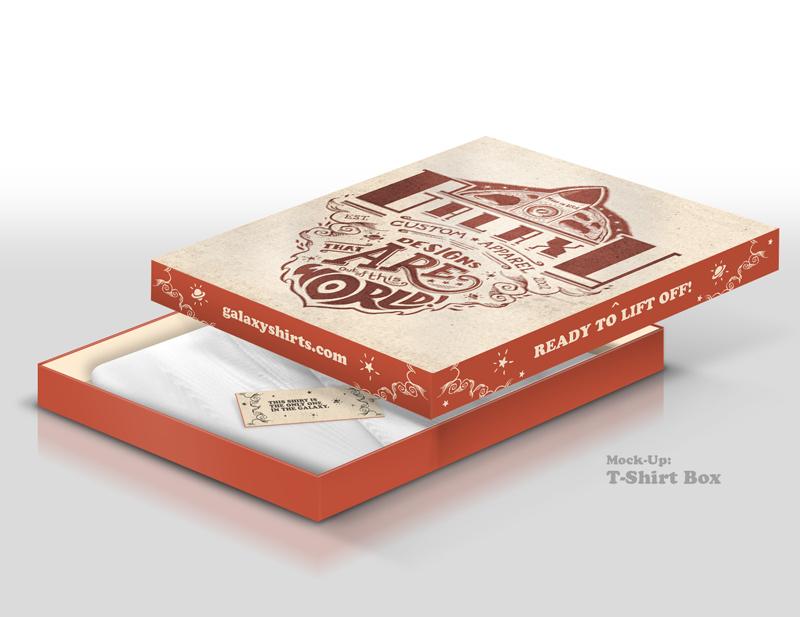 So I finally put together a mock-up of a t-shirt box in photoshop using the label design. I originally wanted to do a taller, style box which was going to be triangle in shape, but I was running into problems with the labe. So i decided to do a more traditional box design.