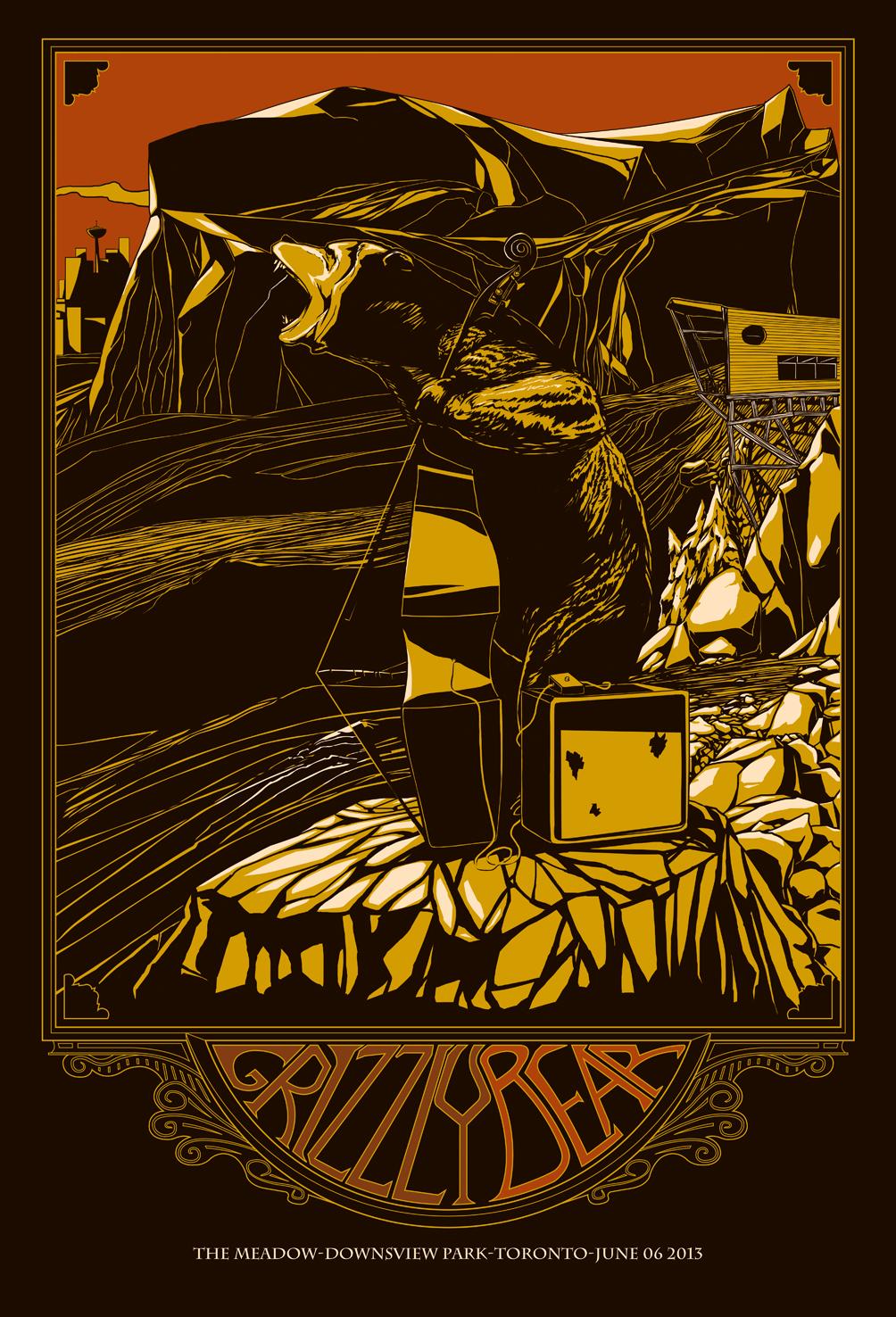 Worked on the border and the Band name integrated in it . here what it looks like !

Finished the inking and now I will try to put some colors. Don't really know in which direction to go !? have to make some experiments !

As you can see I put the skull away from the contrabass. I thought it wasn't fitting well ... 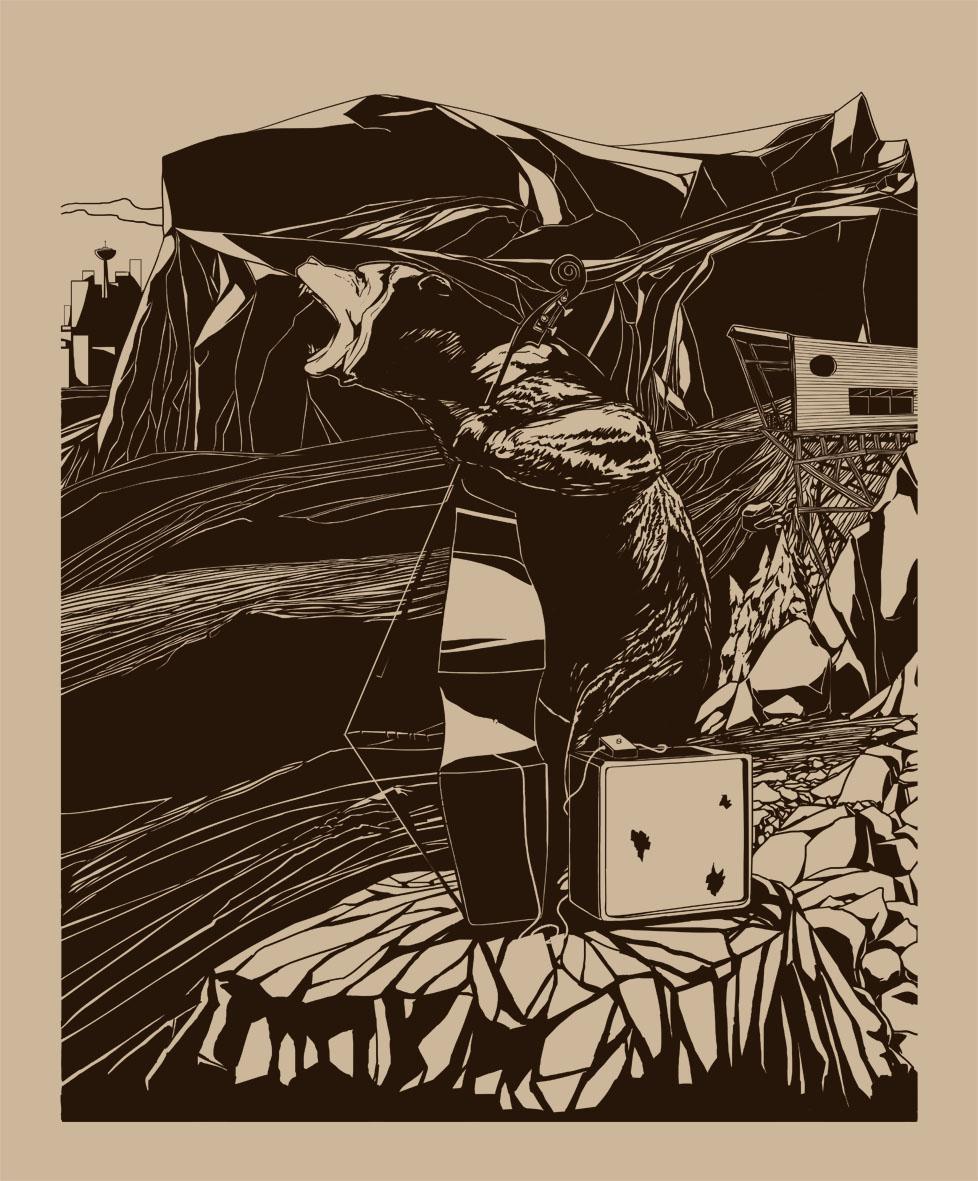 I made the lines and worked on the inking which is not finished as you cans see !

I decided not to put the band name over the cabin, but to make a frame with the name in it !

the blue thing is temporary, I will work on the frame and the lettering after the drawing is finished !

I will try to put colors on it later, but I think that a monochrome touch could be a good idea !

Perhaps making 2 versions, one colored and a black and white one !

let me know what you think ! 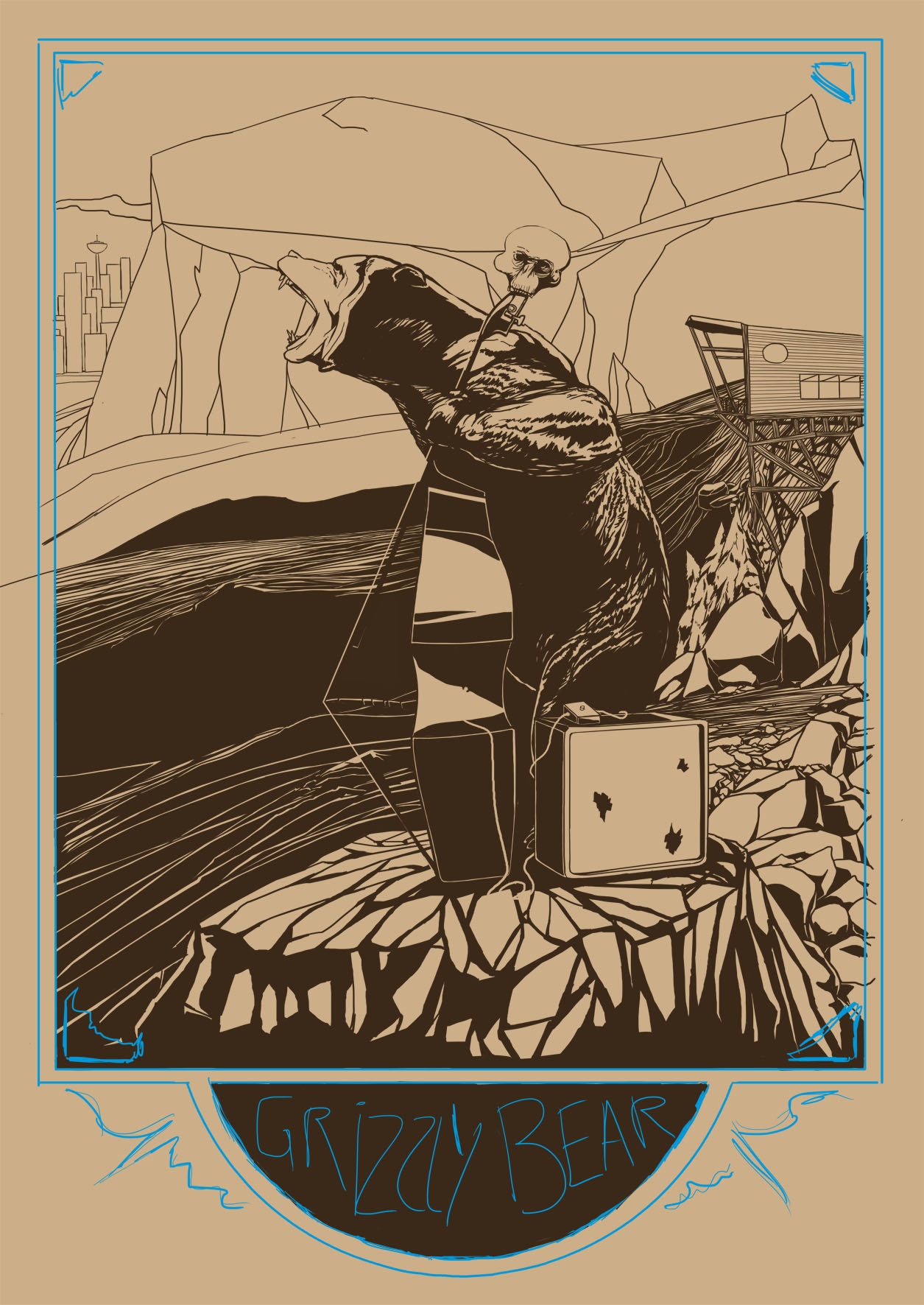 As you can see on the sketch, I imagined A Bear handing a contrabass plugged on an amplifier. Behind him a landscape and  a wooden Bar on the right  with the name of the band over it ( or A Venue perhaps ) !

I'm not sure of the scene behind, perhaps i will just keep the bear and the instruments ...   i will see by working on it ! 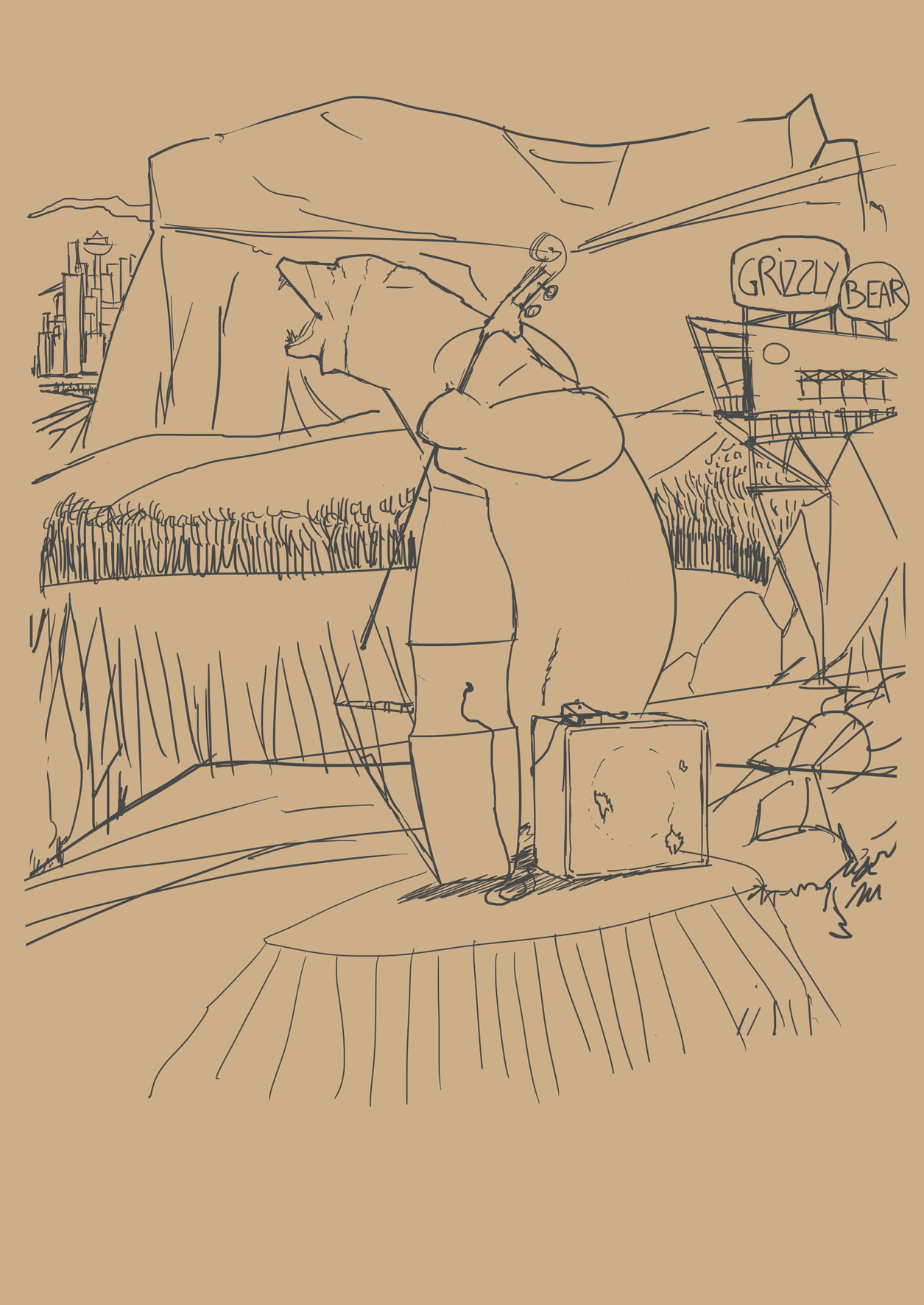