My Book Review of Fury: A New Species by Laurann Dohner

The story begins when a woman named Ellie is approached by law enforcement to spy on the company she works for. Ellie is told of some of the rumors of what is going on in the medical part of the company. She agrees to it and learns the rumors are so much worse than she ever imagined.

The medical facility isn't just doing illegal testing, they created a whole new race just for them. They combined various animal DNA along with human DNA, creating a race of half-human half-animal. They are stronger, faster, and more resilient than humans.

Ellie is so close to gathering enough evidence to getting the warrants needed to raid the medical facility. Then one of the subjects is about to be killed. Ellie can't stand by and do nothing. She ends up killing the technician to save the man's life. But to be able to get to her handler with the much-needed evidence her handler Ellie blames the murder on the man she just saved. He swore one day he will have his average.

Fast forward several months and the facility has been raided and many of the test subjects have been freed. They all are for the first time given names and are known as New Species.

The man now known as Fury is free and he wants revenge on the woman that betrayed him.

Ellie learns her new co-worker is the man she saved and framed for murder. And he's not shy about letting her know he's not happy for taking the fall.

Ellie has never forgotten the man she tried to save or how much he got under her skin.

Fury wanted Ellie in his bed as much as he wants to strangle her. He can't forget all the pain he endured in that medical facility, but Ellie's betrayal cuts the deepest of them all. They are beginning on the path of working things out when the compound they are on is attacked.

Ellie puts herself between the intruders and the New Species women that have recently been released from the facilities. Fury and his team of other New Species men find and save her from a brutal assault and possible death. But things are just getting started.

The director on the compound wants Ellie gone when she won't toe the line and file a report, accusing Fury of severe misconduct when he and his team saved her from the intruders.

Fury wants to wrap her in cotton wool and keep her with him where she was safe.

Ellie just wants to do her job and hopefully salvage her budding romance with Fury.

But their growing romance is no longer about just them. The world has learned about them and now everyone is watching them.

And when Fury is hurt protecting Ellie, it’s a question will they be allowed a happy ever after?

Well, I'm not gonna lie, the man on the front cover drew a lot of my interest. But as I read the book blurb I was intrigued and bought it. The book is over 400 pages and I read it in a little over a day. So I really liked it!

Fury is a man that has been through hell and back. The one human woman he thought he could trust at that facility betrayed him worst than any of the others.

When he learns why Ellie framed him for the murder she committed he understands why. But telling it to his heart is a whole different thing.

Ellie has never forgotten the man that has haunted her dreams and gotten under her skin. A man that until recently was denied a name, only a number. She knows what she's done is unforgivable, her heart hopes one day he will.

Fury is first a romance. The attraction between the Main Characters is strong. It would also qualify as paranormal, supernatural, or sci-fi due to the experiments and what they did to the New Species.

But it’s also has a good story behind it with a whole new world to explore. You see the rough patches between Fury and Ellie, the misunderstandings, and his over-protectiveness of her.

But considering Fury has never had something in his life that was just his, it’s hard for him not to be overprotective.

We also see how they interact with other characters. I especially love the friendship with Ellie and Breeze, a New Species Woman.

This is the first book in the series and I’m looking forward to reading more. I’ve already bought the next three in the series! 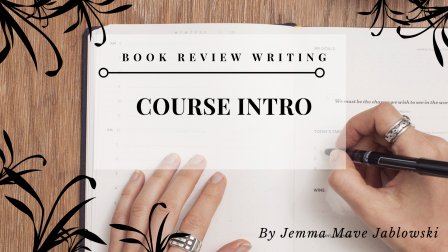