Fun animations trying out some things

There's usually an easier way than what I end up doing, but I made the bodies with bones but no structures, used nulls (rotation around body center) to control the shoulders and hips for the bendy torso (thanks LeeDanielsArt on YouTube), and rigged the limbs as per Jake's tutorial, which worked great after a LOT of time trying to get it all figured out.

I moved the art layer of the body to move the whole characters around. Parented hand controllers to the body so they went with it (Adam Bobrow dancing video) didn't do that with the feet controllers so they stuck to the floor when I wanted them to. Made 3 sets of legs/feet (facing L, forward, and R) parented the extra foot controllers to the foot controllers I wanted to use for the legs (foot rolls have to be done on their particular foot controller) and animated the leg/foot opacities so it looks like the legs can face different directions. Talk about a lot of layers! Pushed the boundaries on my ability to stay organized for sure.

For the Jedi Ping Pong video I was trying to switch between ik and fk. Couldn't get it to work on the legs (maybe because the leg structures are connecting 2 bits of art? I don't know, kept it ik for the legs), but did get it to work on Luke Skywalker's non playing hand for the handstand pushups vs arm following the body on the dismount, etc.

Then came the horse.

Thanks for the awesome tutorial Jake! 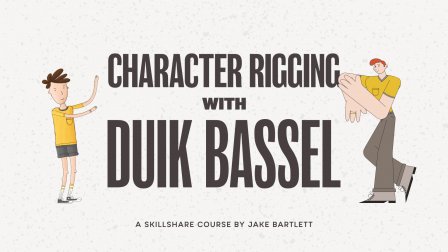