I'll be totall honest.  I struggled at lot with this assignment.  It wasn't that I couldn't/didn't see lines or geometry, there were many examples especially with buildings and architecture.  I just didn't see the subject.  Perhaps I was also a bit rushed this week so didn't have much time to wait and see if missing elements would appear.  I'm not really happy with any of the shots but since there is a deadline :)  I will try to see if I re-attempt this assignment soon.  Advice much appreciated. 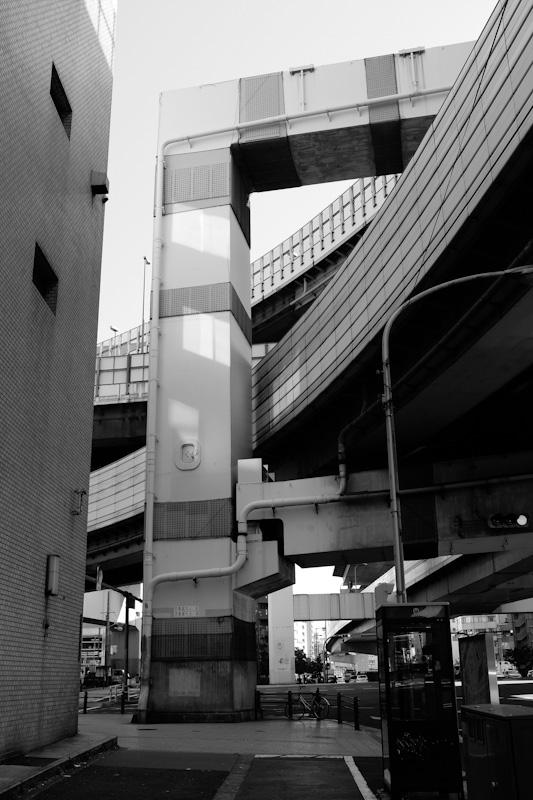 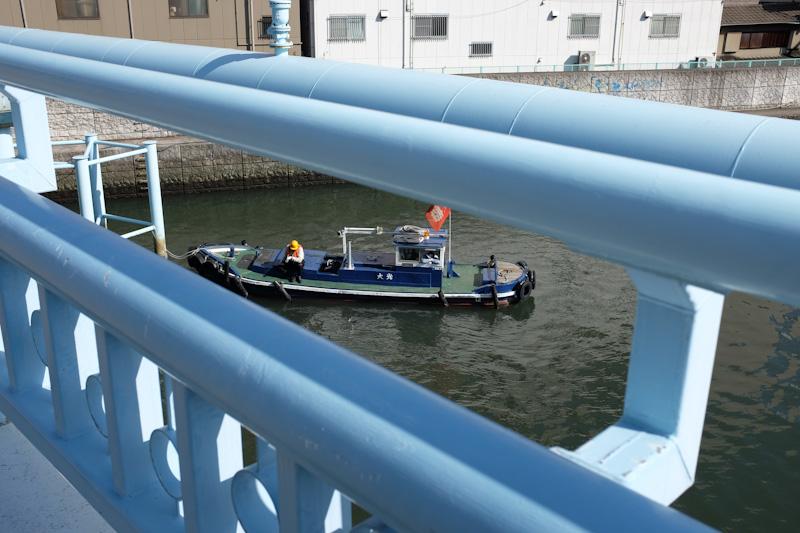 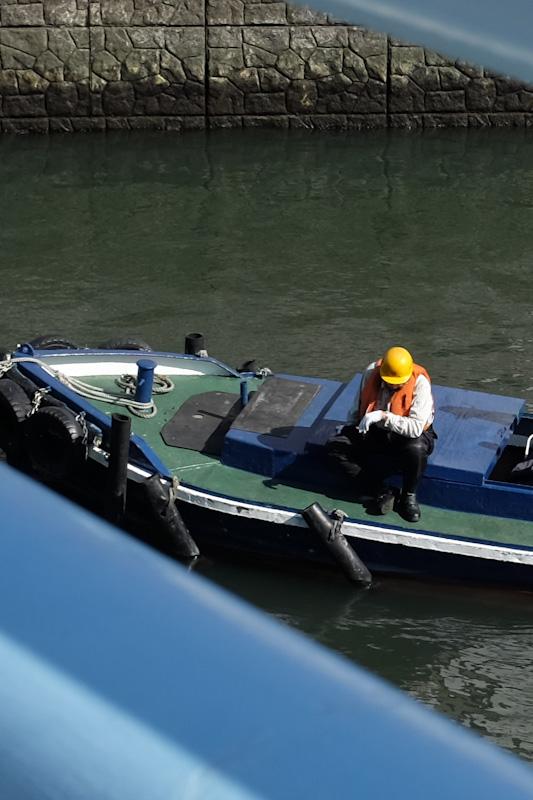 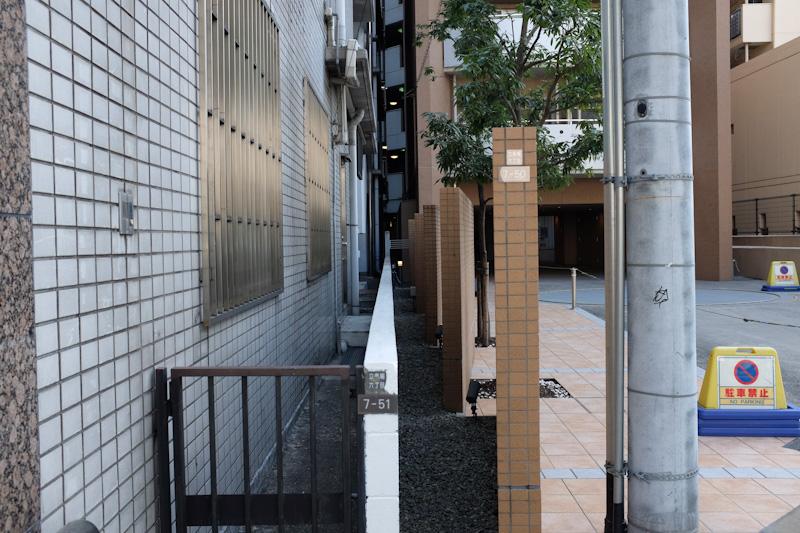 Playing about with frames this time.  First shot is shooting into glass surrounding an elevator. The buildings are reflections (behind me) while the silhouettes of myself are because of various bouncing reflections.  The green rectangle is the elevator itself. It was a little difficult to get the angle right as I didn't want my form to appear as if I was taking a photo. 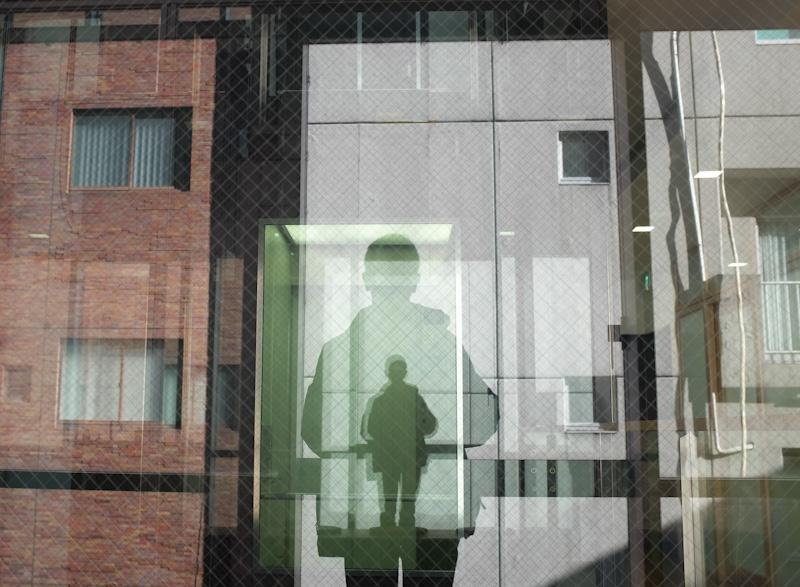 This next one was a quick shot on the subway.  I took it because it reminded me of a photo by Bresson which he took in the Paris subway in 1976. (3 subjects, one sleeping, advertising, exaggerated happiness in poster and other party being oblivous to it and taken in the subway system).  I also saw it as a frame within a frame composition. 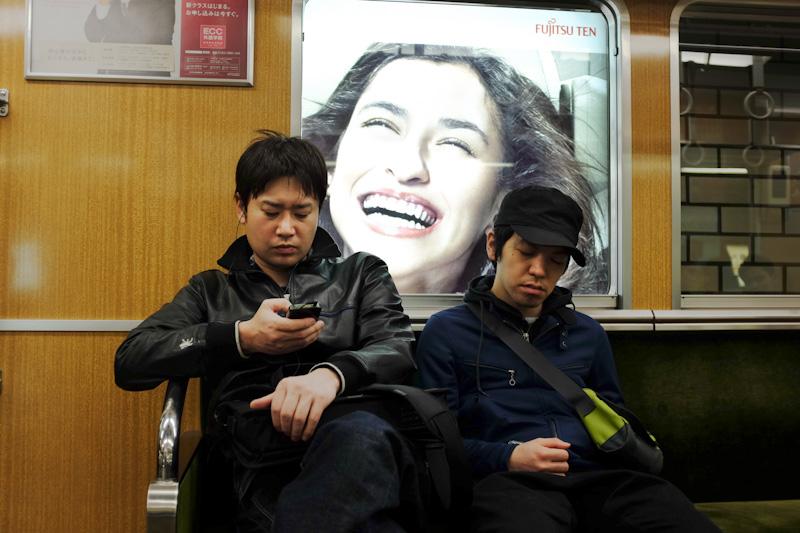 Thanks again Frank for your excellent Office Hours Q&A today.  I missed the first part as I couldn't figure where it was. 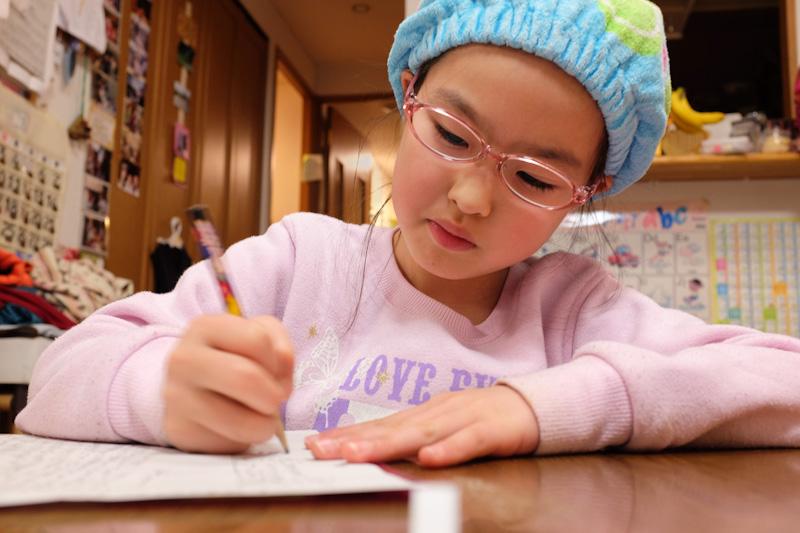 In a way emulating the first shoot. Creating a scene with a foreground, mid and background element. Only this time it is my daughter doing her homework at the table. I tried to shoot it straight on, as well as simplifying the foreground. Background is a little busy plus there is a strong highlight.

So repositioned and took another shot 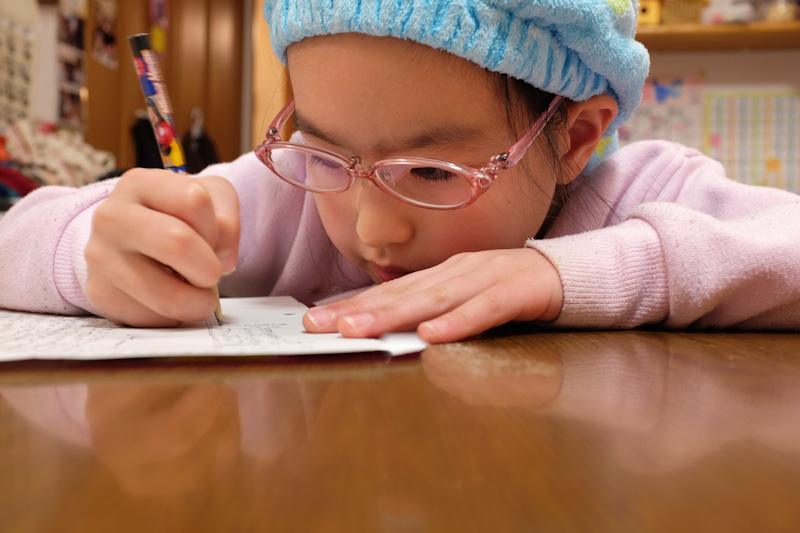 To be honest I'm not sure which one I like best.

I haven't had the chance to re-shoot the first situation so in the meantime I decided to take a couple of other image ideas. 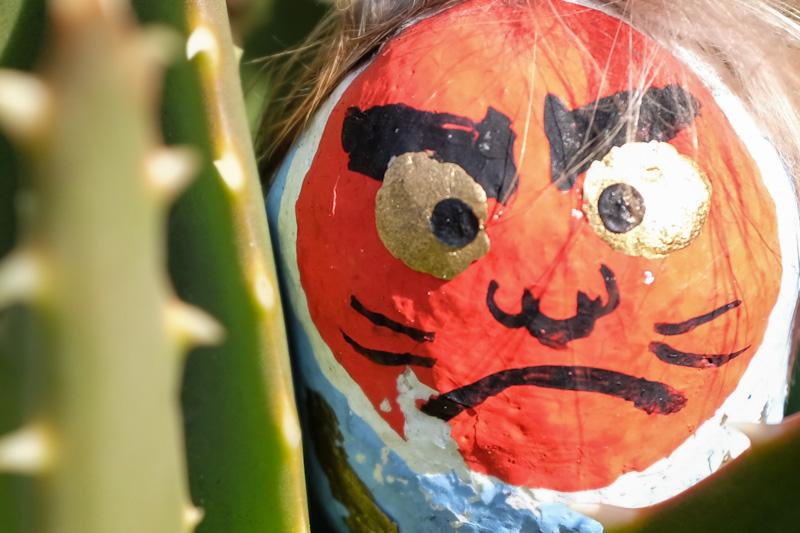 This image is heavily cropped and edited.  For me it worked better than the original uncropped  image, although I didn't nail the focus. Normally I would discard it or reshoot it but I decided it would be ok here as an illustration of what I tried to create.  The face takes up 2/3 with the aloe taking up 1/3 and it is in the foreground. 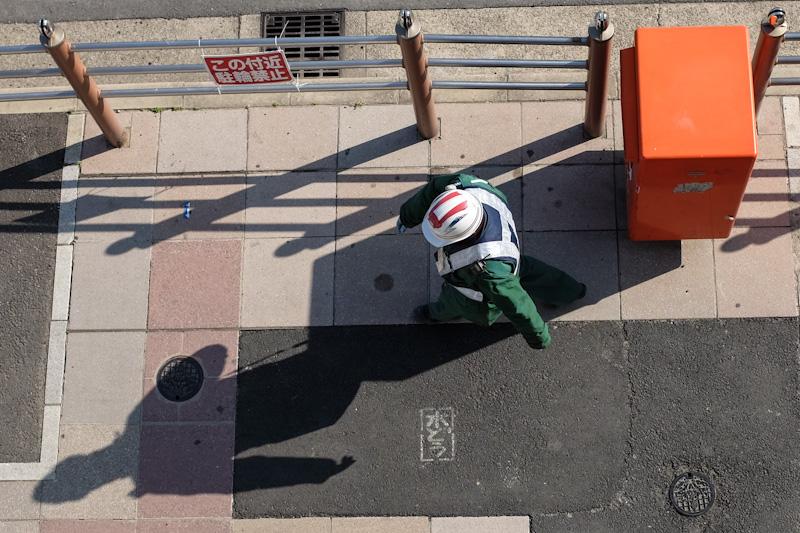 In this image, I was playing around with the cross point of the rule of thirds, diagonals and the straight lines.  Shot from above.  I waited a while to get this shot.

Almost forgot, this shot since I took it from my iPhone of my main camera I am using at the moment.  Again the main idea behind this shot was 1/3rd-2/3rds.  I didn't straighten the lens cap on purpose. 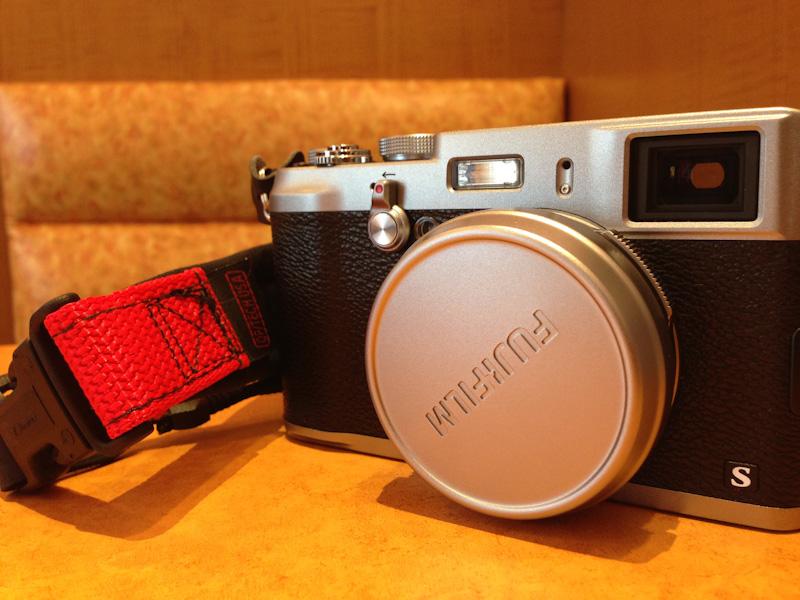 I have to say that actually going out and taking photos to conform to a certain number of restrictions is harder than it seems. From a learning perspective it is a good thing.

Here is my first attempt, but I want to keep on plugging at this.  I am deliberately posting imperfect work to get "the shitty first draft" out the door.

First shot (near the end of lunch):

I chose this as it seemed a good candidate for foreground, midground and background. I could also easily apply the rule of thirds with small repositioning. 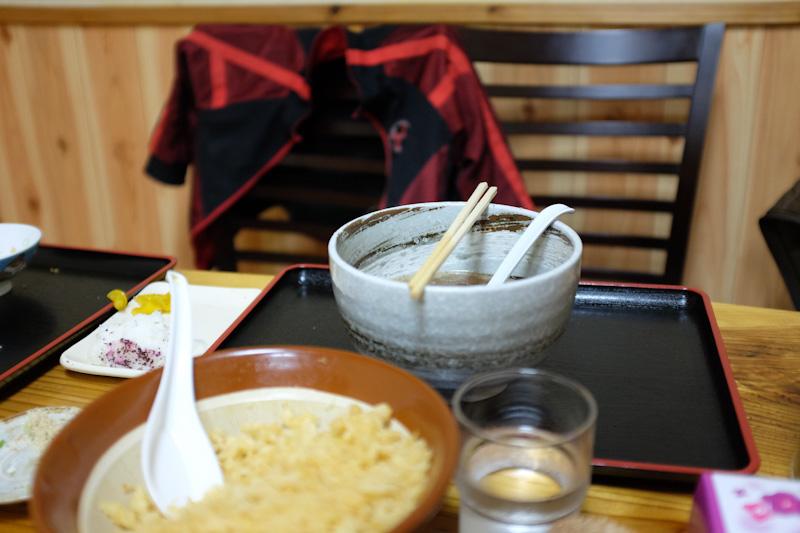 However the subject, the bowl in the midground wasn't in one of the thirds crosspoints.  I'm familiar with the rule of thirds but use/don't use it as I see fit.  But since I want to go along with the course and start from zero, I repositioned the camera to take another. 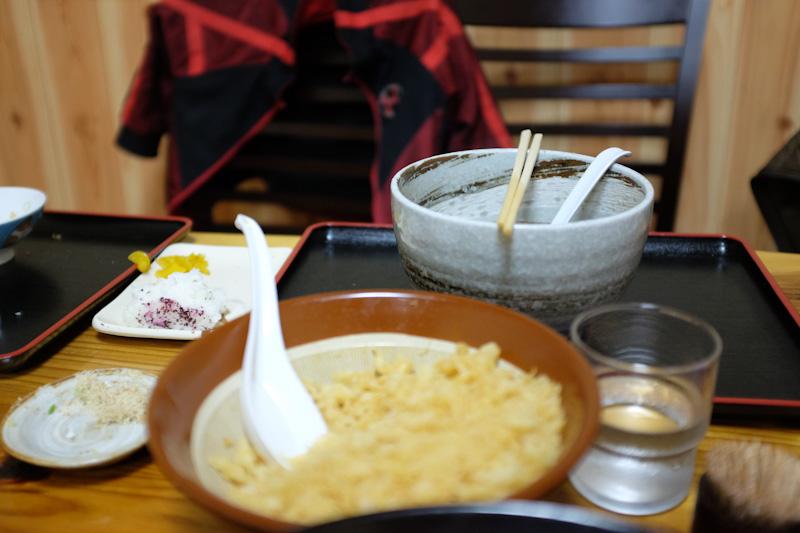 The bowl is now closer to the crosshairs of the thirds. But for some reason it didn't work for me.  Maybe it is the brightness of the white objects on the left of the frame.

I decided to revisit and edit the first shot to see if I could make it work better. 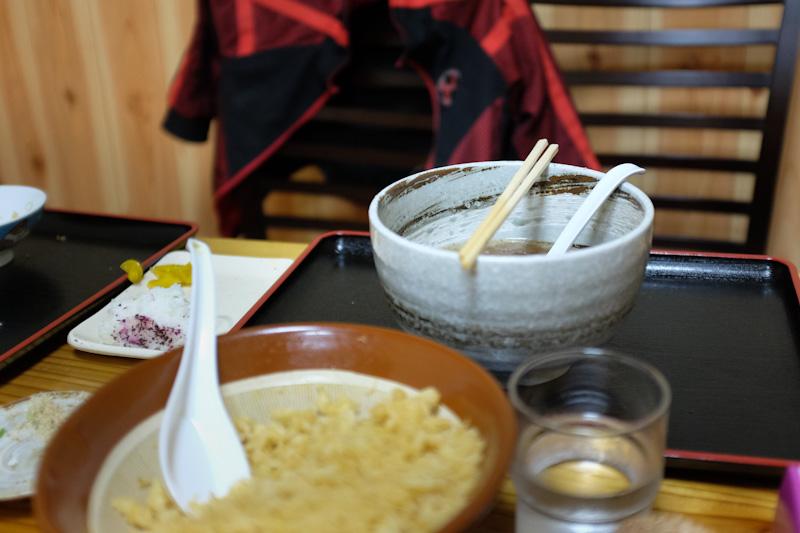 The edits done were a crop, that places the bowl close to the crosshairs, and a darkening of the left and left bottom.  It still doesn't work 100% for me, will keep on with the assignment with a different subject.