From Still Life to Style

I based my sketch on the second supplied still life photo and completed in in procreate because that was easier for me than setting up to sketch with paper and pencil. I haven't done a still life sketch since school which was more than one decade ago, so I didn't include any shading. I think my basic shapes and composition were pretty spot on but the bottom of the larger jug could be a little straighter.

For my inspiration, I looked at images from my favourite era of design (Mid-Century Modern). While I tend to use a lot of elements from that era in my style, I decided to experiment with something a little different and focused on images that included overprinting because I really like the end results of that technique. I also like the way it ends up looking a little like semi-transparent tissue paper has been used to create a collage, and the use of colour that was probably quite bright at the time yet has become muted over the years.

From there, I developed a pretty simple illustration which emulates the elements in the above inspiration images.

I quite like the way this looks. While it's pretty simple, I think the cut out style of the shapes is something I would like to explore more in future. 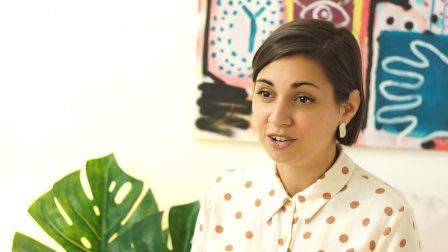 Observing Is Learning: From Still Life To Finding Your Style
Di Ujdi