Frog and Toad have some of my favorite childhood stories, stories of heartwarming adventures and lifelong lessons that stand the test of time. "Cookies" is not one of those stories.

In the tale, Frog and Toad can't stop eating cookies, eventually calling on birds to devour them before they're able to. It's a lesson on willpower that asks you to eliminate temptation altogether, rather than exercise self-control over it. I always found that to be an odd take so I've taken to a retelling that replaces the craving for baked goods with Instagram addiction, an even more dangerous draw in my opinion.

I'm including my breakdowns here and hope to have the short story ready to share later this week!

Setup: Frog and Toad are tempted by some delicious cookies.

Ending: Frog is proud of their restraint, but a regretful Toad vows to bake a cake.

Geography: Frog’s house, but with no real details established. Illustrations look like a cottage.

How can we eliminate temptation?

How can we control temptation?

Geography: A suburban home in the US, very generic.

Time period: Present day, with all the pulls of our on-demand, ready-to-order world.

Ending: With all this new time on their hands, the two decide to launch a podcast about their journey and kickstart their father/son side hustle 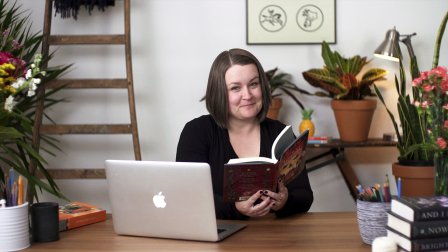