I finished up the final design tonight after having added a few last minute elements and getting the colors down from six to four. Overall I'm happy with the final result. I got the textures to play out okay with few issues. 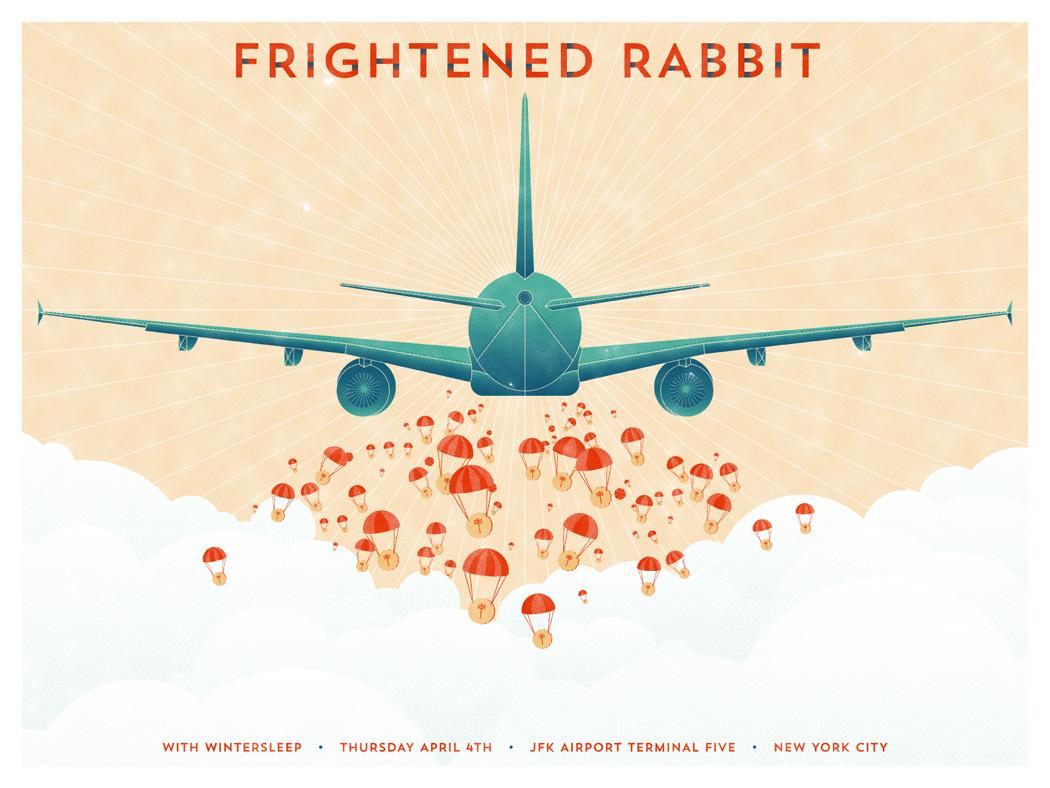 It's been an interesting and very busy last couple of weeks. Haven't had much time to work on this on top of everything else going on.

So far, I'm working along with the original concept and trying to still work out some details. Overall I think it's coming together. It still needs a lot of work, but would love to hear any feedback. 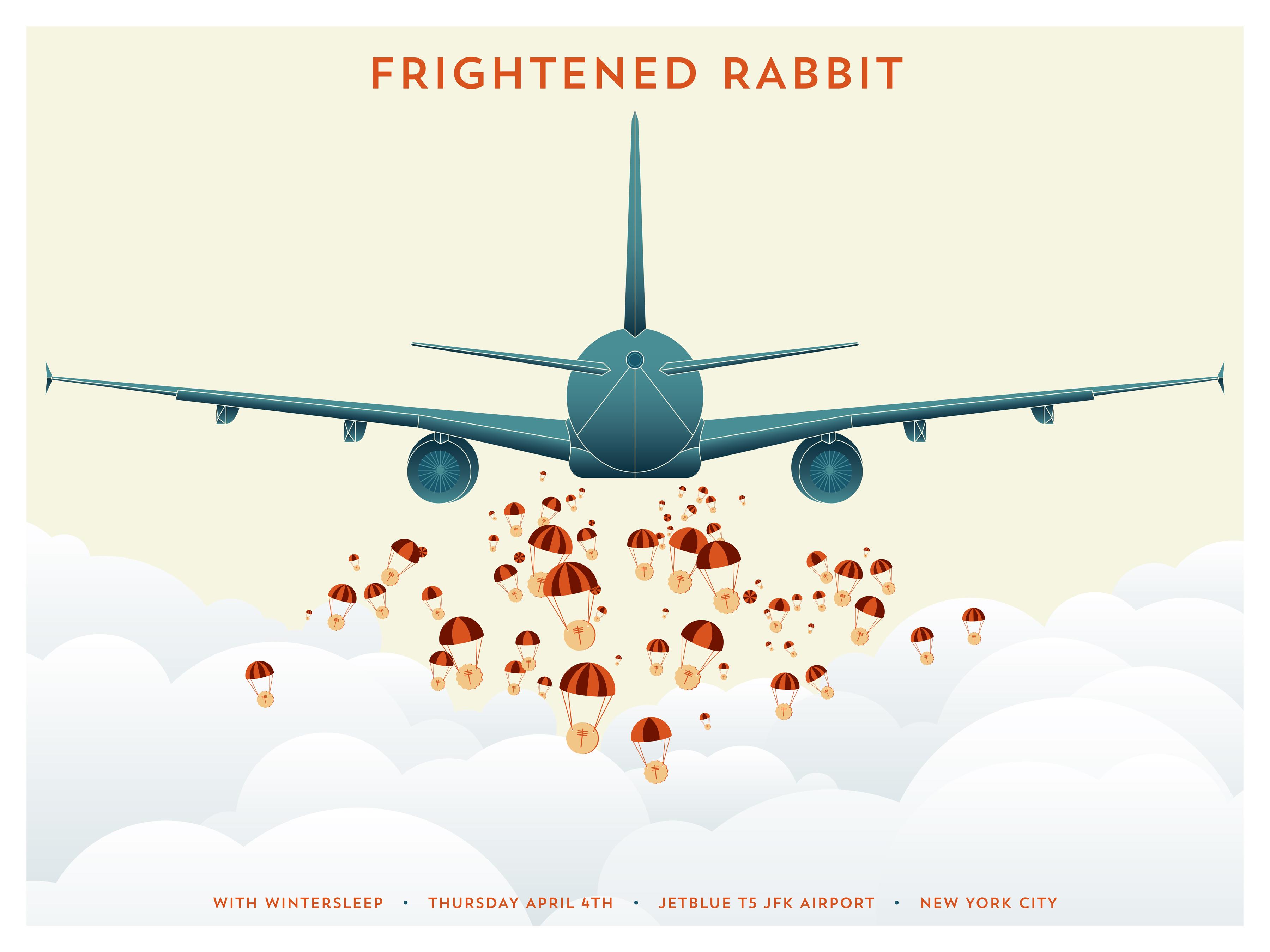 I decided to do a poster for the Scottish band Frightened Rabbits. They're a band I stumbled upon a few months back and have really taken to their music. There's an earthy and very honest quality about it that resonates with me.

Researching more about the band, I came to find out the lead singer and former of the band, struggled with shyness as a child (which I did as well), and the name of the band comes from a nickname his mother had given to him. Really cool story on a personal note.

I decided to base my poster around NYC, where I live and work, and a show that they're doing at T5 at JFK airport.

Each concept revolves around those iconic images of NYC, planes, and biscuits (backstory of the band that I discovered). They sent biscuits (cookies) to people who bought albums and came to their shows when they first started out. 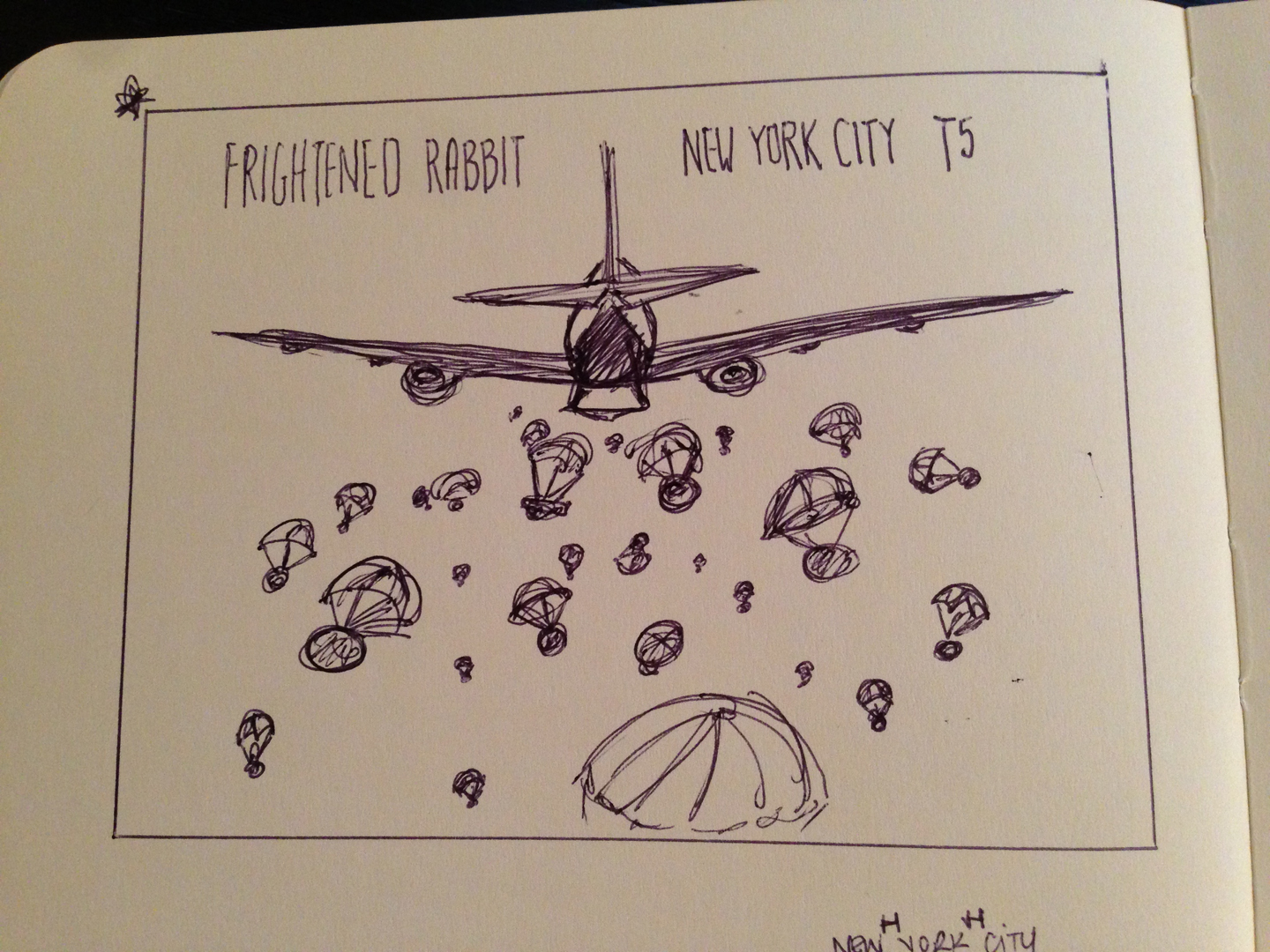 Concept 1 is a plane, rear view, flying in the clouds dropping biscuits in parachutes down upon NYC. Band name, city, and venue would be written in the sky centered off the back wings. 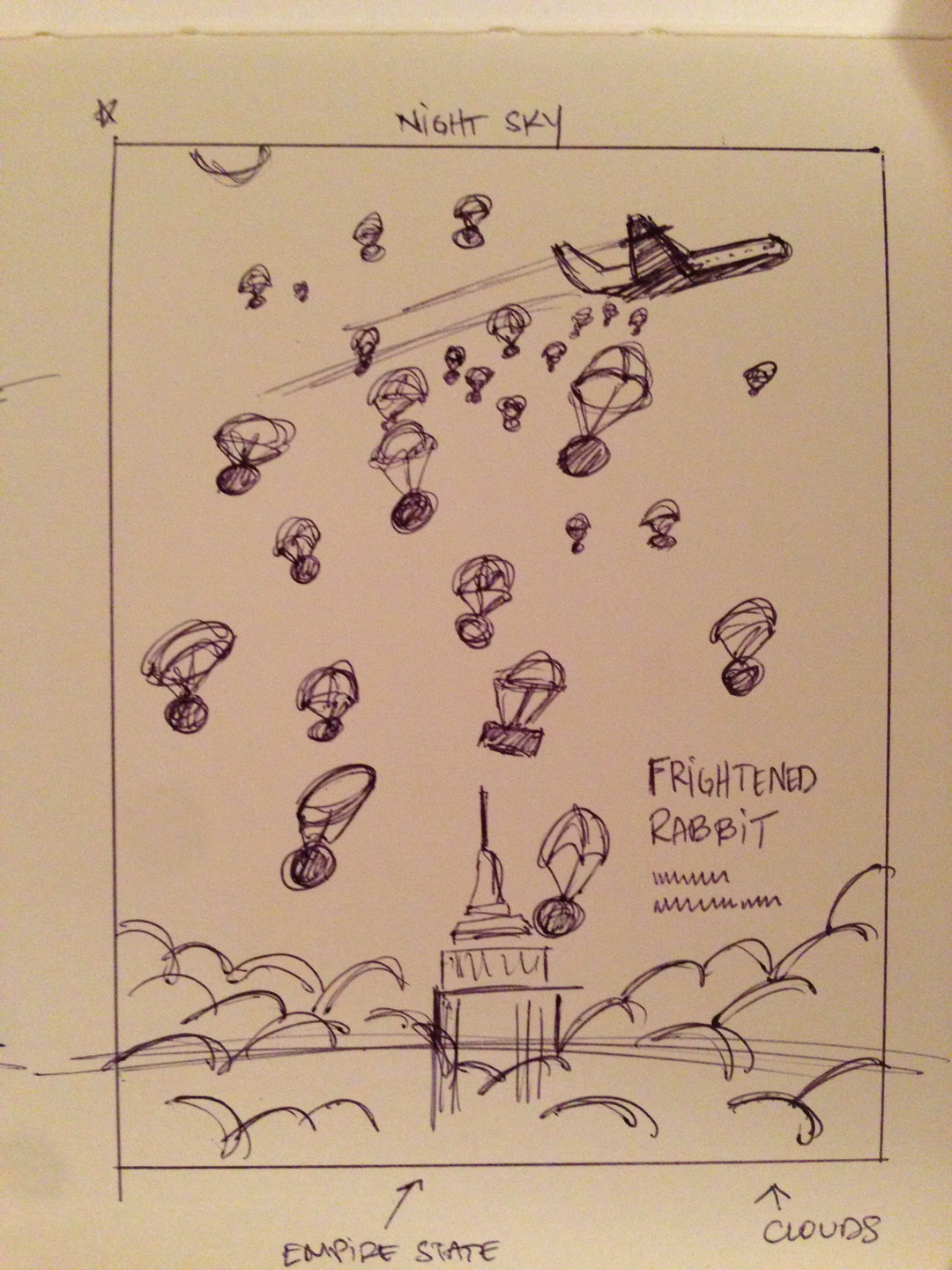 Concept 2 is similar to 1, side view of plane still dropping biscuits, with the top of the Empire State Building seen through the clouds. Simple type showing band name, city, and venue off to the right. 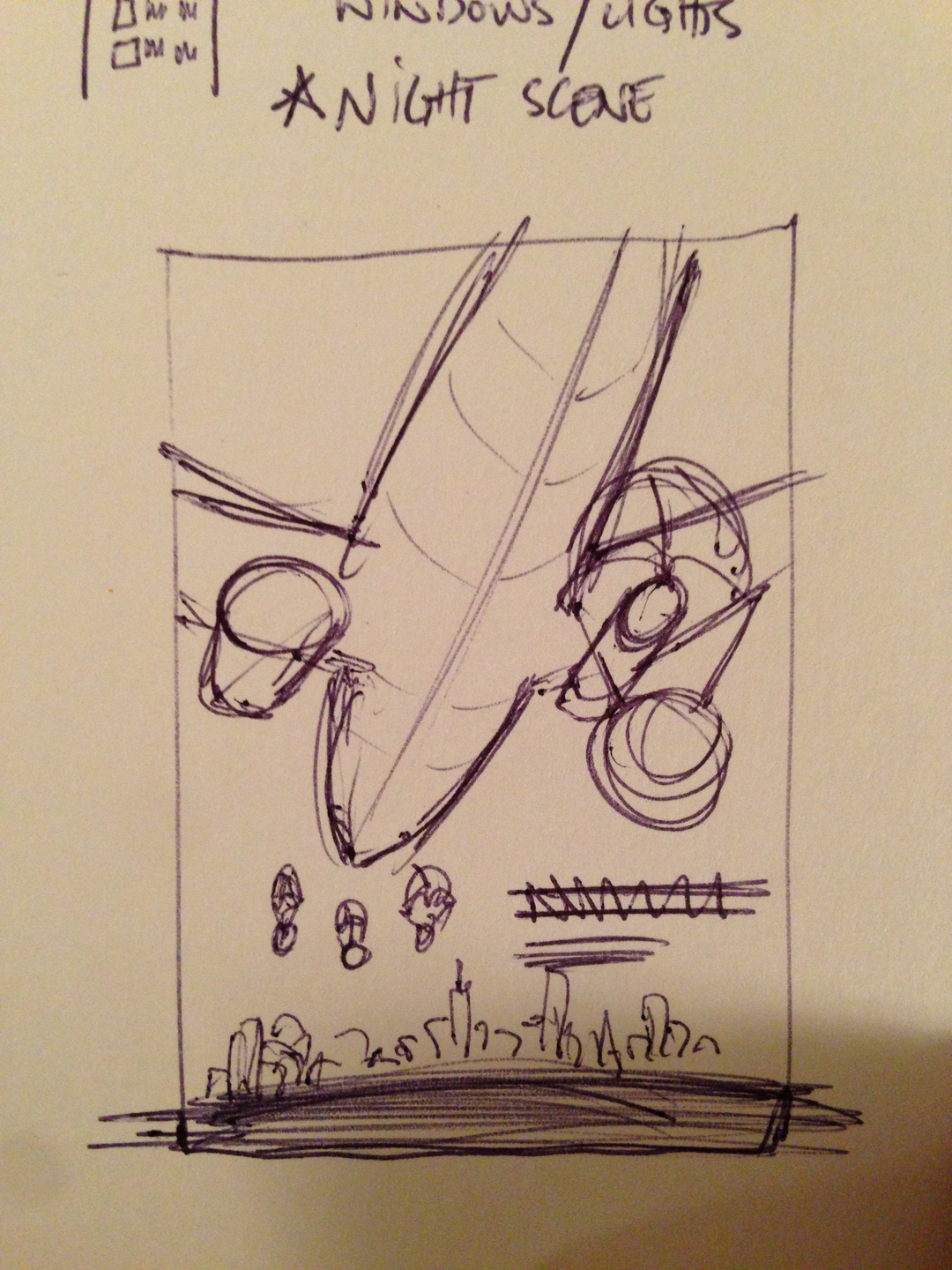 Concept 3 is a different view of the city from far away and an underbelly of the plane. Not my favorite of the three directions.

I had other ideas; stacks of biscuits that would make the shape of a plane, some more NYC typographic executions, or NYC centric executions, but they were getting to be too far away from the band and their story.