I already build the kitchen and the characters, and made one film with it, but it was like a pilotfilm, showing the world and the characters doing all kind of cooking and stuff. The story was not that good I think. I have a link to that film, if someone likes to see it. Now I want to focus on screenwriting, making a story with a nice plot and so. So I wrote this story, which is based on the old tale about a "Golem". Also the Dysneyfilm "the sorcerers apprentice" was besed on the "Golem".  This is a picture from the first film, so not from the film I am now writing the script for.

I wrote a first draft, without any rules of screenwriting, just to get started, then I will rewrite it in good screenwriting.

Length: ? maybe 9 minutes, maybe longer, depends on the way you tell the story

Freddy, a 10 year old boy, who is often home alone

-Spiky: a tincanman, who can do all kind of tricks and is Freddy´s best friend. He is very positiveminded.

-Abu, the talking hood, loves good smells, cares about things not getting out of hand, some kind of fatherfigure.

-Bo and Blixie, insects who love to cook and stir in pans, live under the fridge and come out to play when mom is not there.

-Mira, a lazy dog, who sleeps all the time on the sofa, loves pizza.

-a walking knife and fork, who like to get orders or meditate.

-various kitchen objects which can come alive, like a shaking fridge

Locations: a kitchen and a small urban garden

Freddy lives in a creative loft with his mom, but often he is home alone.

He invented (reel or fantasy, we don´t know) a lot of funny friends who live in the kitchen as well and help him cooking, doing the homework and are his playmates.

One day Freddy wants to build the perfect servant out of mud, water, air, fire and a magic word. First it works great, but since Freddy changed the recipe a bit, things get out of hand. How to solve this situation? A story based on the tale of the "Golem".

One day Freddy comes home, and he finds Spiky is already in the kitchen. Spiky is happy to see Freddy, because he considers him as his best friend. Freddy has a proposal to build a perfect servant. He learned in school about an old tale where a servant is made out of the 4 elements and a magic word. This servant does all you tell him to do. Spiky looks puzzled. "Don´t you just want to play we me? We can paint or so? I know lots of tricks as well!" But Freddy is decided to build a mudfriend. Therefor they need: earth, water, fire, air. He orders Spiky to go in the garden to get mud, Spiky is not so pleased, but he goes out to get the mud. We see Spiky in the garden, putting mud in his mouth and making bad faces, because it scratches his inner system (Spiky is a tin can)

Inside, Freddy has taken a big pan, and puts water in it. Spiky comes in and puts the mud in the pan as well. "Great" says Freddy, now we need fire and air, and a magic word. Fire is on the stove. Air is everywhere, they blow with their mouth in the pan. But he looks boring, all brown. So Freddy puts some paint in the pan as well. And some sugar, to make it a sweet servant. And a magic word. Now Abu, the talking hood, reacts worried: "don change the magic recipe!" But Freddy says, he wants his servant sweet and colorful, just as he likes. than out of the pan comes a colourful creature, Freddy and Spiky are impressed. They give the first order: bring us a hot cocomilk. The servant makes it very fast and serves it well. Next order: bake some cookies and feed us. This goes well as well. Now Freddy is so absorbed by his servant he forgets Spiky, he askes the mudmann to clean the kitchen, to do his homework, to massage his back. Spiky retires on the sofa, looking unhappy. Freddy keeps on ordering, but the mudman is getting crazy, he washes the cups, then fills the cups with water and soap, and puts it on Freddy head, he starts brooming the kitchen and starts combing Freddy hair with the broom, he eats more sugar and grows bigger.... Oh no! Now the knife tries to help, cuts a piece from mudman, but this piece starts getting crazy as well. Freddy calls to Spiky to help him, Spiky is still offended, but also worried. Freddy shouts: we have to take the magic spell out of him. But Spiky goes to the tap, drinks water, and wenn the mudman is near him, he just spits the water on mudmans head, and on the little new mudman as well. Mudman becomes mud again, a big pool of colorful mud lays on the floor.

Freddy looks at Spiky, feeling bad how he treated his best friend. He goes to Spiky and hugs him. You are a real friend! My best friend!

Abu says: "now you have some cleaning to do before mom comes home", Freddy and Spiky start cleaning...and they make a nice game out of it. 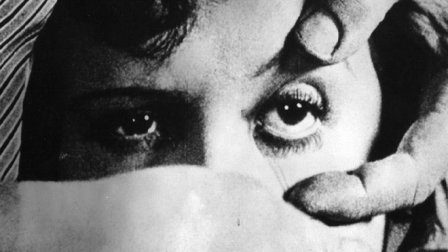