I have been pinning MANY different pieces of art for a looong time, so I tried to narrow the thousands+ pins down to something more discernable. I tried sorting by elements & principles at first, but even then I wasn't sure if I was perceiving it all correctly! I ended up picking my favorites from these categories (which were already a bunch of my favorites from several other boards!) to see if I could get a better sense of everything like that.

Right off the bat, I'm not really sure I can find any sort of common theme between all of these! I'm noticing certain colors and a general cuteness in most of them, but in others, it's starting to get a bit weirder.

From this, I've gathered that my main loves are "cute" art & "absurd" art. Everything feels fun and playful, nothing too dark. Still not really sure if I can find common shapes, lines, textures, or anything else.

With the completion of this board, I will now attempt to analyze the elements & principles at play!!

COLOR:  This one had felt pretty obvious to me before - blue/pink/purple pastels with some yellow or green, as well as brightly saturated colors used thoughtfully. As I'm trying to confirm this through my pins here, I see less of these themes than I had originally expected, but they are still very represented. I think the main thing is that the ones that don't quite fit this color scheme, I pinned for different reasons. Overall, I like light, happy, fun colors!

TEXTURE:  A big thing I've noticed about texture is that I like a more colored pencil type of look (I think? I admittedly don't have a lot of experience here), so the texture more comes from the "canvas" of the art rather than individually textured pieces? Although, there are also cases of minimal hair & clothing detail as well as collage pieces with photorealistic flowers. Not sure!

SPACE:  I'm not really sure I interpreted this one correctly, but I chose a lot of pins where characters are part of a larger scene, giving a "space" for them to reside in. However, there is also the case of the walking toast person for use of negative space. I guess I'm saying I like pieces with environments that tell a larger story? Not sure that's what space is supposed to mean, but it helped regardless!

CONTRAST:  I'm choosing contrast as an extra because it's another one I'm not sure I interpreted fully correctly, but one that still helped with realization. As seen most clearly in the surreal pieces, I tend to like unexpected combinations, but it is also present in the more "down-to-earth" ones with things like sprouts growing out of heads and wild animals in space helmets. I think there is a different element of contrast at play in others where there are pops of bright color in an otherwise more neutral scene.

As for things like shape, line, balance, etc., I don't really know! I think I like a more "cartoony" and not super-realistic feel in general, but I'm not exactly sure how to pinpoint that through shape and line since they both seem to vary. The only other thing is for repetition, I know I like patterns!

Overall, I feel like I understand the "feeling" of my choices more than the technical parts! I guess I still have quite a ways to go! :) 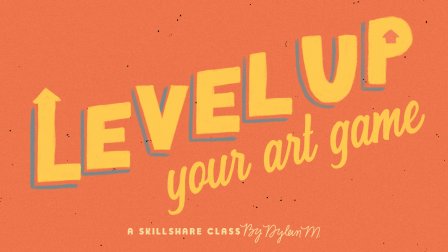