Well I finally got around to mostly finalising my design. It was a busy week so I was unable to get it done till now. :( Anyway, I have made two versions. I decided to cut out ken in the end and just have the bee since it fits better. Also the logo is now a tattoo on his arm. For the font I basically had to take a brush script and alter it alot to get something similar. >_< Please let me know what you think. :) 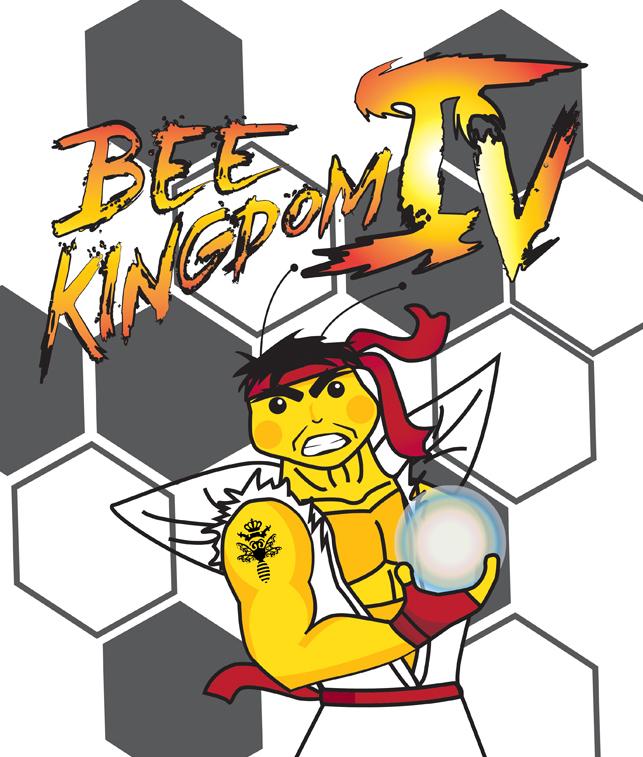 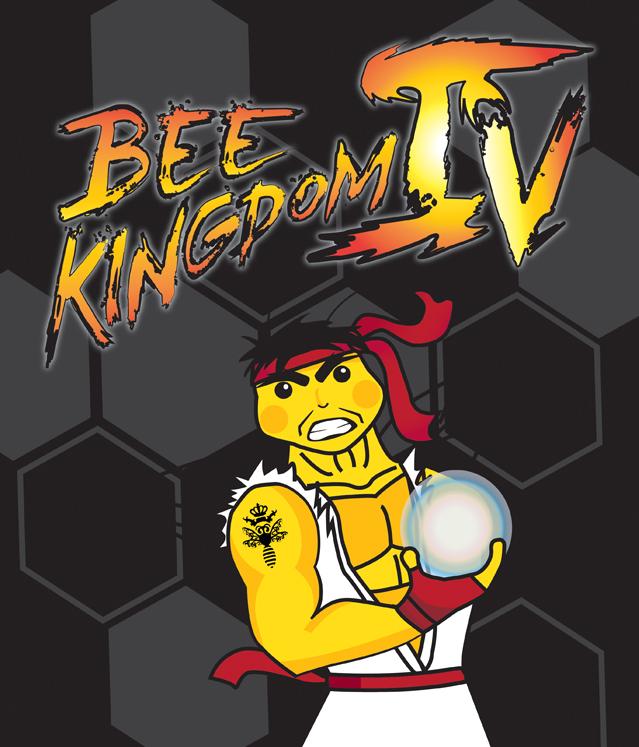 I took the bee character that comes up a lot and made him into Ryu. The honey bear is his best friend Ken. Ryu's fire will be a glowing gold to emulate a hot gather of glass. I will use the reaccuring honeycomb graphic that comes up in the background of most of their pieces. This element will be charcoal on a black background. The top words I will try to emulate the Street Fighter font as much as possible with the orange and gold gradients and a white stroke on outside of black stroke.

This piece will not be a fully rendered and detailed illustration but more of a flatter graphic similar to their posters below. I will also put the bee kingdom logo in the bottom. I will see how it goes.... :) Not sure I am happy with the bee's face or his tummy stripe yet... I think I will play around. I might make his angry face more like the poster below of the four boys. Maybe a lighter opacity of tummy stripe..... I will have some sort of cheesy line at the bottom like fighting bames often do. I am not 100% settled yet on the sentence I have below so if anyone has a better idea please let me know. 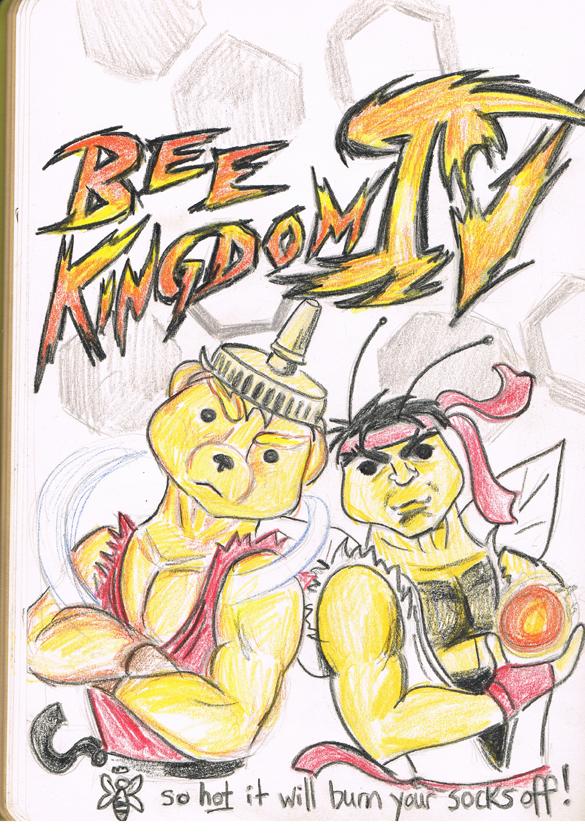 So since my work hasn't gotten to the point where I can really have a cohesive brand yet, I  got the permission from my friends the Bee Kingdom glass blowing collective to do some work for their brand.

These boys started their collective back on 2005 with mainly glassblowing. They chose the name Bee Kingdom to represent the collaborative group atmosphere that their collective has, much like a hive. Also when glass is molten it resembles honey on the end of the punty.

Over the years the Bee Kingdom brand has grown and become more refined. It now encompasses glass, illustration and design, multi-media pieces, drawing and sometimes the occasional performance. All of the members of the collective have their own lines of work as well as the main collaborative line. In recent years they have printed a few t-shirts with the main logo on it but I would like to expand on that.

A lot of the illustrative work that comes out of their studio is very strongly rooted in the ideas of "cute culture" and sometimes video game graphics. The Bee Kingdom logo, bees, charactures of the boys and honeycomb are also common and reacuring design elements. The Bee Kingdom boys often wear yellow and black as their trademark colours at special events and all members get yellow chuck taylors. Even some honorary members such as the dean of the art college and the mayor of our city also now have yellow chucks as honorary members.

With my t-shirt design(s) I hope to keep close to this theme and make a piece that they can possibly market in the future. 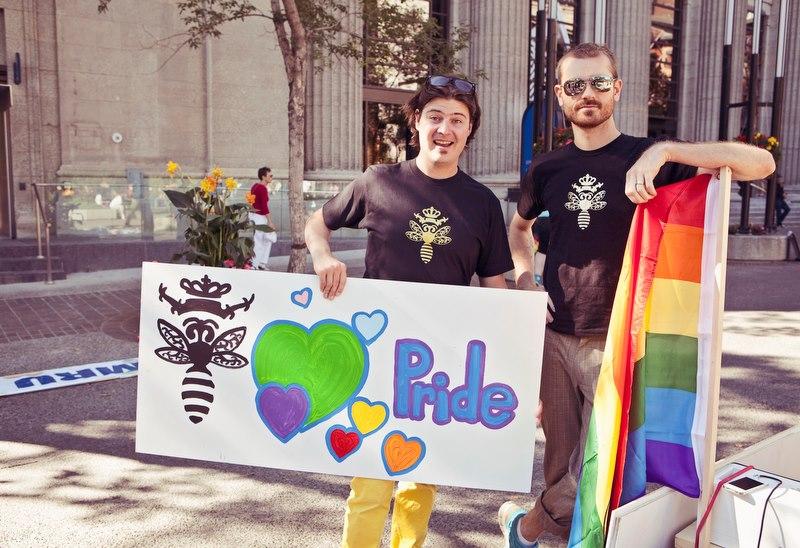 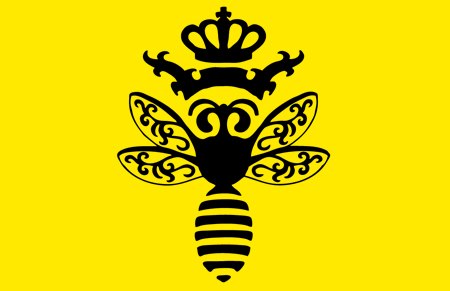 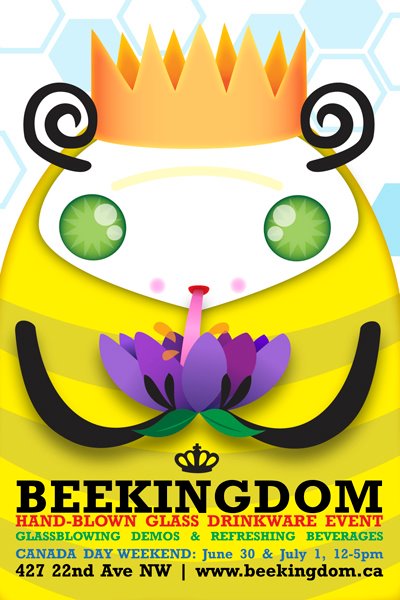 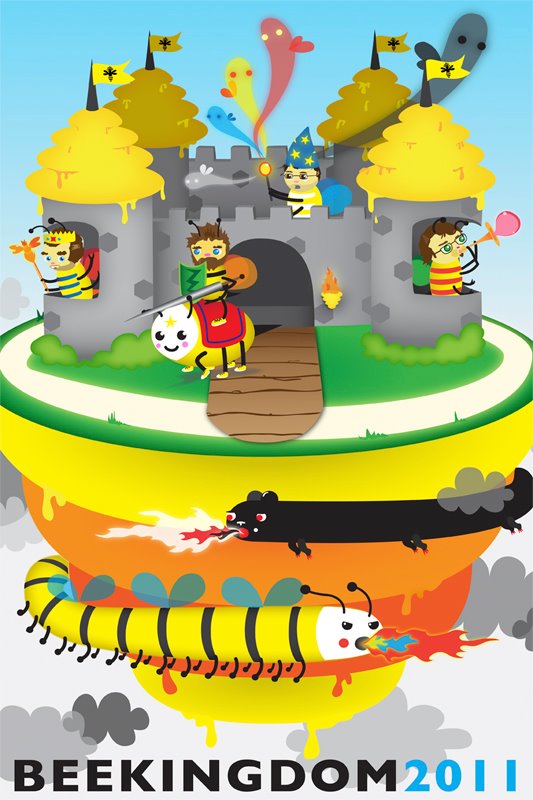 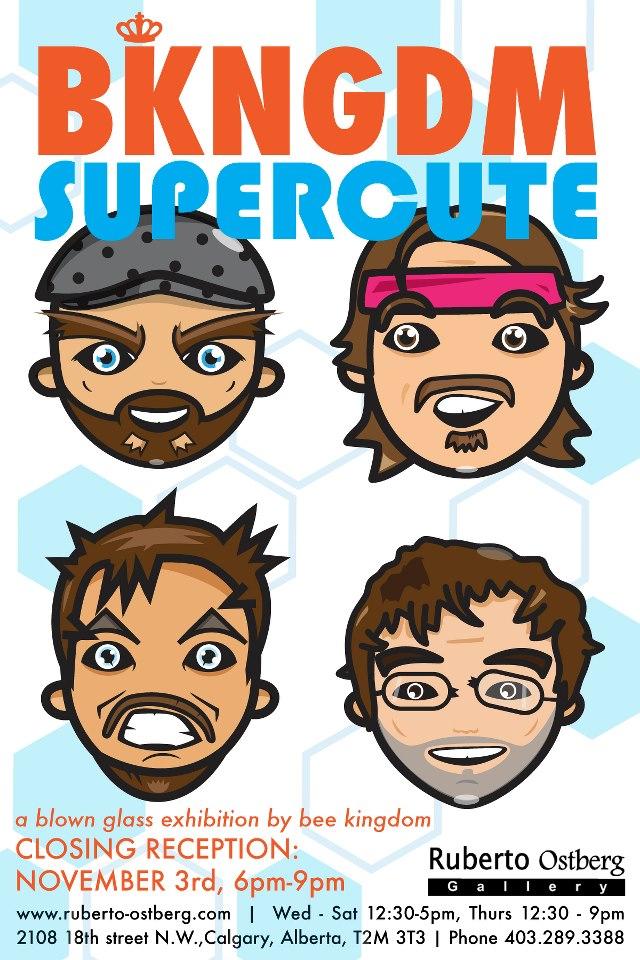 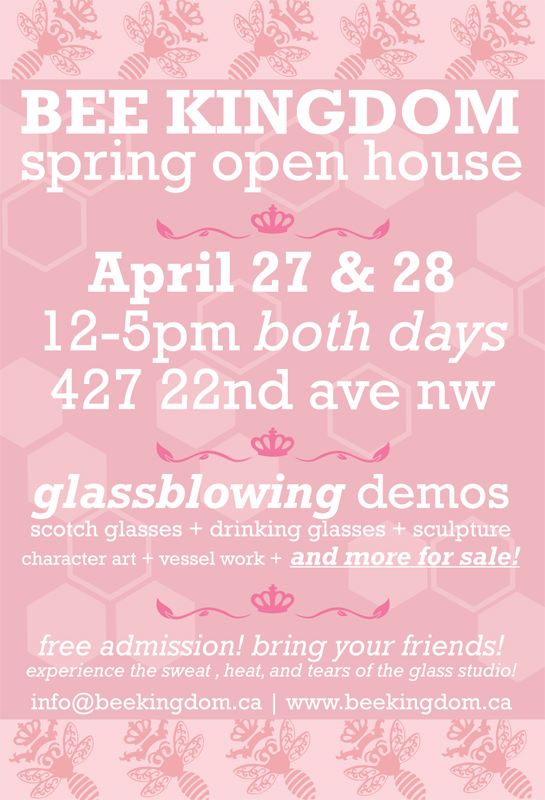 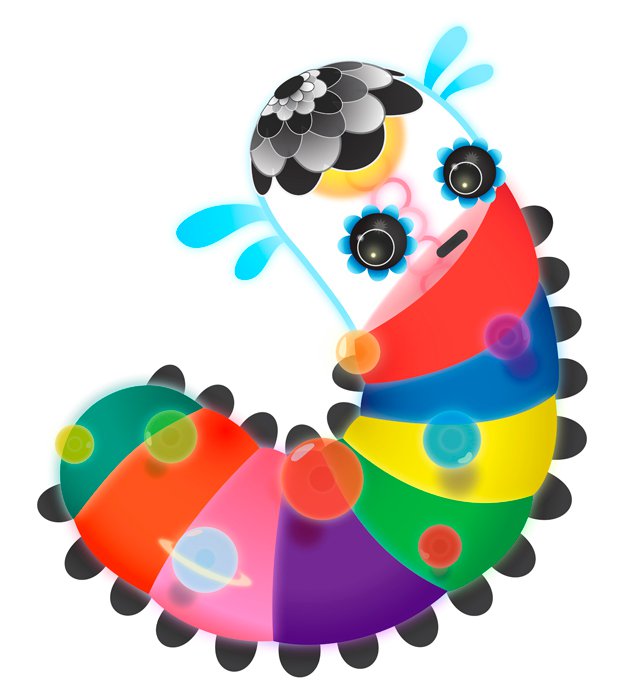 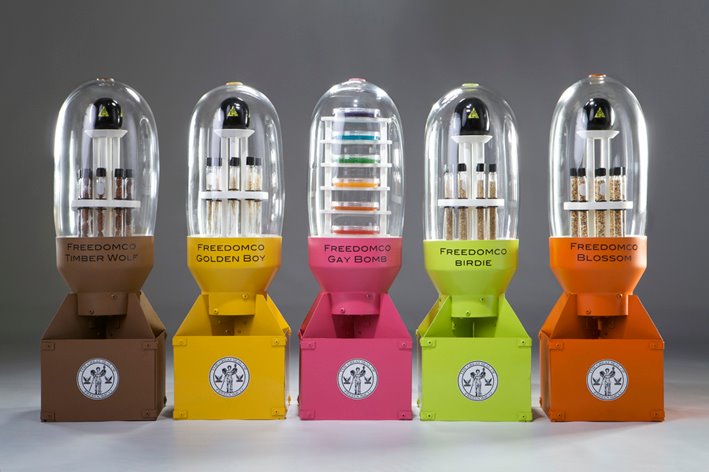 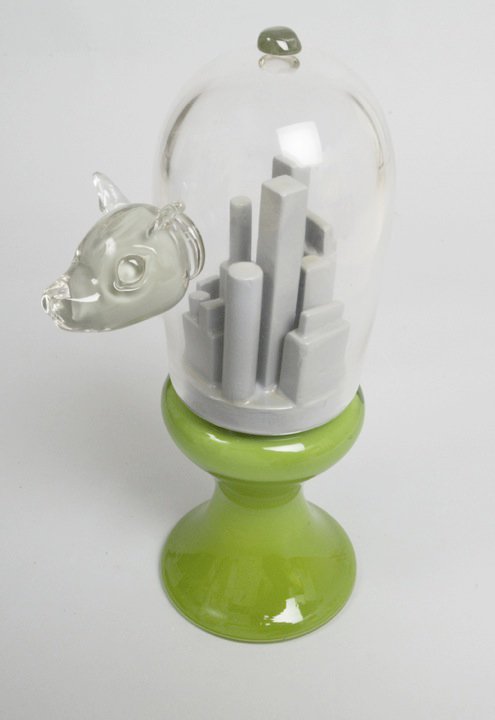