For a friend's band, Bear Lincoln

Hey classmates! So I've always loved keeping up with album art and gig poster design, but have never tried to make something of my own for that purpose. I'm especially inspired by Jason Munn, The Heads of State, and Julien Pacaud. I love how they employ a visual wit to all of their work, and use simple but stunning color palettes. Anyway, some friends of mine in a funk band called Bear Lincoln are starting to book shows and are in need of posters, and I am attempting to help them out. The band members are fun people who don't take themselves too seriously, but are very serious about the music they play. I want to design something for them that's fun and funky, but visually simple. I'm hoping to design something that can be screen printed as well. I've started working on a draft of a logo, and might like to incorporate it into the poster (the logo needs work, so feedback is appreciated!). I just ordered a scanner, so I'll be able to make sketches and scan those in at some point. Thanks for reading! - Maria 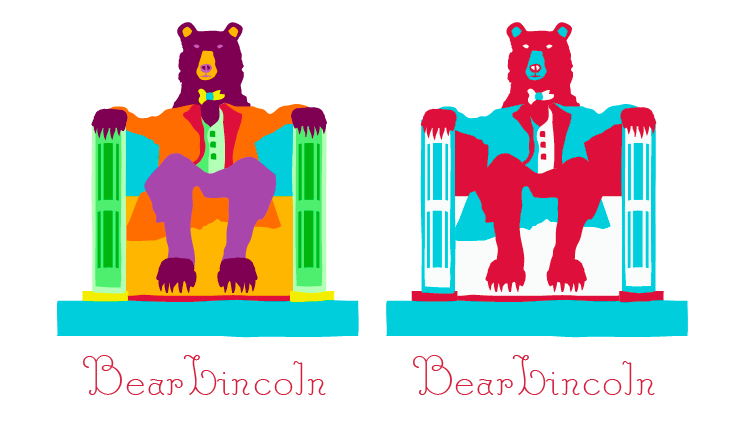 Started brainstorming some poster concepts. Will try out some sketches for the first 3. Thoughts?

More concept brainstorming:
4. Something that has nothing to do with a bear or Lincoln -- A vacuum cleaner?
5. Money -- A penny or a $5 bill with a bear instead of Lincoln. I'm not impressed by money, so I probably won't be motivated to do this...
6. Candy -- Gummy bears and …. a Lincoln log house? Like the 3 little pigs? Probably won't do this, but gummy bears would be funny :)
7. California/Flag -- The band is based in Berkeley, CA, and the CA flag has a bear on it… possibilities here?
8. Bear Xing sign -- Lincoln xing sign?
9. Naked Lincoln -- as in… bare Lincoln
10. Hats -- Smokey bear hat vs. Lincoln top hat 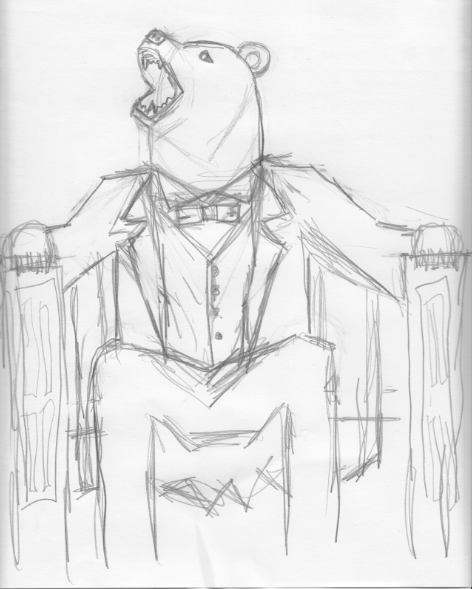 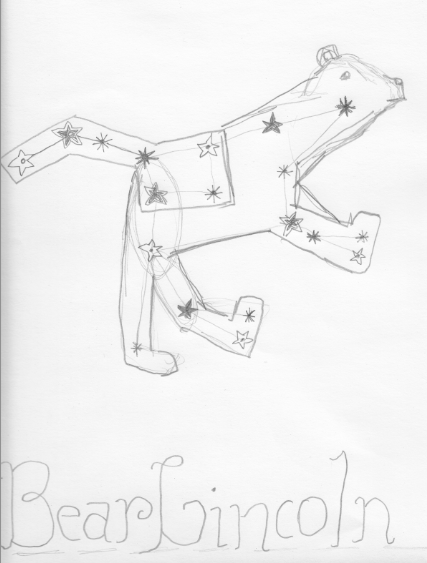 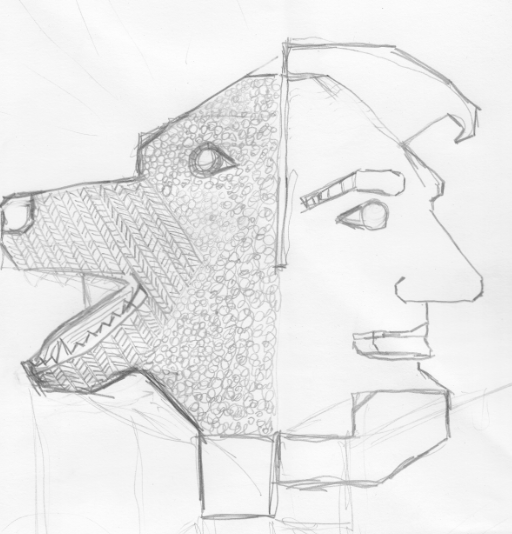 I think I'm going to continue developing concept #1. #2 is too subtle, in terms of recognizing the Lincoln reference, and #3 made me realize I'd rather avoid illustrating Lincoln's face.