Esther is a twenty two year old woman who lives in a small town in Tennessee. A native to the area, she is proud of her roots and her hometown is a huge part of her identity. She is used to living in the country, but also has become accustomed to the fast life-fast money, fast interactions, and fast cars. She has also been introduced to fast drugs-or, more specifically, meth. She believes she is in control of her life, despite being homeless, and she is not addicted until her long time boyfriend, Joey, is killed over $20 worth of meth. Joey was only nineteen when his life tragically ended, and shortly after his passing, Esther finds out she is pregnant.

Esther wants nothing more than to be an outstanding mother and to have a healthy pregnancy, as she understands childhood hardships that most of her friends have not experienced. A product of a broken home herself, one of Esther's biggest fears is that she fails her child like her mother failed her. Esther's mother routinely beat her, and she was abused by her step father as well. Esther's mother has died before the story takes place, and she is firm in her belief that her stepfather would kill her if they ever were to live together again, so she stays as far away from him as possible. Esther quickly decides to put the drugs down once she finds out she is a new mother, except she finds out that quitting cold turkey is a lot harder than what she expected.

Esther moves in with her cousin Brielle shortly after finding out she is pregnant, so that way she is no longer living in her car. Brielle is unbearable to live with and berates her constantly because she is pregnant and unwed. What Esther doesn't know when she first moves in is that Brielle has a drug problem of her own, and is extremely reliant on pills to function. Esther goes to Social Services to apply for public housing, and comes back to Brielle's home to find her almost dead from an accidental overdose. Esther calls 911 and when Brielle wakes up in the hospital, she becomes enraged and kicks Esther out, putting her back in the same situation she was trying to escape.

Esther decides to stay with a friend of Joey's named Nick until her application for public housing is processed. She has little to no money, and decides to start selling drugs to stay afloat. She finds out Joey's mother is upset she is pregnant with his child, and wants her to have an abortion. Under a tremendous amount of stress, Esther relapses and almost loses her baby. She understands the consequences of her actions and decides to go to rehab.

Esther is relieved to find a rehab only an hour and a half from the town she lives in. They accept her with open arms, and she learns that she is having a baby girl while she is there. She spends the entire 90 days in rehab, and comes back to her town to find out her application has been approved and there is an apartment ready for her. Esther is about seven months pregnant at this point, and is struggling to find a job. She is determined to have some money saved that is hers and is made legally, instead of selling drugs. Esther lands a job at a fast food restaurant as a cashier and is ecstatic to hear they will employ her through the rest of her pregnancy and after she has the baby, under the condition that she stay sober and agree to take random drug tests. She accepts the job with tears of joy in her eyes, and goes home to find out her apartment has been broken into. Esther has a limited amount of items for herself anyway, so she is devastated. Nick finds out, and helps Esther clean up the mess and helps her throw a baby shower. He says that he believes that Joey would want him to help Esther during these hard times, and to not pay him back for anything. Many members of Joey's, Nick's, and Esther's family show up, and Joey's mother has finally come around to the idea of her soon to be granddaughter. Joey's mother also gives Esther a considerable amount of money, and Esther uses the money to fix her car, as well as buying an actual bed for herself instead of an air mattress.

The story ends with Esther going into labor shortly after getting off work, and Nick taking her to the hospital. Joey's mother meets her there, excited and with a pink balloon that says, "It's a Girl!" Esther has her baby and decides to name is Jocelyn Celeste, or Joie for short.

I taught the weeping willow how to cry 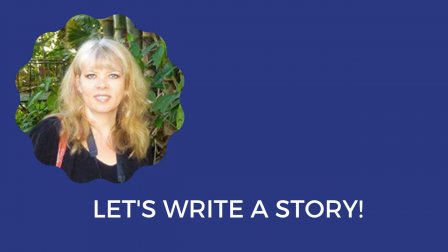