This was my first light painting experiment. I used a torch to paint and a speedlight on the floor. Except for the first image, the flash was set to rear courtain because I wanted to be caught while drawing. The torch light is white but I used it parcially covered with my fingers in order create bicolor lines.
This is a purely didatic exercise, of course.

After that I built a light sword with leds. As I didn't have a model, I just an old garden chair in the scene... but I think it was enough to see if I understood the process.
I thought the leds would give continuos light, but after the shots I realized that's a pulsing light as the led trails are dashed lines:

As suggested by the teacher, I combined these last 3 pictures in Photoshop (blend mode Linear Dodge) and tweaked the result in Lightroom: 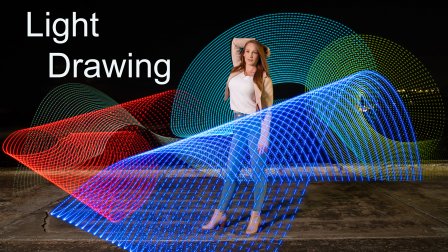