Loved this class. I really enjoyed creating my first weaving and I've started a second which is taking much less time now I know the techniques. I didn't take many in progress shots and I wish I'd taken a photo of the yarns I used before I started but I kind of chose them as I went along. My weaving isn't perfect but for my first attempt I was pleased with it. I'm going to send it to a friend as a house warming gift.

Some observations about weaving I had:
1. Has anyone else inadvertently woven some of their own hair into their weaving?
2. I did a lot of this weaving while sitting on the couch watching TV and I had to try to be mindful of my posture because after an hour or two my back and neck would ache. I know a lot of people put their looms on tabletop easels but I really wanted it to be something I did while my partner and I watched TV, so I think I need to make myself a set up on the couch where I won't be so arched over, perhaps with a little desk.
3. I have two small, identically placed bruises on my upper thighs from sitting my loom on my lap while I wove, haha.
4. I've been finding some really interesting (mostly natural fibre) yarns at thrift stores in big mixed bags. 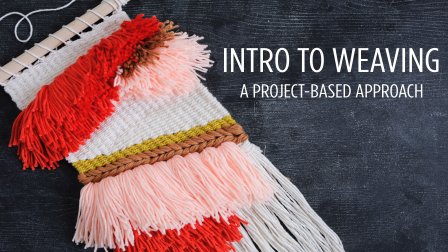