I had quite a bit of trouble in the beginning because the first video was a tad too fast for me to understand which shortcuts to use how and when etc. This became a bit easier though after I found the shortcut list (even though like one or two of them were wrong, but that could be corrected through simple googling).

After getting over the initial hiccups I really started to enjoy working with illustrator! I tried out some additional stuff as well, like shading the alien or distorting the text. (Although I couldn't find one of the texts used in the video on my Laptop, but I found a different one which was kinda interesting to experiment with) 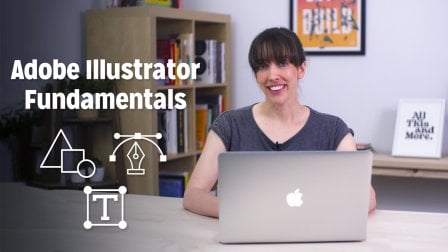