Short Blurb:
Life in Zuzu City is dull, and Kassandra Collins has had enough. Thanks to her late grandfather's gift she has a shot at a new life in Stardew Valley on Pines-Watch Farm.

Long Blurb:
Life for Kassandra Collins was of city life. Dragged through the life of living in Zuzu city, her spirit fading, until she's had enough. Having a letter from late grandfather and his final gift, the old family farm, Pines-Watch Farm, located in Stardew Valley. Mind made up, she makes the leap. Though the question of failure is large, and the valley is full of mysteries. Will she be able to over come, or will she fall?

"Hello, thank you for calling Joja's customer support, my name is Kassandra. How can I help you today?"

"Fuck you and your company! I fucking can't believe you people have the nerve to sell us that shit you call fucking TV! All there fucking is, is static!!"

"Ma'ma, please calm down. Now let me see if I understood you correctly, you bought  a Television, and you can not get any channel to come in?"

"Calm down my ass bitch! And no shit I just fucking said that!"

Leaning back in her seat, a girl closed her eyes tight. Her breath was shaky as she fought back stray tears. Bringing her shaky hands close to her face to take off her headset so she could set it down on the desk. She focused on her breathing, thumb tapping each finger, going down the line then back up. Her breathing slowly began to calm down, as she forgot about the woman waiting on the line. Her eyes fell to the drawer of her desk, a shaky hand reaching towards it and opening it. Inside was filled with gum, papers, pencils, and under it all an envelope, not a wrinkle or crease on it. The seal a royal purple, the sight brought tears, as she brought it to her chest. Memories running through her mind.

It was late by the time she had finally gotten to the small cottage of her grandfather's home. Eagerly running ahead of her parents to meet an elderly man's arms. A giggle ringing into the sky. "Pop-pop!" She squealed in delight feeling the warm tender embrace of the man. Despite his age, the man was strong, and his beard was large but tamed. The small child, eagerly chattering the elderly man's ear off with how their ride went. They went every summer, and stayed the whole time, but come fall she had to always leave for school.

Normally her parents left, but that year they stayed. And the elderly man didn't look as well as he used to. And when they reached the small cottage the home looked different, she recalled the old man beckoning her forward, and handing her an envelope. His words made little sense in her young mind. All she knew was when she woke up the next day, her grandfather left them, the child didn't even know how the rest of the summer went by.

The words of her grandfather echoed in her mind. "Kassie, my dearest niece, I have a gift for you. I want you to not open it yet, as there will come a day when you'll feel crushed by the burden of modern life. And the bright, loving spirit you have will fade into a growing emptiness. When that happens, my girl, you'll be ready for this gift." With eyes shut, she thought back to the mess she was. She thought back to her childhood, how it was so lively, and then crashed, and how she felt she was drowning.

Carefully she opened the letter, reading the words of her late grandfather. Her chest already aching, it was so long ago, but she missed him.

If you're reading this, you must be in dire need of a change.

The same thing happened to me, long ago. I'd lost sight of what mattered most in life... real connections with other people and nature. So I dropped everything and moved to the place I truly belong.

In this letter, I've enclosed the deed to that place... my pride and joy: Pines-Watch Farm. It's located in Stardew Valley, on the southern coast. It's the perfect please to start your new life.

This was my most precious gift of all, and now it's yours. I know you'll honor the family name, my sweet Kassie. Good Luck.

Tears, they rolled down her cheeks gently. She folded the paper up and put it back into the envelope. Then grabbing anything she deemed she needed was placed in her bag. It was time to leave this place, and she had a feeling she wasn't coming back. No, it wasn't a feeling, she was set on not coming back.


It was late afternoon by the time she got home. Home for her was a house with her parents since apartments in Zuzu City were overly priced. Also, it was to help with the small family store. Nothing fancy, but it was a nice little bakery. Though Kassandra often found herself icing the cakes, not baking. Her creativity couldn't be held back, not when she got to see the faces of the customers.

The barking of two dogs charging towards her made her giggle as she braced herself for impact. The large companions greeting her excitedly with kisses, tails swaying side to side with a furry like no other.

"Nice to see you guys too. You guy didn't cause trouble did you?" She said, sitting up and looking at them intensely. The laugh of a woman causes her to look up to see her mother.

"The two were fine, even put up with the children in the bakery." Once those words were spoken it was Kassandra's turn to laugh again.

"Well good, I put all that time into training them. I guess they've earned a treat then for good behavior." With the magic words spoken the two large dogs got off, their eyes begging for their rewards. Kassandra got up and grabbed her bag setting it on the living room's table and retrieving the treats from a shelf. Taking out two, she placed them down apart from each other and the two went after them with joy. Smiling she thought back to the letter, the farm had plenty of space, and better for the large animals. While many walks and the small backyard did decent enough, she hated having to keep them cooped up in the house. But for now, she had to talk to her parents.

"Mom, can you get dad, please. I...I have something I want to tell you both." She said softly, though her mother nodded with a kind smile and went to find her husband.


The talk went oddly smooth, though the idea of their only child leaving was heartbreaking for her father. Though Kassandra promised many calls and pictures, and when things were set up they could always visit. There were points brought up that made her pause though. When her grandfather lived there he had raised animals and grown crops, and while Kassandra helped, she was not amazing. Granted small potted plants were kept, but most of the plants were bamboo. But it was simple to care for, growing crops won't be as simple. But animals, well Kassandra always had a way with them. Niko was a German Shepard, Husky mix, while Nina was a Slovak Wolfdog. Both trained a good amount, and well behaved, a proper pack. And it didn't end with dogs, Kassandra often found strays wondering up to her to where she carried small amounts of dry kibble so if she ran into one she could offer some food.

Kassandra already had in mind animals being her main goal with her new life. But they were pricey, so plants would have to do for a while. So with a plan in mind, her parents helped her find Lewis' number and prayed it still worked. When the phone rang the fifth time Kassandra started feeling nervous, though when a voice finally picked up she gave a squeak. Though she quickly discovered it was still Lewis, and told the mayor all he asked for. With her arrival day set and a cheer of victory, Kassandra started gathering boxes and bags and began the worst part of moving, packing.

This story I plan to put on Wattpad, and my other accounts. So please feel free to leave me feedback. It is a fanfiction, so if you don't know the game and want to know, it's Stardew Valley. 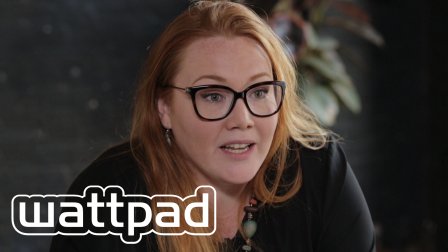