I had ambitions with this map of Downtown Los Angeles. I wanted to do hyperlinks to the restaurant websites but the actual creation of it on Illustrator took much longer than I anticipated. (Also, I may have to resize it and save it again since I can't seem to get a clean copy of it. Huh.)  Although it took a long time to create, I enjoyed tackling this and hope I can get even fancier with my maps in the future.

This map represents the places that I've eaten at for the past ten years while working downtown. I'll be honest and tell you that I tend to hit the same five but there are quite a few to choose from. 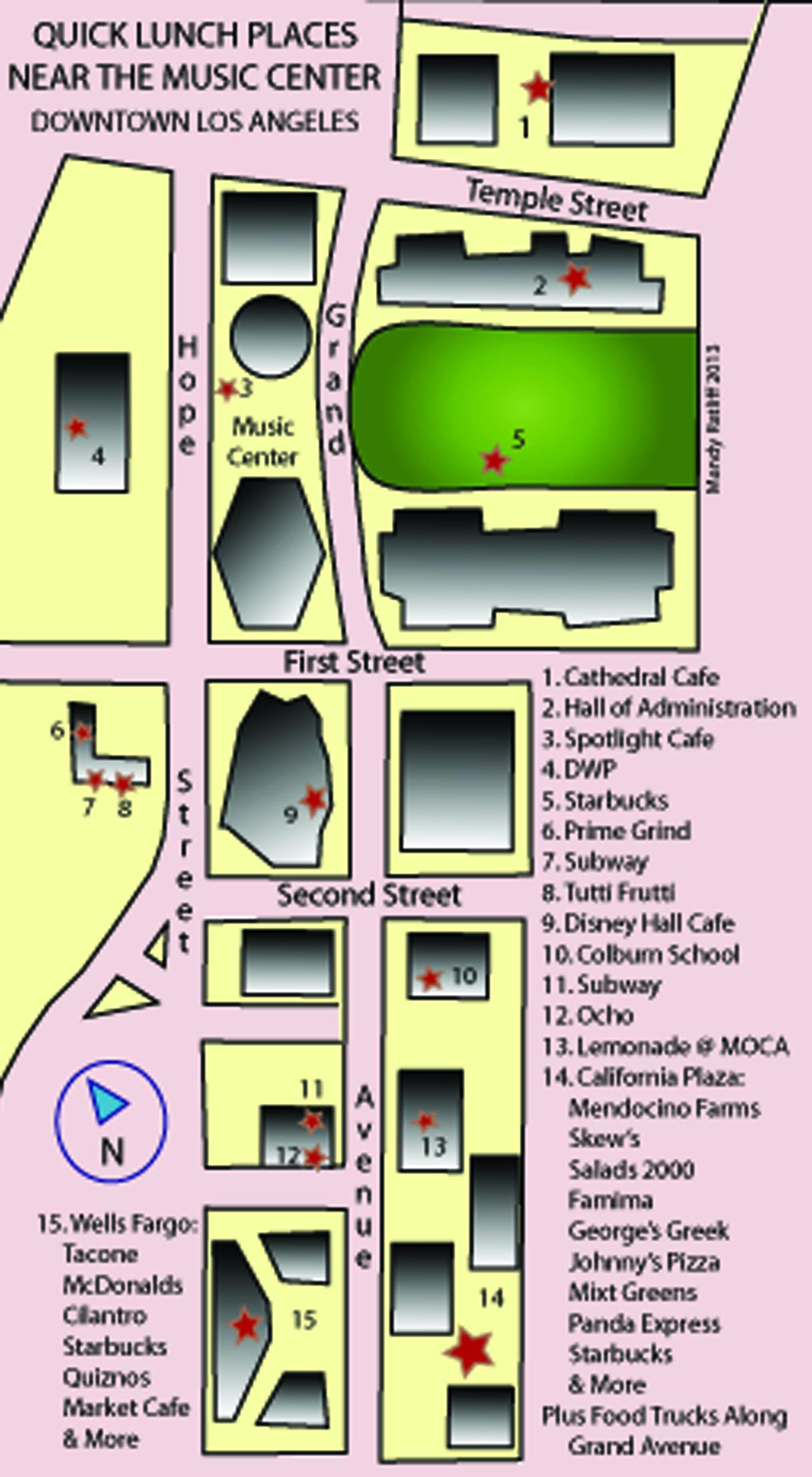 For this week's project, I did a combo of two of the suggestions: I traced a portion of a Dublin city map and then modified it to work in my cut outs. I didn't have construction paper so I used some magazine pictures that I had saved for collages.  Most big cities have one or two areas known for their shops so I included a little "Shopping Row". Also, a lot of great cities have a river and some parks so I included those as well. And you must imagine an abundance of cinemas, theatres, museums and bookstores because it is after all my city. But weirdly, only one Starbucks. :) 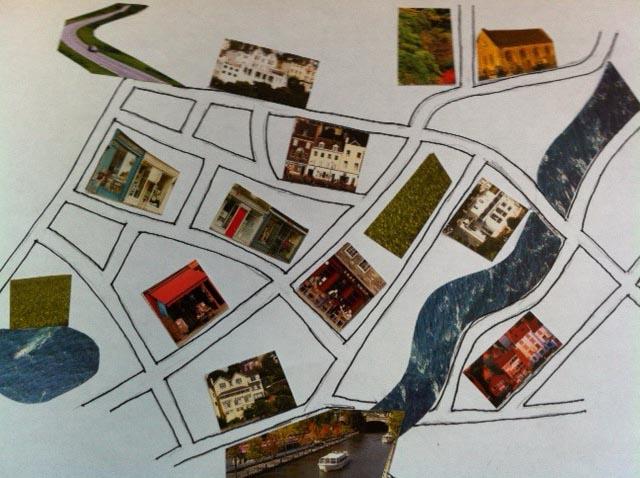 I work near the Music Center in Downtown Los Angeles and I'm lazy and hardly ever make my lunch, hence my knowledge of quick places to eat within walking distance. I created this pencil drawing as a challenge to see if I can construct it from memory. In case you were wondering, yes, there are 3 Starbucks and 3 Subways nearby. Just like every big city in America. :)

This won't be my final project, most likely. I'm still brainstorming on that. I'm loving everyone's projects so far. Very creative and inspiring! 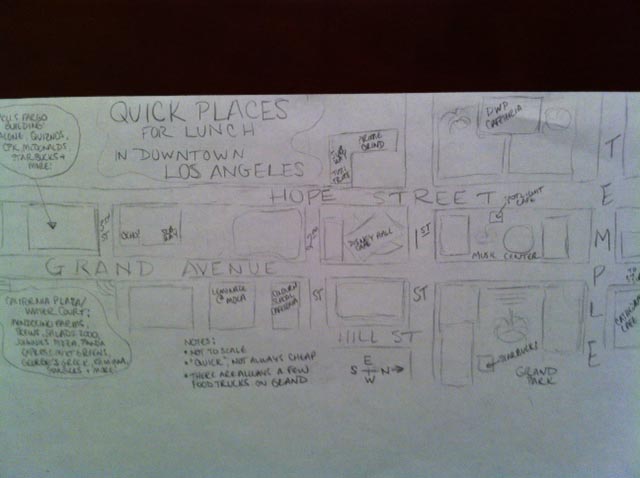