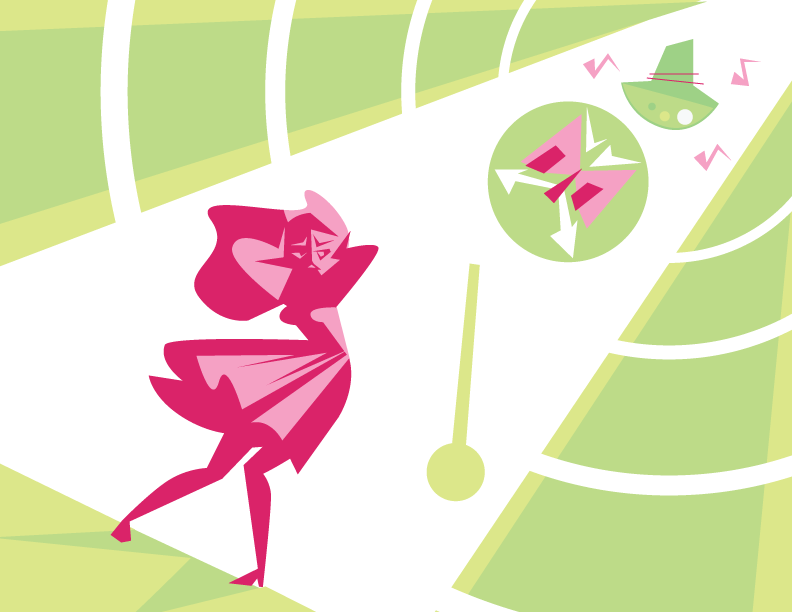 Pulled my palette from a google searched image, "50s housewife" and threw it into kuler as a starting point. From there, I experimented with the color combinations that I liked best in Illustrator (LOVE the blend tool, by the way. As someone who hates bringing their illustrations to finish because color overwhelms me, this really helped my process. Thanks, Brad!) and began to move shapes around.

You'll notice this stage is looking a bit different from my initial sketches. Found that the spotlight/cone of noise wasn't visually resonating sound, and found that circles eminanting from a specific point (in this case, the bell-hat) to be a much more successful approach.

Putting the face onto the clock came first, and a lot of the other elements of the clock came second (the pendulum tie, bell-hat and also notes came after the killer stache) as well as giving him some pink. Loved the idea of Father Time looming over this girl, with a disapproving expression, but did not like the eyes I gave him (which were slitted, and a little too severe), but this softened up after I gave him a pink nose (as Brad said, to pull the colors through the composition) and changed the pupil shapes.

Hoping to circle back to this again before we get into texture and pattern. 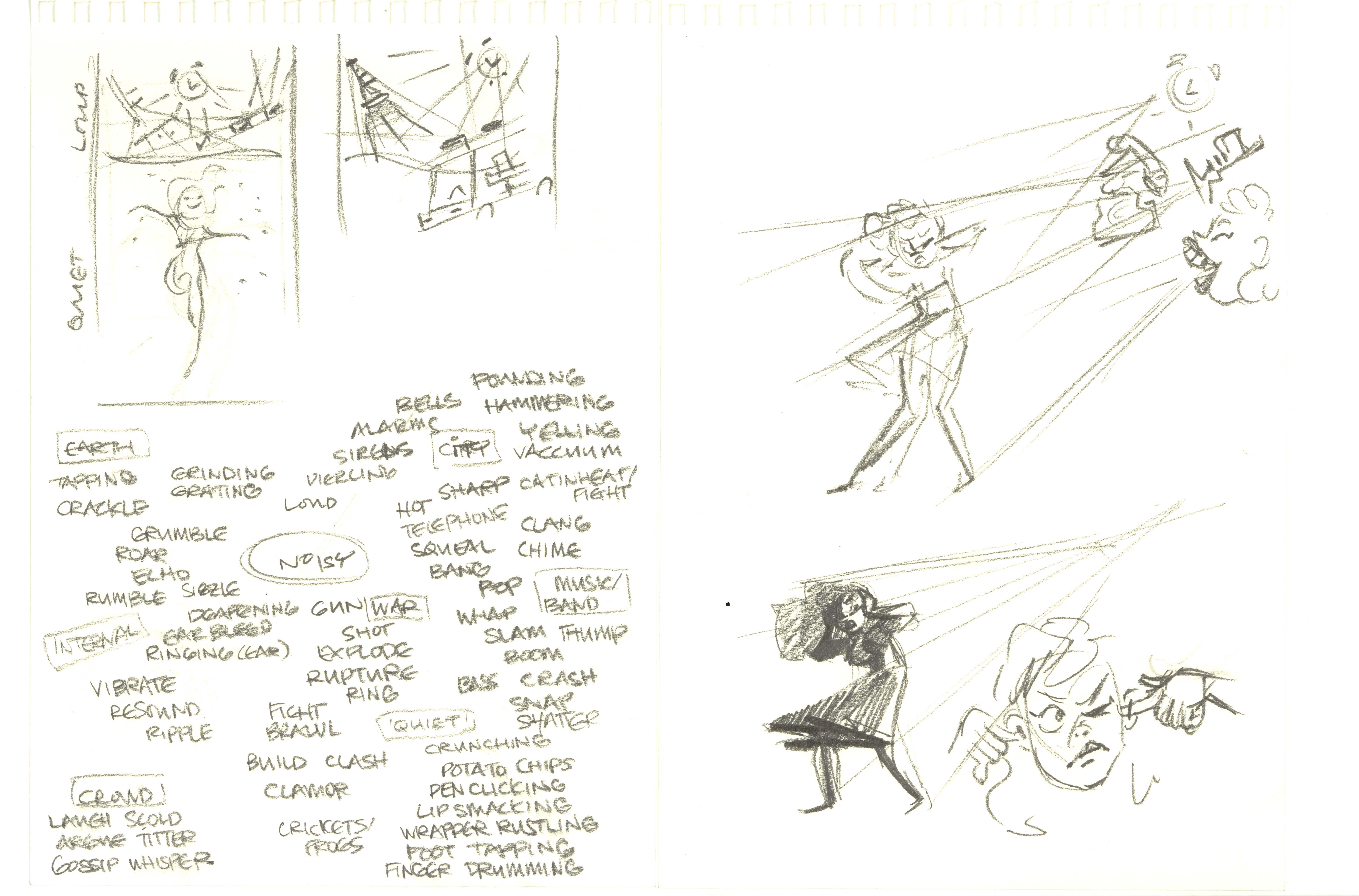 The very first thing I put on paper was a girl floating underwater (ever notice how much quieter it is down there?) with sirens, trumpets, and other noisy things above the water level unable to penetrate her quiet space.

The visual imagery of cones/triangles of sound followed through other sketches (after I did my word chart... I've never done one of these before) and from there, I had a girl in a very hot light which is eminanting from the noise sources, clamping her hands over her ears.

Thinking to do a second pass at this with some other gesture poses conveying someone trying to shut out the noise.