Family Line is a draw and discard game in which players work to build a five-generation family in 16th-century Europe. Face cards feature two "parallel" suits, an upper and lower tier that span eight class levels, and there are some unusual (yet simple) rules regarding the relationship between these class roles that provides upward (and downward!) mobility while favoring certain runs of cards. Card sequences can travel up, down, or repeat, just as multiple generations of a family might remain in the same occupation, or see their fortunes fall and then rise again.

Here are the low and high cards ("roles") in the Merchant class: 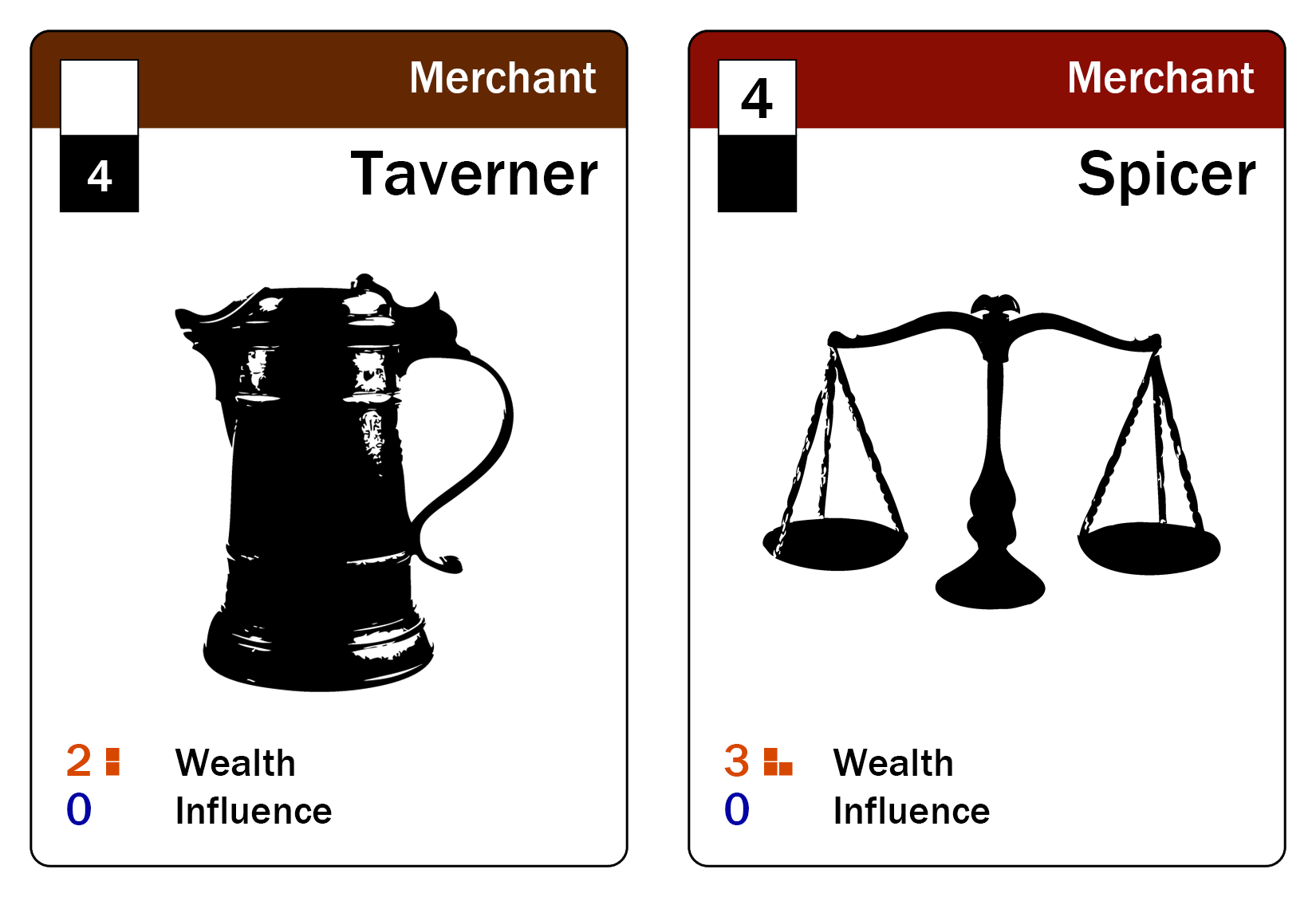 Every face card has a point value expressed in two different currencies. Influence can be expended during rounds to provide a player with a temporary advantage or benefit, while Wealth is used to bid on Legacies between rounds that determine who actually wins the game.

There are 19 different face cards, with their distribution dependent on the class level (the lower the class, the more of them there are in the deck). 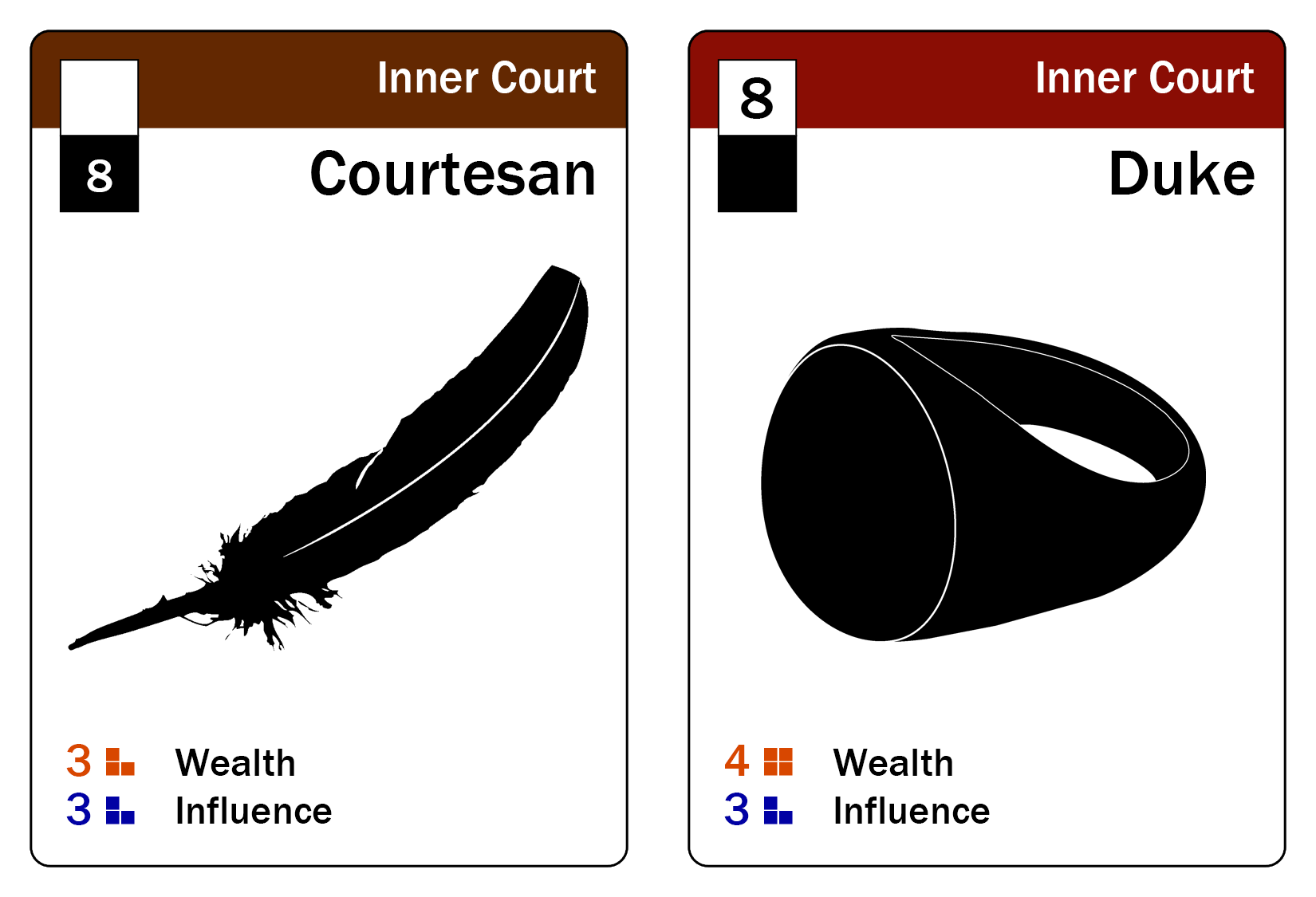 Non-face cards provide special opportunities to create inter-generational links that break the traditional class boundaries, enabling players to link more distant cards to each other in ways that fit the narrative theme.

For example, the below represents one valid complete hand, based on the special bridging cards used between cards that otherwise could not be linked. 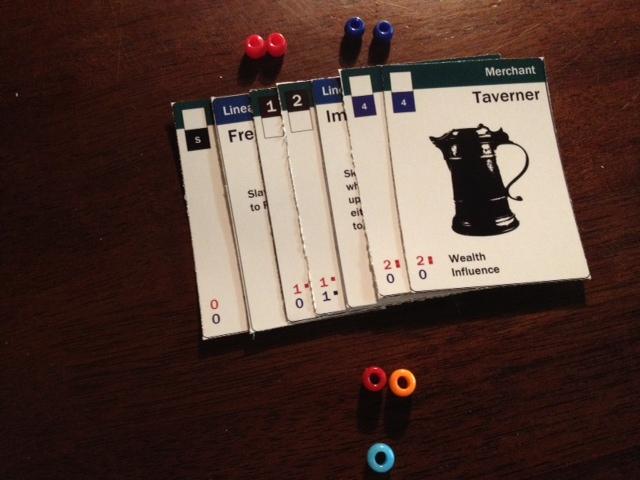 Other "event" style cards can be played on the table during a hand, and provide point bonuses in the event that a player is able to include a certain card in his or her final hand; these cards can, in some circumstances, be stolen from one player and used by another, and other event cards penalize players for possessing certain cards based on a type of historical event.

Each round ends with players identifying any Legacy cards they have earned through achieving a particular goal with their hand; any unwon Legacies are then auctioned off, with players bidding secretly and then seeing who was willing to pay the most for a particular card. The win condition is the collection of a set of Legacies that meet certain predictable criteria.

The deck layout is set up in Photoshop using similar data merge techniques as those demonstrated in this class. I have partially recreated the template in Indesign but can't decide whether to finish or stick with what I have.

As far as playability goes, I have played this game quite a bit in the home with family and had the opportunity to playtest with a larger group a couple of weeks ago, testing with up to six players at a time. The initial design had a much more complex auction phase, and players felt it had become too central to the game, as well as not being as intuitive as the draw-and-discard portion. Looking back, I think I got too excited learning about all of the different auction variables beyond the ones I was accustomed to, and added some unnecessary bells and whistles.

I plan to create the opportunity for a more public playtest but am not currently plugged into a gaming group so need to figure out how to go about that. Offering a print and play playtest is also appealing but I don't have an established audience, as this is my first completed game. (I've also been working on a kids' RPG for a while now, that is currently in playtesting.)

My design skills are fairly basic and my illustration skills are nonexistent, and I spent all my loose change on artwork for my RPG, so I'm hoping to end up with a homebrewed design that looks professional enough for release. If you see any features you'd change to get me over that hump, let me know.

Any feedback, design or otherwise, is appreciated! 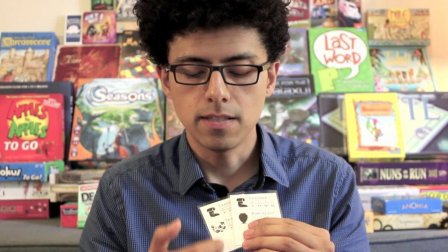