I decided to redo my crest after expanding a bit of my Illustrator knowledge and having an epiphany of sorts on a new shield design. 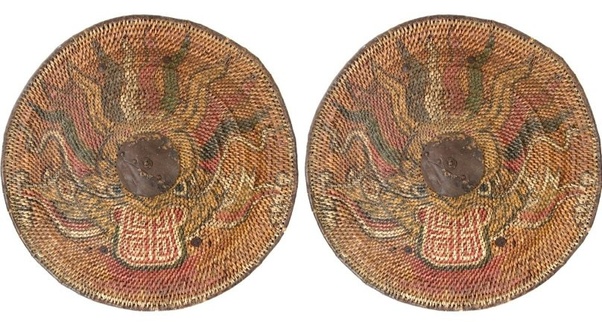 I also incorporated both the national flowers of China and Vietnam into my shield design on the left side. The other half of the shield represents where I was born and where my family is today. I tried to show that like other Canadians, my family has taken on a duality of cultural heritage.

Similar to my old design I decided to keep the Chinese scroll instead of a banner and used wheat as my laurel. I also kept the three paw prints for the three dogs that my family had/ has as they were/ are important members that really are the glue of the family.