I've chosen to do my poster project using Fall Out Boy's upcoming show in Toronto as the primary focal point. I listened to this band a lot as a kid, their earlier records really left a mark on me as I was growing up in the suburbs of Southern Ontario. After going on indefinite hiatus a few years ago, the band has returned with a slew of tour dates, a new single and video, and upcoming album due out in May. The timing worked out perfectly for me with this course, so I decided to use the Toronto date of their tour as inspiration for a poster.

With this in mind, I've come up with two potential concepts for my poster.

1. Fall Out Boy carries a lot of nostalgia with them for me. I was one of those kids who started playing music at a young age, and pop punk bands like blink-182 and Green Day sort of opened the flood gates for many other similar bands of that era. This concept is an ode to the 16-year-old me, using elements that held sentiment to me at the time. Traditional gypsy girl and rose tattoos have always struck a chord with me, so I decided to put a modern twist on them by giving the girl more of a cartoony "emo" style - the hoodie, stretched ears and dark makeup were a typical look you'd see on a girl at shows and by my side at the time. Not sure if I want to add more stylistic elements yet or keep it simple, but this is a rough sketch of what I've got in mind: 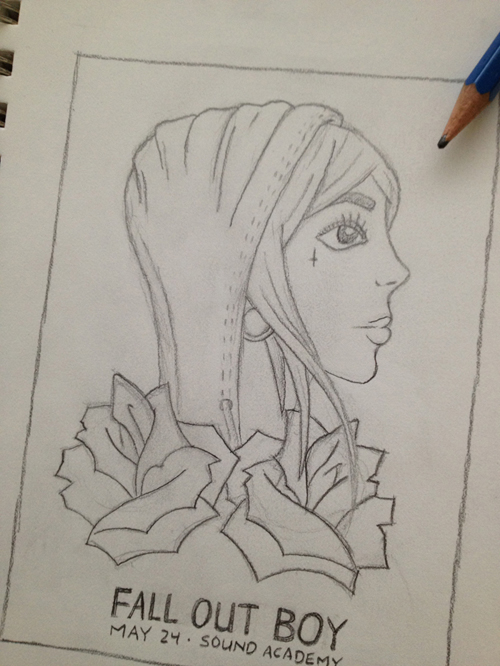 Here's an example of the traditional gypsy woman, a tattoo I have on my leg: 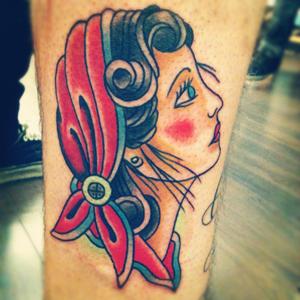 2. Lately I've had a fascination with the constructivist style of Russian Propaganda posters - the clean and simple design, bold colours and loud text give a great feeling of precision and confidence. I know it's been done a million times in recent years by Shepard Fairey and other designers ripping off the Obey brand (knowingly or not) but I figured this may be a cool avenue to put my own touch on such a concept. The name of Fall Out Boy's upcoming album is "Save Rock and Roll" which my brain immediately tied to the bold statements of constructivist design. I thought it would be cool to use the album name as inspiration for the poster - a call to arms for all the rockers, punks, metalheads and music fans to unite and preserve the mentality and lifestyle that bring us all together. Here's my rough idea: 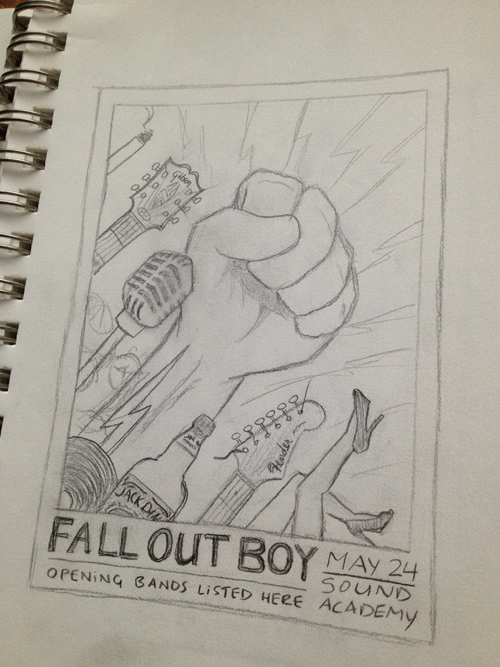 Here's an example of a couple propaganda-style posters that jumped out at me as inspiration from a reference book I have: 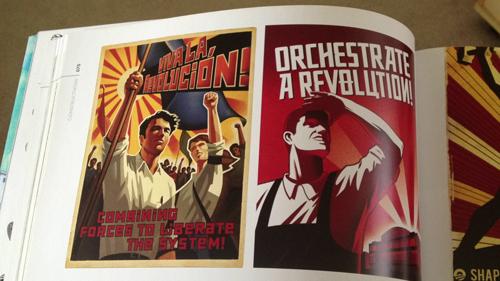 Although I will be contacting the concert's promoters when I've finished this poster in hopes of potentially selling it at the show, I'm trying to keep the text minimal to leave the focus on the design. I'm a huge type fan, but in the instance of not getting permission to sell these as gig posters, I'd love to still be able to remove the text and make art prints. Hence the minimal type and information.

Feedback is welcome - looking forward to working with all of you!