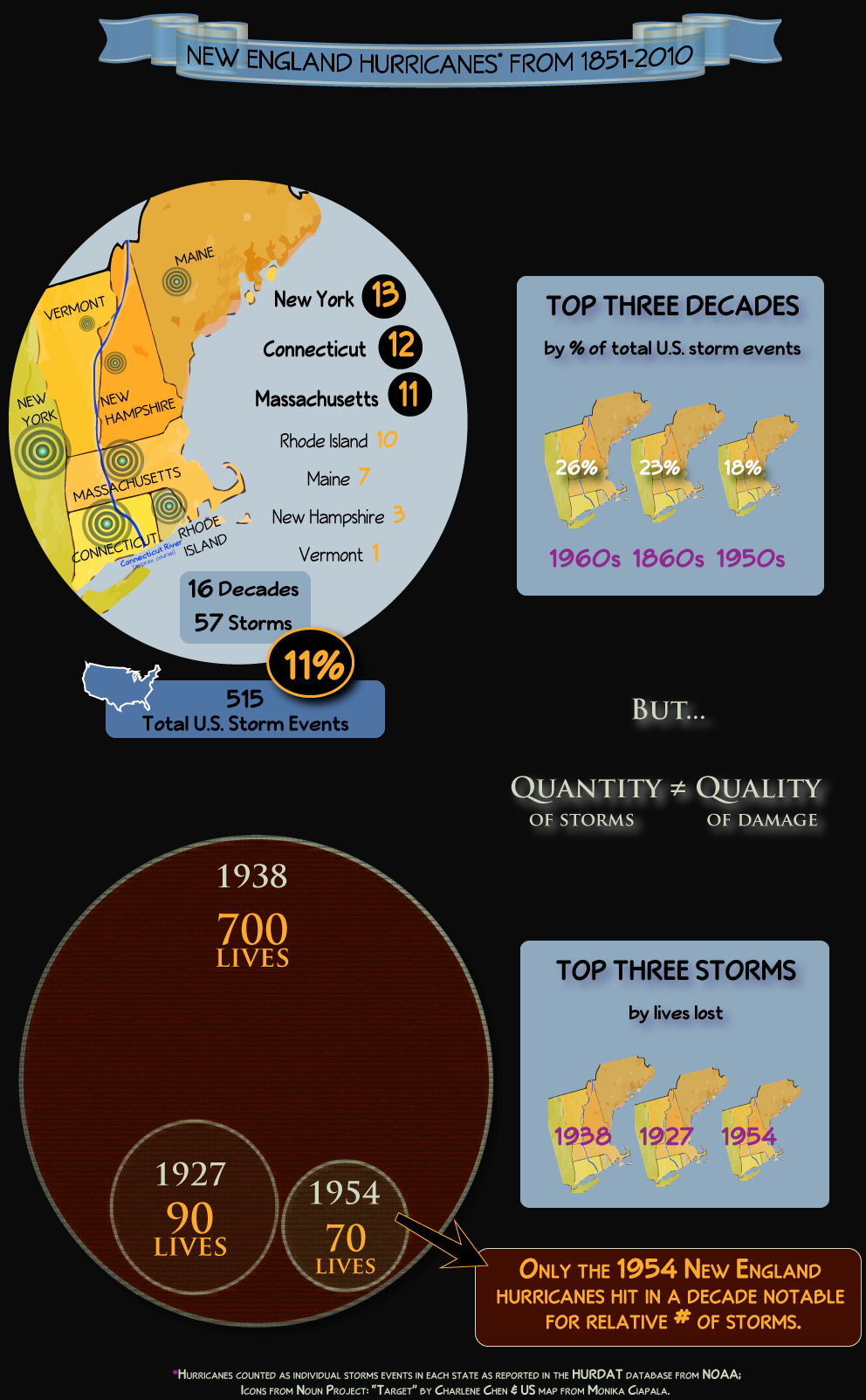 I am working on incorporating the wonderful comments from Patrick, Philip, Jocelyn, Mairi, and of course our fearless leaders: Liz & Gavin.  I'm also trying my hand at a nearly 100% Illustrator project with this revamp, as well as converting the long form poster into a landscape format, not to conform but to learn. Philip, I appreciate your comment re: long form.

I've added a bit more text/explanation and some additional elements to the graphic to increase the amount of data available from the graphic (still not much), hopefully still feeding into a very simple story about how many hurricanes impact the Northeast/New England, what % of all hurricane events they are and whether you can predict how bad they are based on how many there were in a given decade.  I believe that the latter two points are weakly illustrated but there it is.  :-)  Any feedback is still welcome.

Note: Aside from the title, the purple on black doesn't have great readability - I will probably have to change this for the final draft.

I think I will take specific time points within that range, say every 15 or 25 years.  I'd like to have each time point morph into the next one, with whatever information I chose to convey updated for each point.

As for what information to illustrate, I haven't decided yet.  I could use simple points for each hurricane on a US map, color code the points by Saffir-Simpson category and/or size the point based on max wind speed.

(bolded #s were revised to include some missing data)

This particular data set is from 1851-2010 with a few gaps.  The data set gives the visual appearance of being internally consistent, however, hurricane tracking methods and availability are very different from the 19th century to present time.

With such understated caveats in place ...

I crawled through the data with two colored pens and circled patterns that I thought might have some potential.  Keep in mind that all totals were counted manually and not double-checked.  I think for our purposes that should be sufficient, however.  :-)  Also, note the New England bias of my data mining.

Total hurricanes reported in the data: 291

16 hurricanes (out of 291) affected New England states (defined as ME, NH, VT, MA, CT, RI, NY); 9 of which affected 3 or more of those states during that hurricane

I could keep going, naturally.  I didn't even go into categories, wind speed etc.

So I don't think I need a whole US map to illustrate any of these observations, and perhaps I should stick with New England as my focus with the more general data as a sort of umbrella.  And yes, I will probably use an umbrella as a graphic now.

That's it for now.  Discuss amongst yourselves.  :-)  And remember, Rhode Island: still neither a road nor an island but accounted for 8 out of the 47 New England hurricane events. 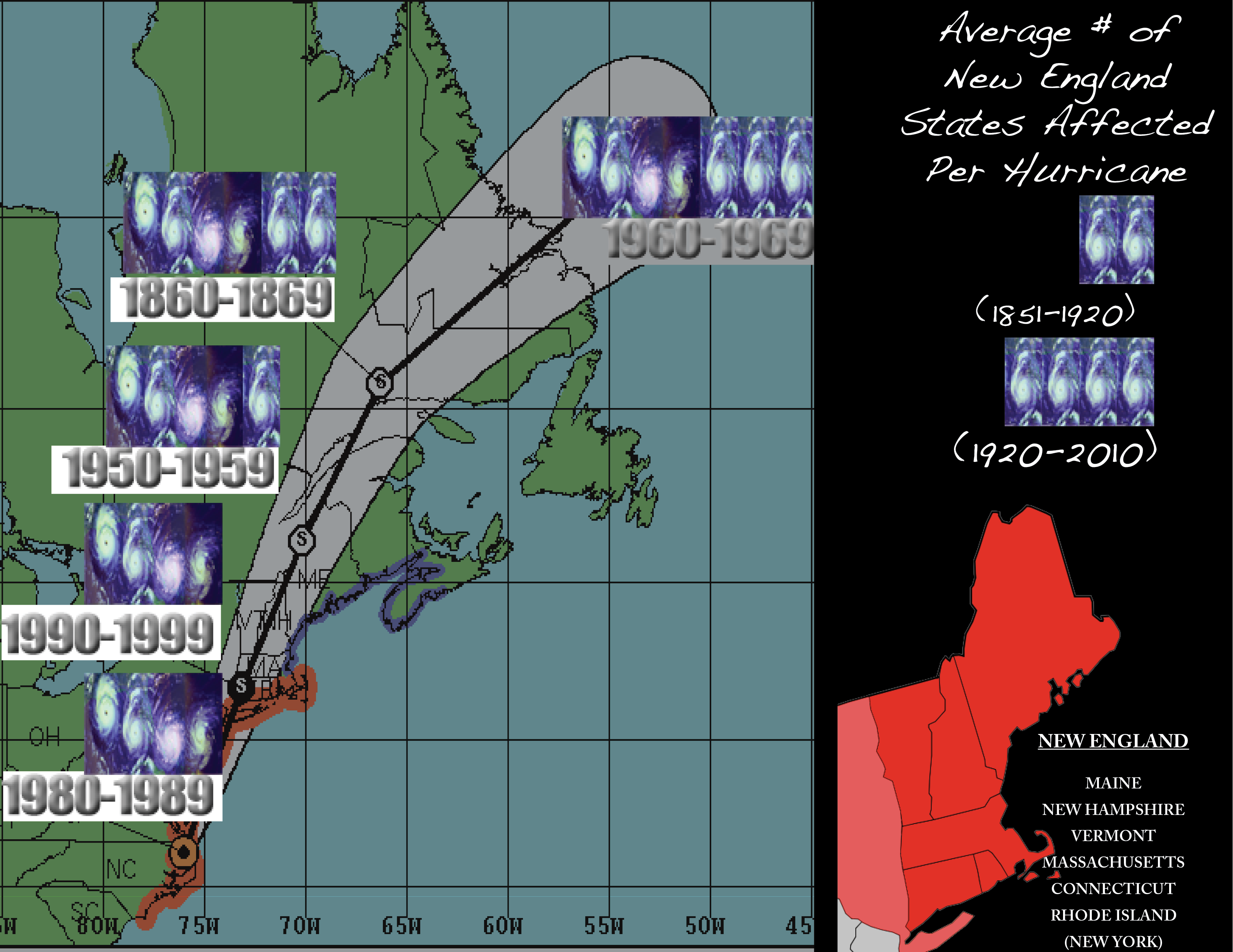 I have decided to narrow my focus to a very simple story because I was having trouble juggling all the different aspects of creating an infographic.  To be blunt, I was getting bogged down in playing with the numbers.  So hopefully I can get more specific feedback on the effectiveness of this latest graphic.  Thank you to all who have commented so far!