I am creating a poster for FIELD TRIP - a concert celebrating the 10th year of Canadian independent music label Arts & Crafts. Taking place in Toronto Ontario, the event features label artists such as Broken Social Scene, Feist, and Bloc Party. (And unlike most music events, this event is open to families and kids have free admission!)

Graphic designer Jud Haynes did a beautiful job with the official poster, but I would love to put my own spin on it. 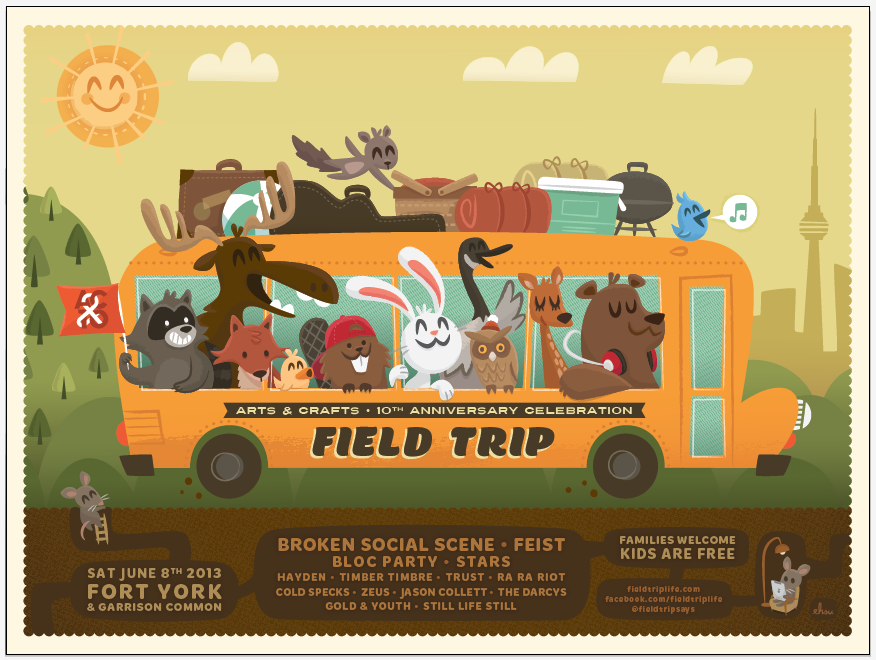 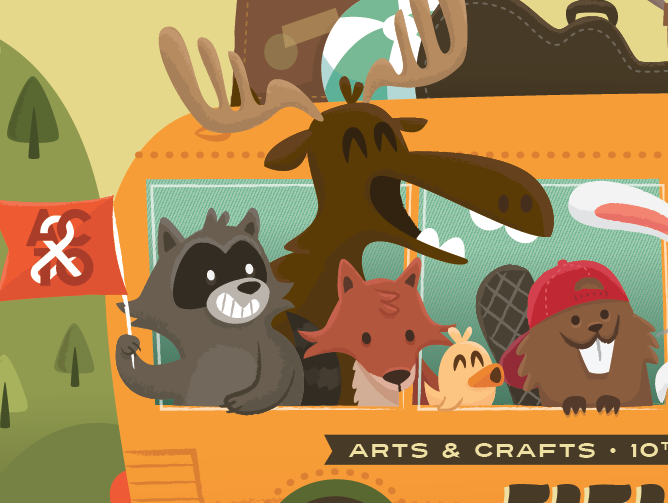 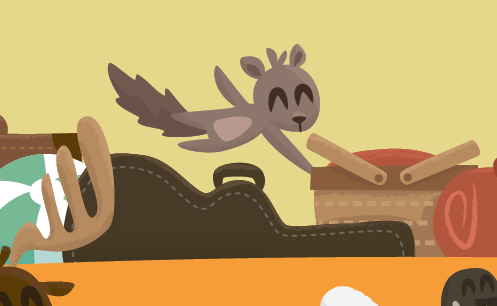 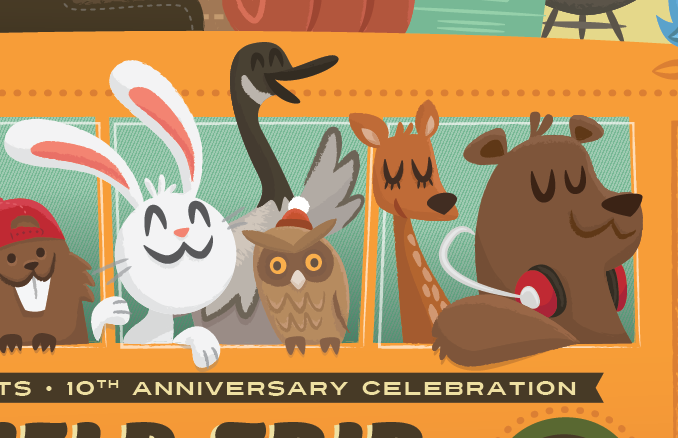 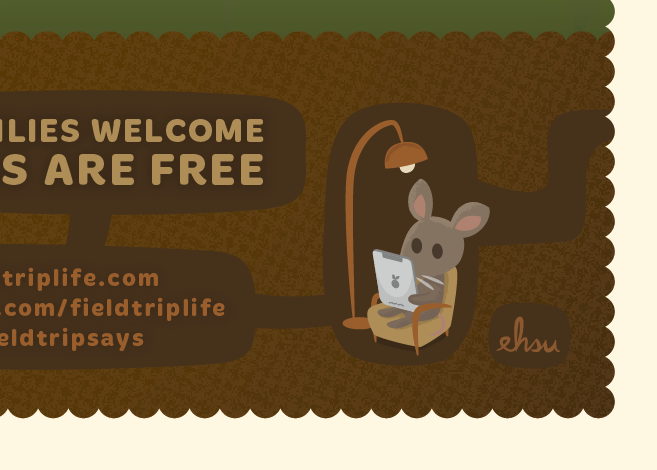 (Edited to add some descriptive text about the final process, as I forgot to do this in my haste to post on time!)

I'm pretty happy with how this turned out. For the final stages, I added some DKNG-inspired textures over the bus windows and dirt ground. I tried using additonal textures on the background (grass, skyline) but it seemed like overkill, so I opted for some subtle gradient shading instead.

For the actual characters, I added shadows and highlights to each of them, and replaced some strokes/outlines with a "charcoal" brush, to make the lines look more organic and hand-drawn.

Lastly, I added a simple decorative frame, as I thought it would add some visual interest (and old picture books often featured a decorative vignette, framing the images.)

There you have it! Thank you everyone for the amazing feedback and comments. It's been a blast working collectively and sharing with everyone! Please feel free to continue leaving comments, and I hope to see you all on Skillshare again! 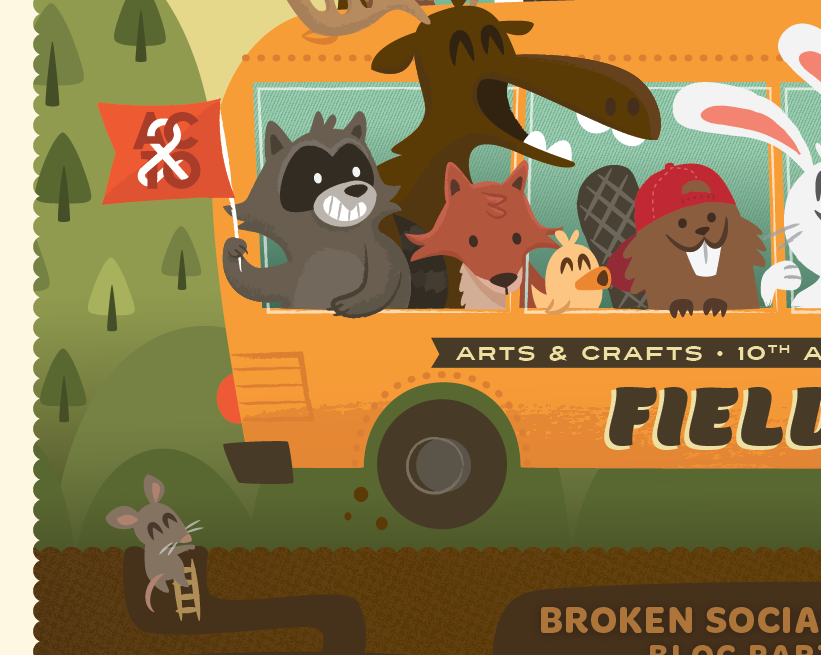 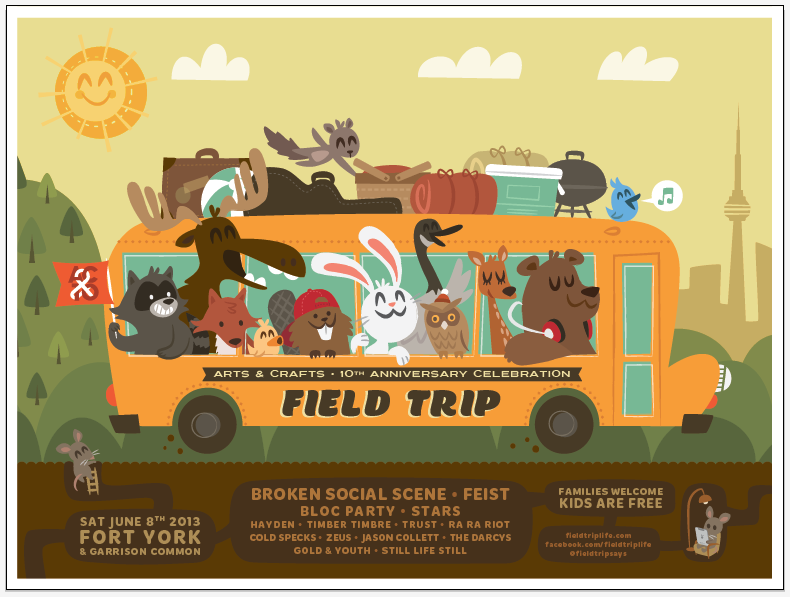 I think I've finally settled on the final layout and colours. Slightly toned-down the brightness/contrast of background elements to bring more emphasis on the bus. Now on to adding textures and shading!

(Note: For some reason, the Skillshare editor isn't generating a clickable link on the above image, so that you can view a higher res version. I'll make sure to add screen shots of details on my next update.)

A couple text layout experiments. I have a lot of text to work with, and I'm trying to keep it subtle and blended into the background, as I'd like to keep the bus as the main focus.

Colours and texture still need to be edited/added, but I'd like to settle the text before moving on to that.

Please feel free to let me know your thoughts! Thanks everyone! 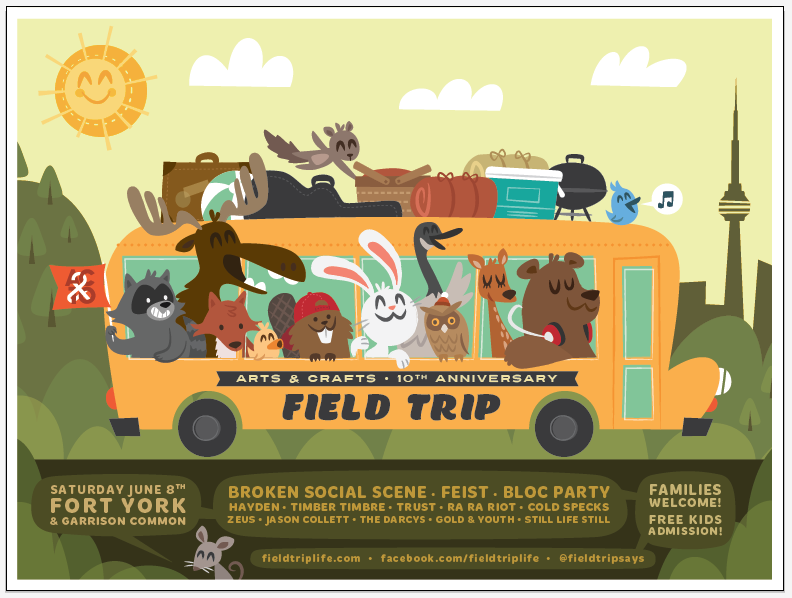 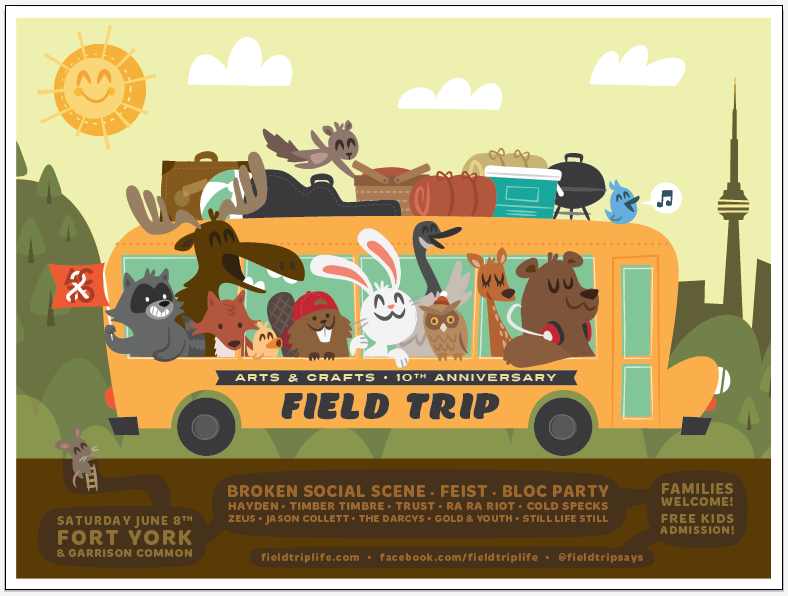 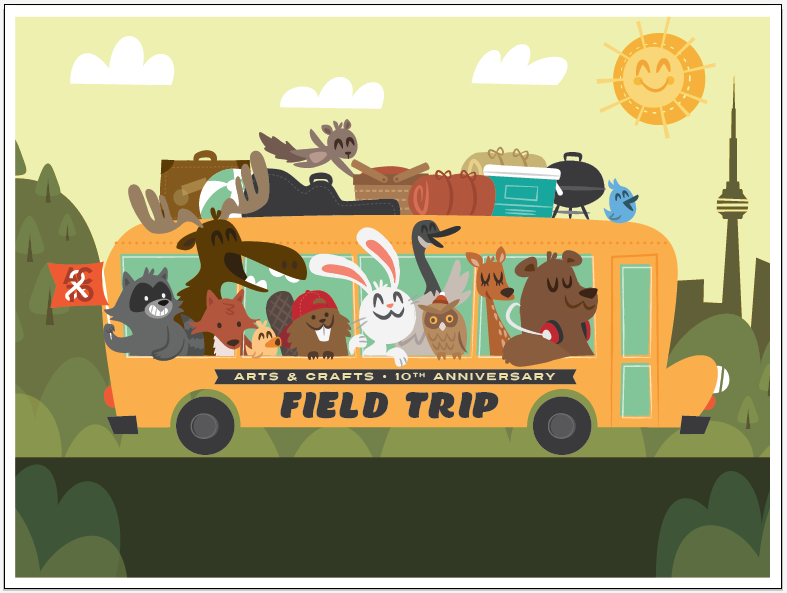 The gang's all here! Now to fiddle around with the text placement...

(And thanks again everyone for the comments and feedback! Super-appreciated!) 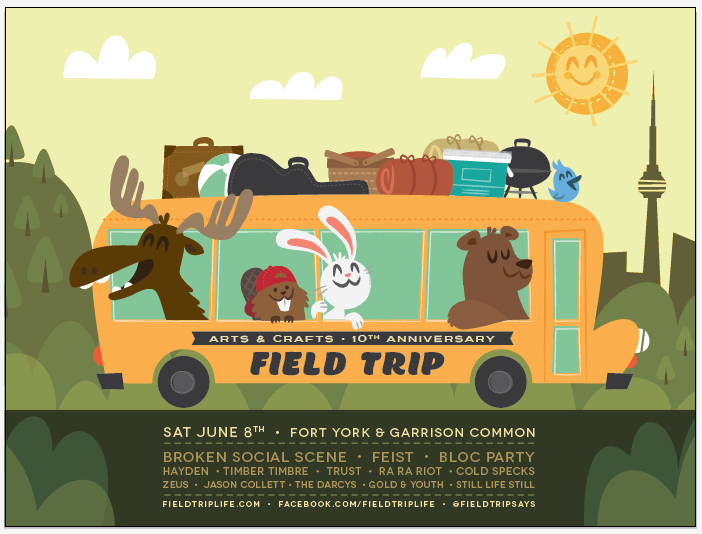 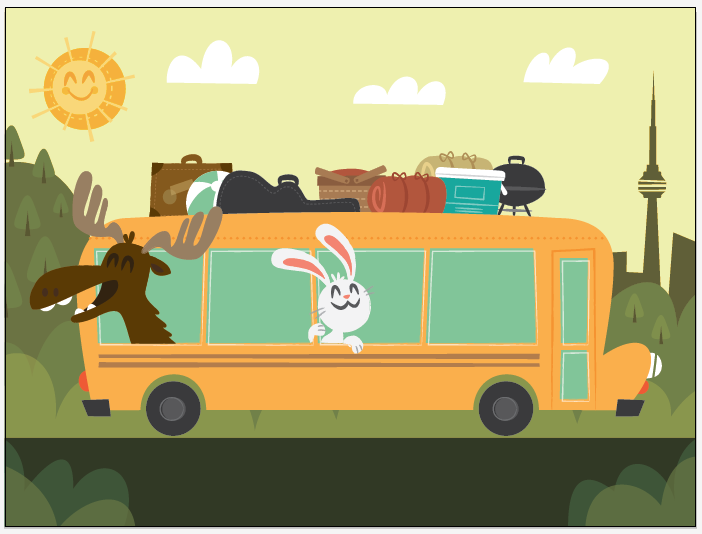 I tend to jump directly into Illustrator after my initial roughs, as I personally find it easier to refine the layout and play with colours (I keep all the layers separate and vectorized, for easy editing.)

Once I complete the rest of the characters, I'll start adding finer details, and add shading and texture. The layout and colours may also continue to evolve. 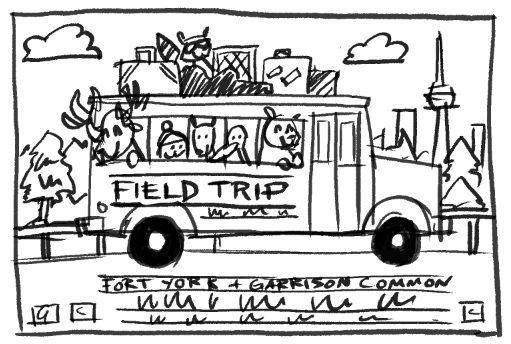 1) With the Toronto skyline in the background, animal characters (as often seen in children's books) are riding in the bus, on a "field trip" to the concert. (The animals will also be native to the Ontario area as well!) 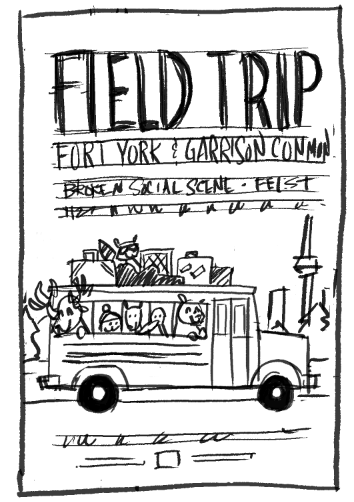 2) Different layout based on #1. I'm imagining that the top text would be chalk-board written, or written on lines, like school handwriting charts for the alphabet. 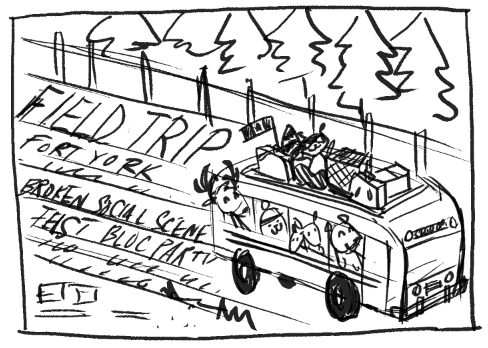 3) A different, but more dynamic layout. (The only downside is that the Toronto skyline is not shown.)

I am a HUGE fan of vintage children's illustration, so my inspiration would include artists like: 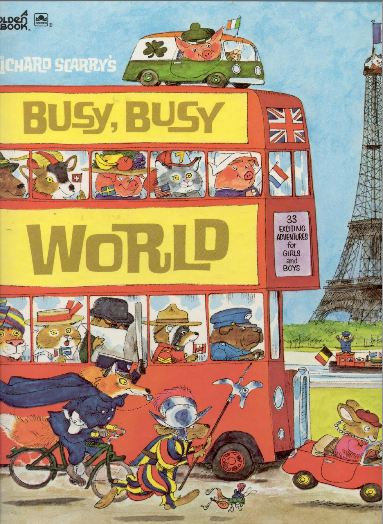 Author and illustrator Richard Scarry and... 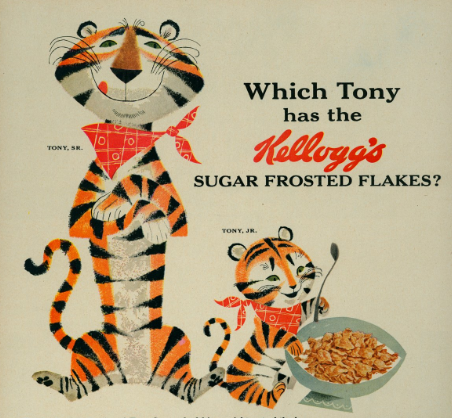 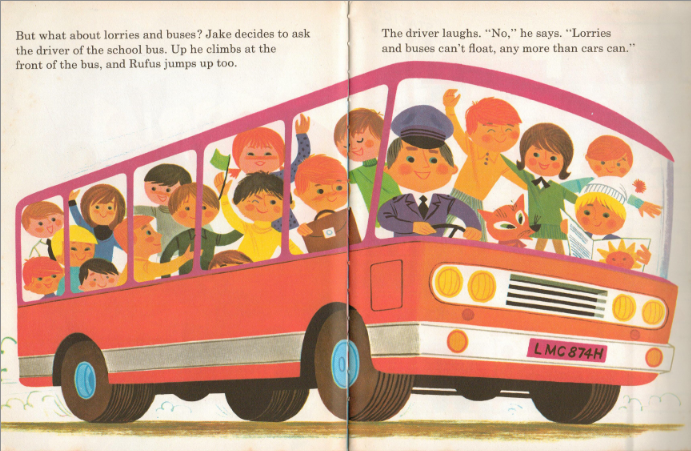 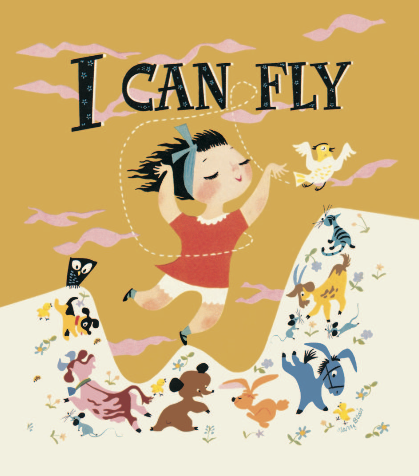 Disney artist Mary Blair
A contemporary influence would include the work of design team Invisible Creature (below) who are known for their fun and vibrant illustrations for the annual "Sasquatch Music Festival." 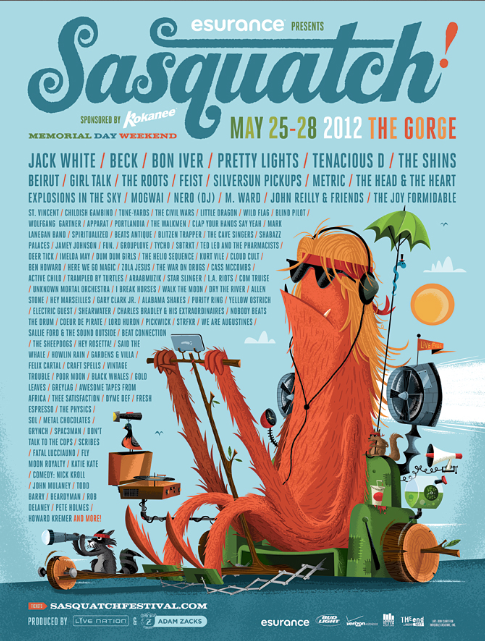