Eye of the Storm

The map has lost some of the handmade feel I was going for, though all shapes are handdrawn/nothing is vectored. I considered doing some hand lettering but Futura looks pretty impactful, I think. There's still a lot of data/details missing as I've had a lot of freelance stuff I had to prioritize this week, but I wanted to post it anyway. I do want to use the eye icons to indicate hurricane strikes for each county, but I'm not thrilled about the arrangement. I'm definitely open to other options. Also open to ideas for adding some illustrative details--that's what I love to do most! 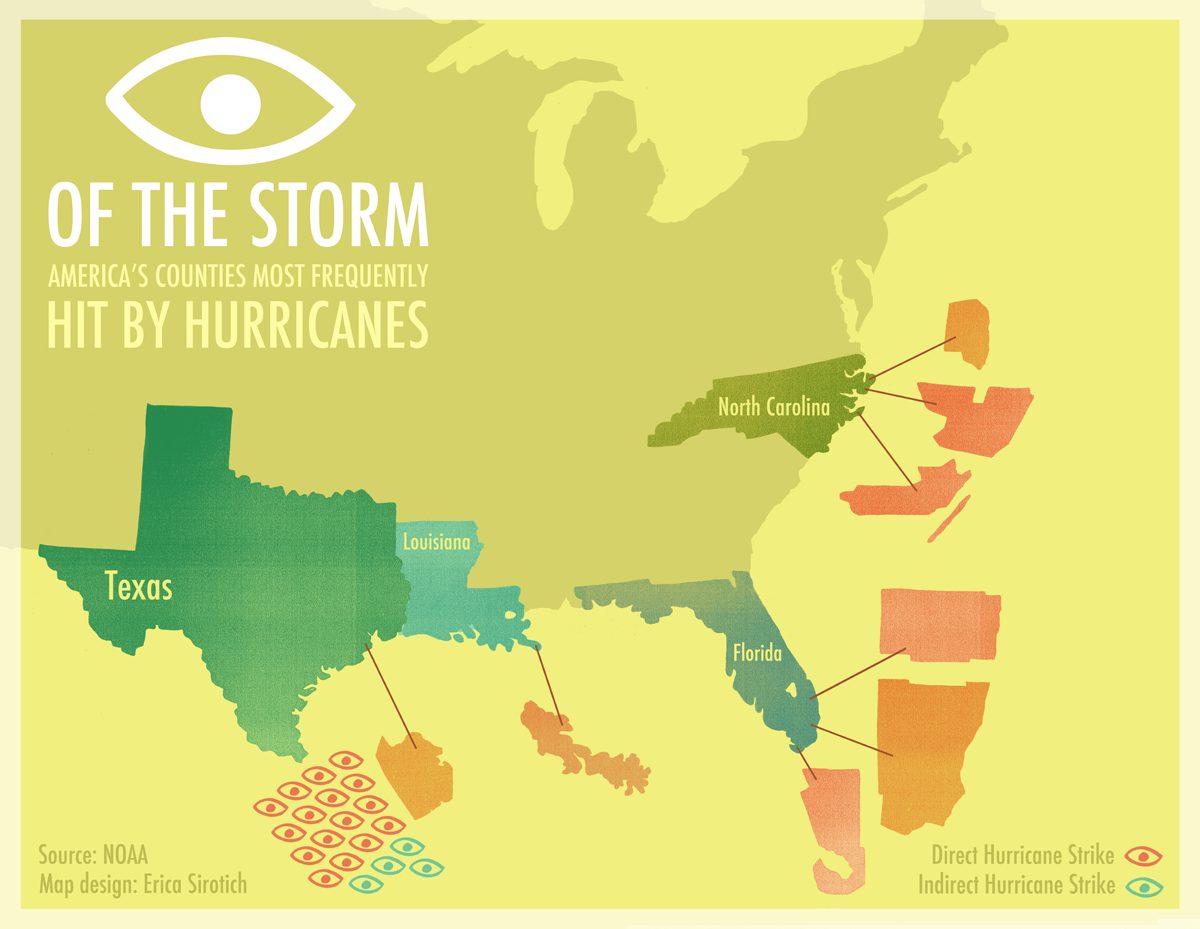 I decided to deviate a bit from the provided data, delving deeper into NOAA's hurricane mapping software. I was interested in hurricane return periods and the places in the US that are riskiest to live, as far as hurricane-risks is concerned. NOAA provides data down to the county level on numbers of hurricane strikes from 1900 to 2010.

In my sketch I called out the eight US counties most frequently hit by hurricanes (generally experiencing 18 or more hurricanes in that time period). Next to each county drawing is a cluster of "eye" icons; these represent the number of direct hurricane strikes (red eyes) and indirect strikes (white eyes) the county has experienced. I think another interesting layer of data is these counties' population change since 1900. Some have extreme growth curves in spite of their being consistently in the eye of the storm  (see Broward and Miami-Dade counties, Florida). Though this map is still in its early stages, I simply indicated population change with the upward and downward arrows close to the counties' eye icons. (I collected my population data for each county from the US Census Bureau.)

I'm a freelance illustrator and my work is hand-drawn and inked, then digitally colored. My style is largely line-based and I would like to experiment with creating an infographic map with a handmade feel. I'm not sure how much it will look like this sketch in the end; I am still looking for ways to improve the presentation of the data while maintaining the map's hand-drawn aesthetic. I like simplicity and am interested in using color, texture and pattern, as well as drawn elements, to help convey the information.

Other approaches: I have considered isolating the state drawings/taking them out of the context of the US map to create a tighter composition and to discard unnessary visual information. I am inspired by some of the map illustrations by Laura Callaghan (see image 4 in this series of Laura Callaghan's editorial illustrations). Though these are not technically infographics, I like their feel and how they stand alone as individual map drawings. I might play with rearranging the elements of this map to see if they will still work within a different, less cartographically-accurate composition. I'd love to hear your thoughts about this idea :) 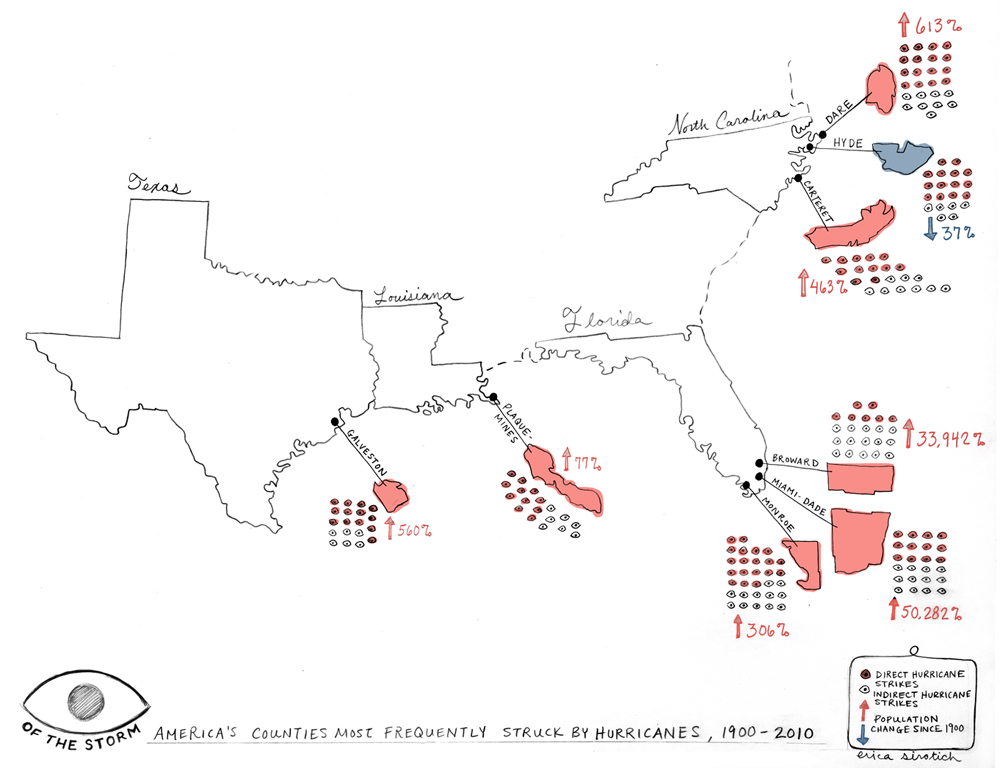