Watching the searing flames of the exhaust from Jester’s Hound as it is soaring higher into the dark grey atmosphere of Morris World, Even screams, in frustration, “Damn you Ricter, bring my ship back!”

Flopping to the soggy soil of Morris World’s lone continental mass' mud plain, as the ship disappears from his sight, Even groans a disgruntled deep sigh from his chest.

Fuming through several deep breaths as he assesses his possessions: pocketknife, waterpack, backpack, a laser pistol with a clip holding only a half charge, and his damp clothing, Even determines he is walking, planetary style.

Looking at the distant horizon, shaking his head, feeling sullen with disgust, Even peers to the east, watching the approach of the bluish-yellow hoover vehicle, this appears to be a car, not an explorer.

Standing, hoisting his two packs, Even casually begins his walk toward the vehicle, wondering as to what greeting he’s going to receive after Ricter bilked the locals of ten k worth of gold bars. Ricter also now has Even’s ship the Jester’s Hound as well, ‘Why the seven gods did I give him the command codes?’

Stepping aside as the farmer speeds by, not even slowing down, Even ponders, Port Desiler is another eight kilometers east, and nightfall is in five hours. There is nowhere else to go, but to continue drudging onward to Port Desiler in hopes of finding portage off this mud-ball. Fat chance of that! The Jester’s Hound was the first space worthy vessel near here in several months.

Trying to dredge up in his memory, what indigenous wildlife inhabits these mud plains, Even fails to recall the fauna or flora records he viewed briefly before planetfall. Realizing that on this whole trip, he was lolled into being lax by Ricter. That this was the designed trap, and he fell for it after all these twenty plus years of pirating the space lanes of these eight sectors of the Realm. “Damn it!”

Kicking another outcropping of moss, reacting quickly, Even jumps back when this one tries to stealthily snap out and bite at his foot. It snags the tip of his boot in a gnarled jumble of stone like grey teeth. Pulling his foot free quickly, Even peers menacing at the living clump of attitude, with his Laser pistol pointed at the moss dog. It leaps out at him harshly, reaching two feet distant again from its root stalk.

Stepping safely back, Even laughs at the dog moss and ambles around it, giving the creature fair distance, and continuing his trek to the port, as the star of this pitiful ball of slimy mud settles in the southern horizon.

Author and publisher with InUPress 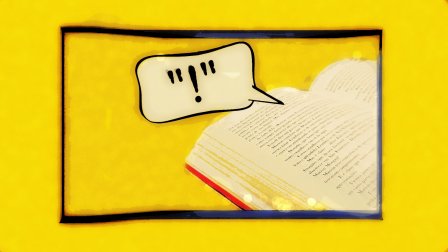