Well I haven't done what you said and I've paid the price! A three-quarter view was maybe too hard for me but I at least finished part one, the rabbit. Will have a go from the front view later and make the other animals too. I haven't done the brush class with the marks yet (missed that one obviously) so I brought in a pattern for her as she wanted to wear her best pinafore dress while bringing you the best carrot she hasn't already eaten!

Right - I seem incapable of doing what I am told, so here are two other critters.These two started again - and I did use the legs, shell and eyes of the tortoise to make the bits of the owl - two legs for the wings, two for the claws and one again for the branch - all warped of course. They're neither of them clothed but have patterns instead. Both use the drop shadow and both stick to tones of the same colour. Hope you like them!

One final idea - just for fun. I did the girl running away, and my granddaughter was sitting beside me and said that she needs something to be running away from - so we designed the ghost. She'll be wanting her dad to buy her Photoshop soon - she already uses Procreate  and ArtRage and does lots of watercolour! She'd only nearly 9... Good you've inspired the next generation, Helen, as well as me! 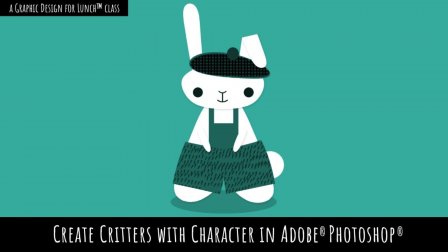