Why I picked Element:

Although I gave up skateboarding a few years ago, I still spent a lot of my youth on a skateboard, meeting new friends through skateboarding, and pushing my way around through many different cities. Element was one of my favorite skateboarding companies that I liked to "rep" as a skateboarder. Lots of great skateboarders have come and gone through Element and many of them inspired me to get better at the sport.

This paragraph, which I grabbed from their website, explains a lot about who they are and what they stand for as a company: "Since its humble beginnings, Element was created out of passion and an unwavering dedication to making a positive difference. The tree continues to grow while it respects its deepest roots and embraces the landscape of skateboarding, and the lifestyle that surrounds it. From team riders to advocates, and product to marketing, Element is all inclusive, whose mission is to lead not follow, and leave an imprint deep enough, that it continues to make the world a better place."

Their logo/brand is pretty iconic in the skateboarding world and has stood the test of time since the company was created in 1992. A lot of their clothing is very basic and simple. 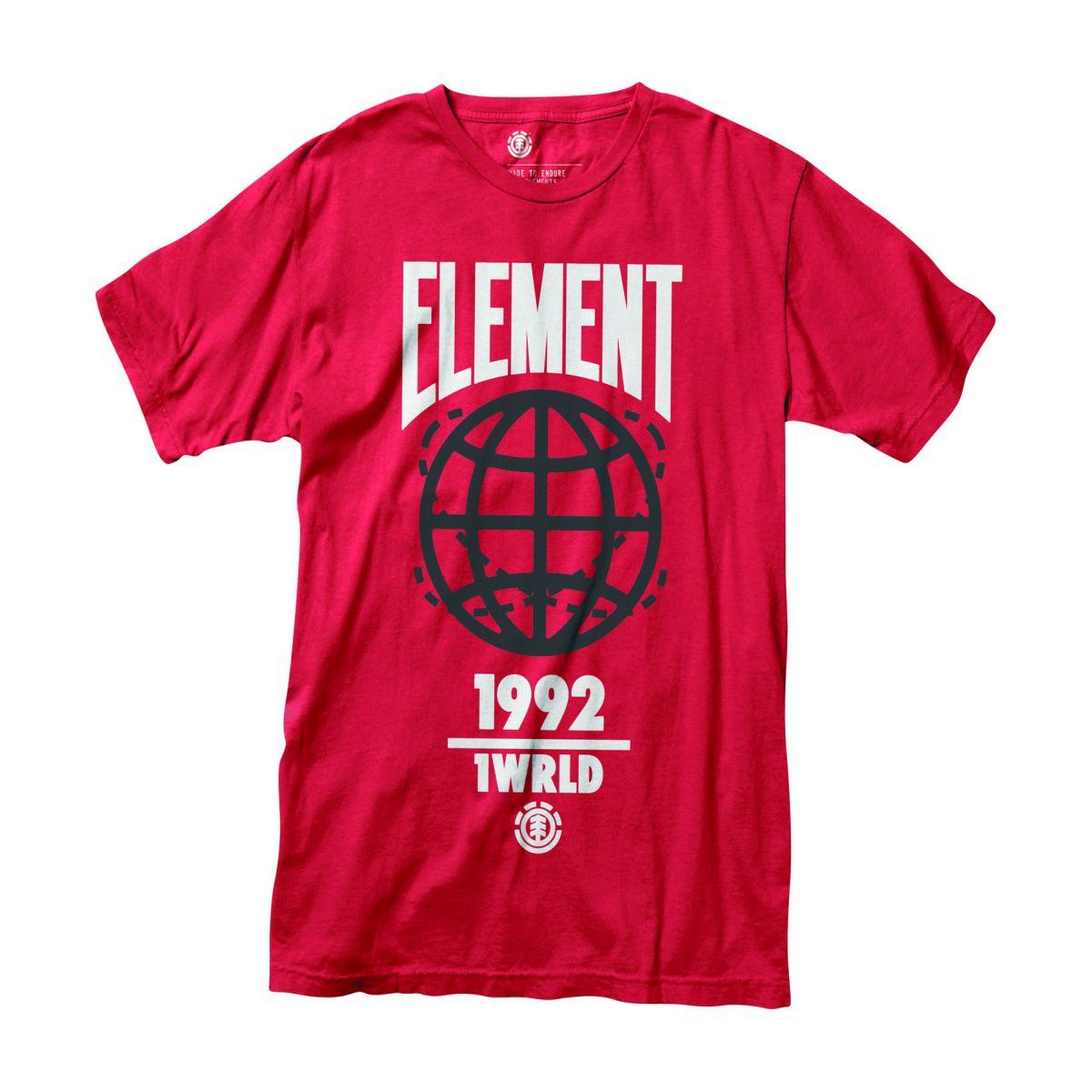 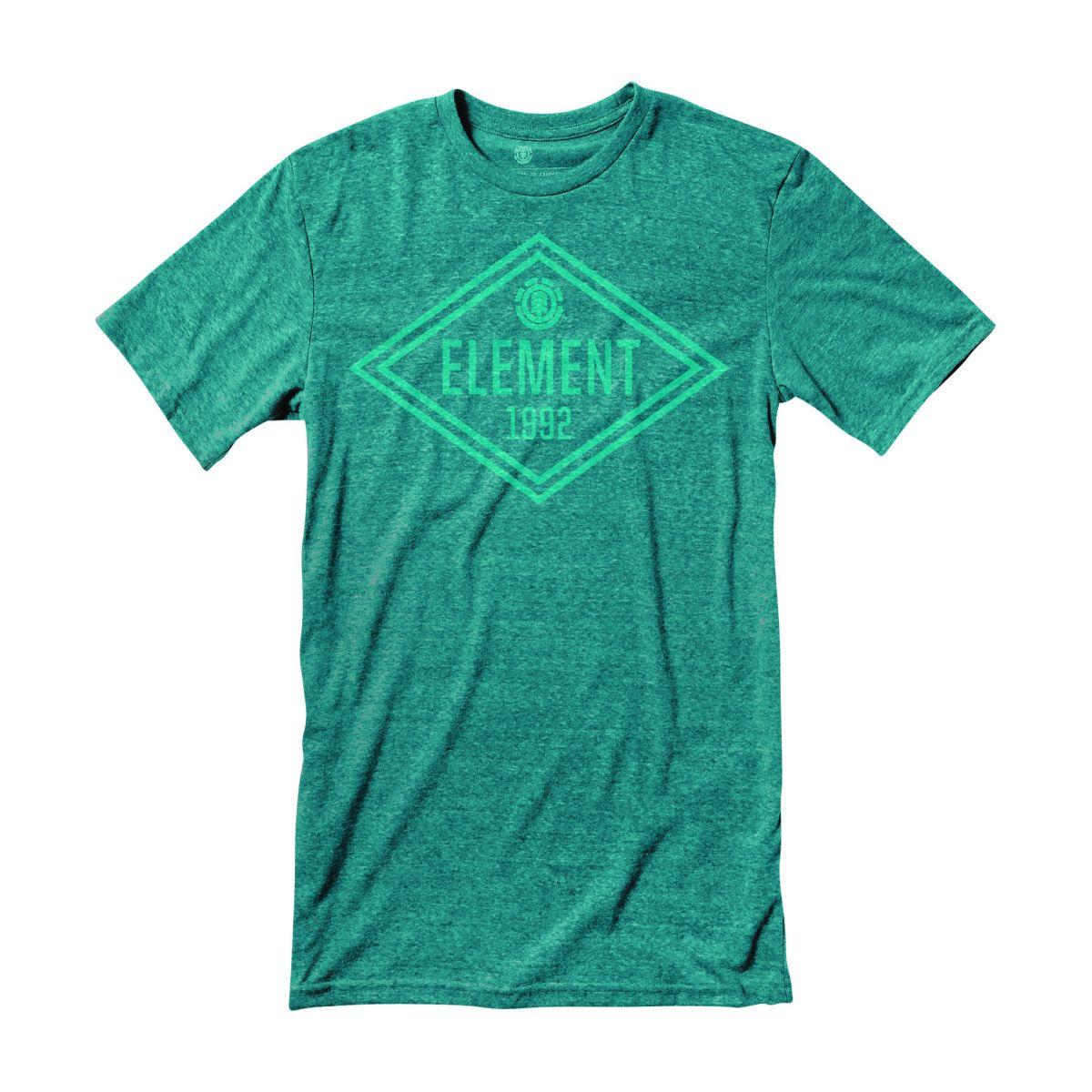 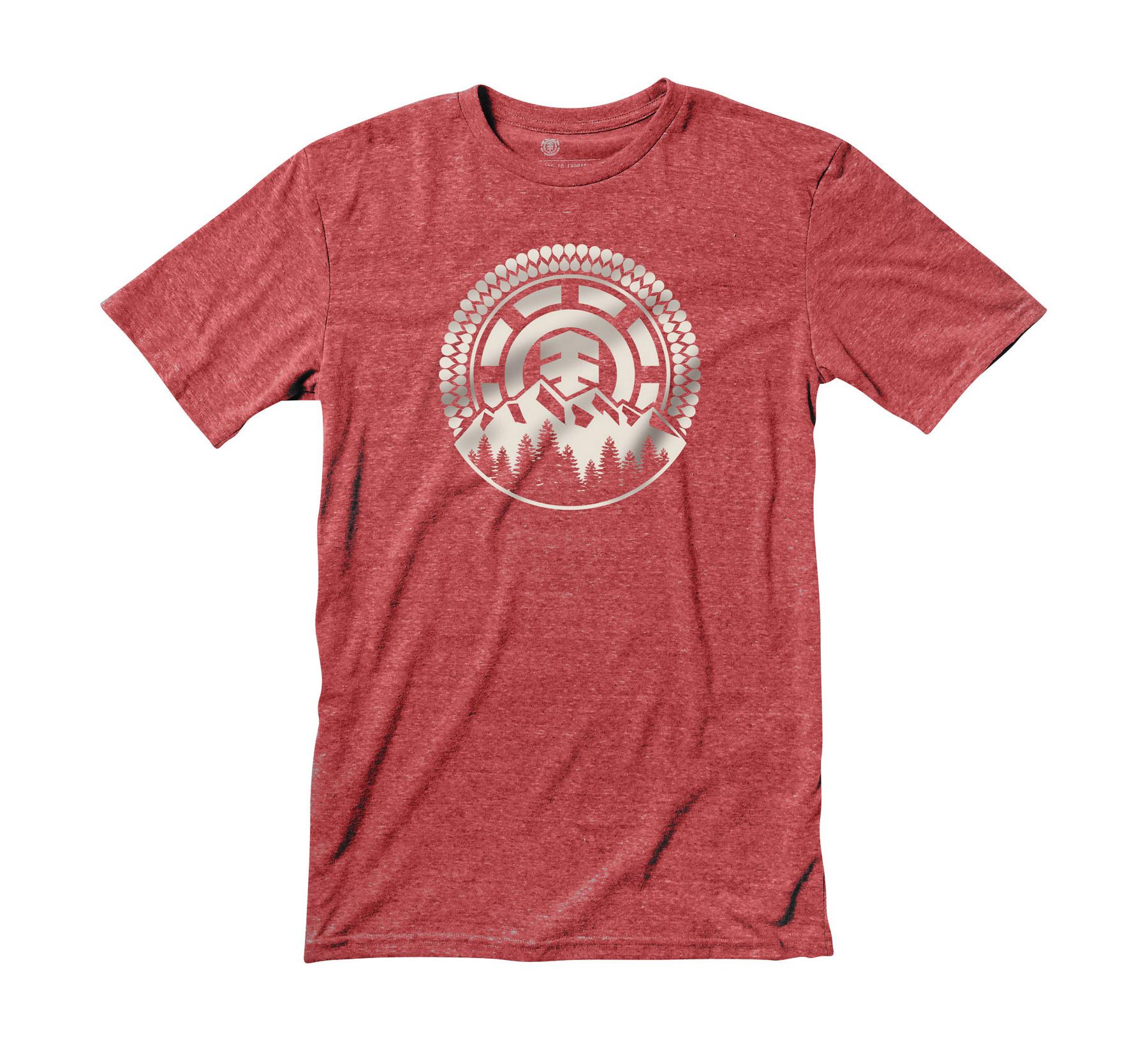 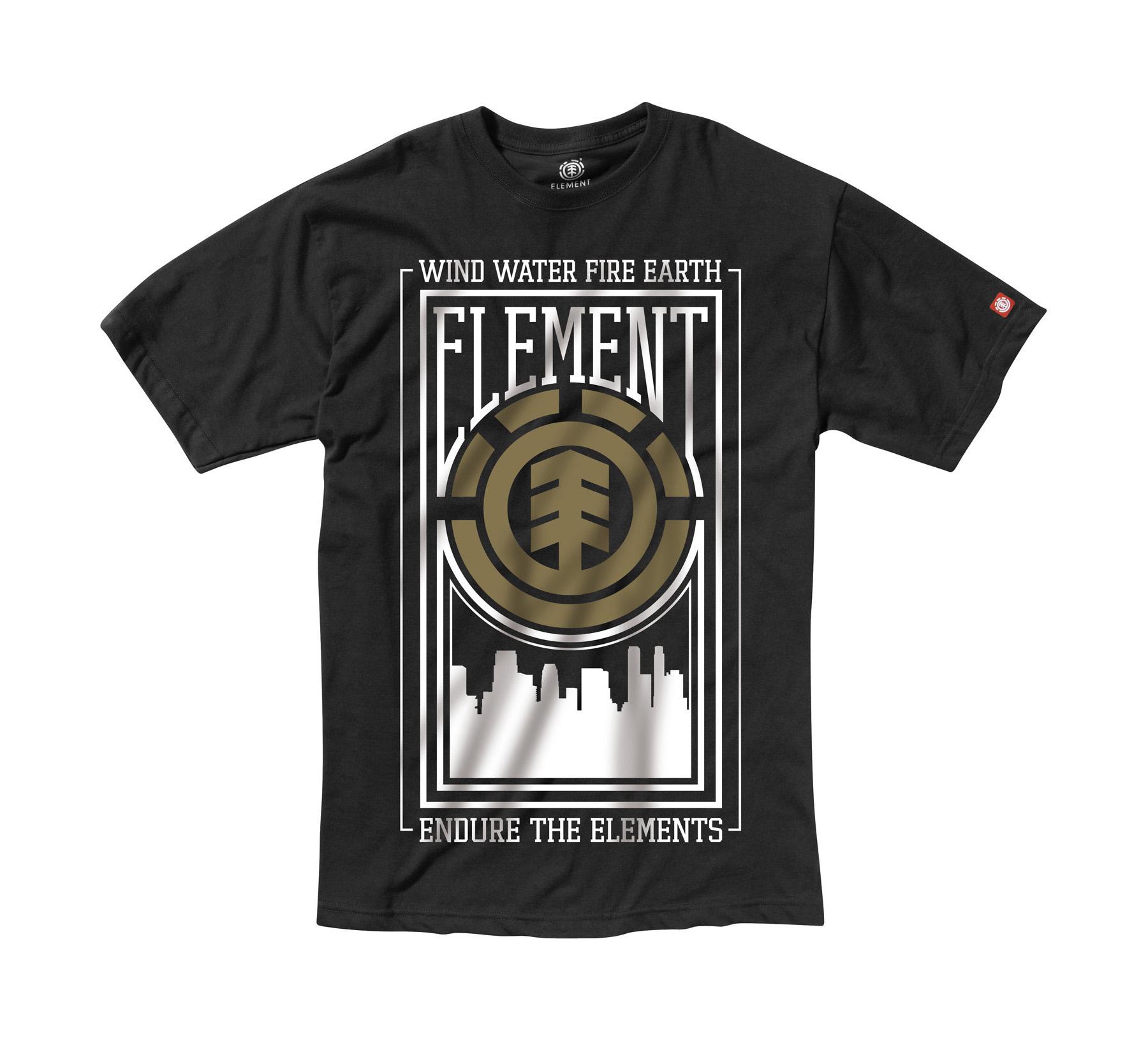 Concept #1. I wanted to keep it simple, but also put a little bit of creativeness into the design as well. Every skateboard starts from a tree, so I wanted to make the focus of this concept a tree in it's early stage of growing. I also wanted to incorporate the year their company started (1992) somewhere in the design. Instead of just putting plain old text, I wanted to morph the text into a leaf shape so that it would be kind of hidden in the design, but wouldn't take away from the main focus. Below is my first concept. The Element text will actually be more bold than that if I end up picking this concept. 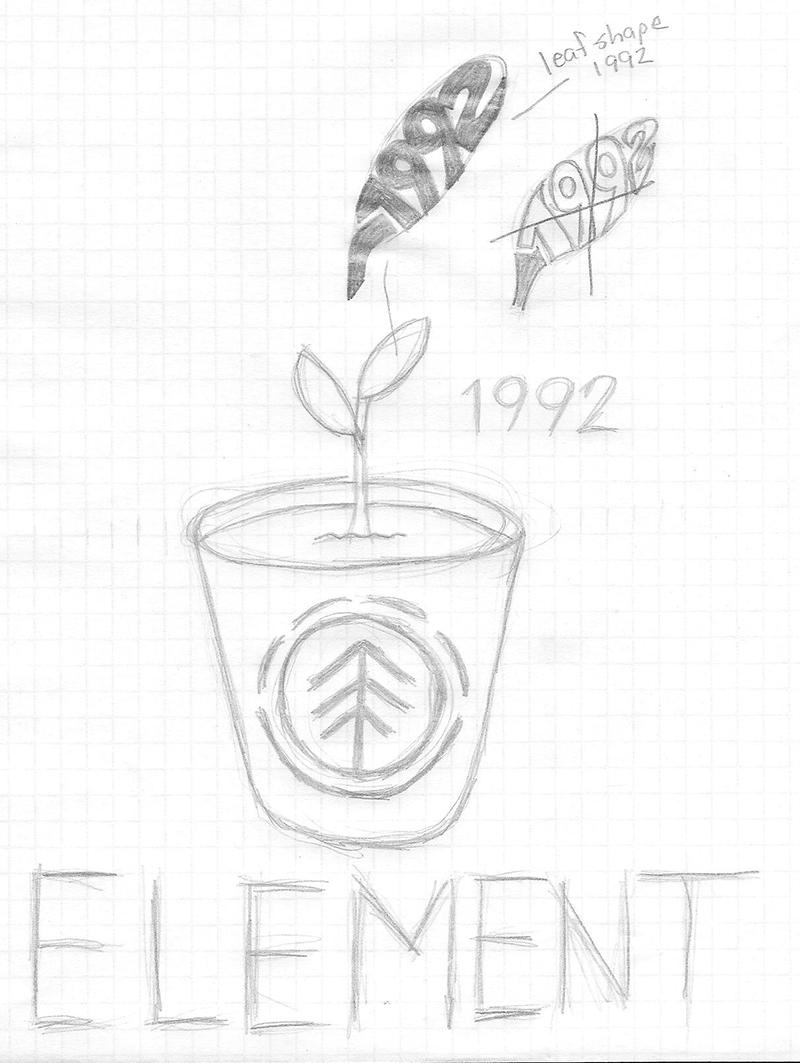 I am sort of having a creative block at the moment. I was trying pretty hard to take my concept to the "next level" but I can't seem to come up with anything good. I created my first concept into a quick vector in attempt to clear my creative block. If I end up going with this concept, looks like I have a good start on it. 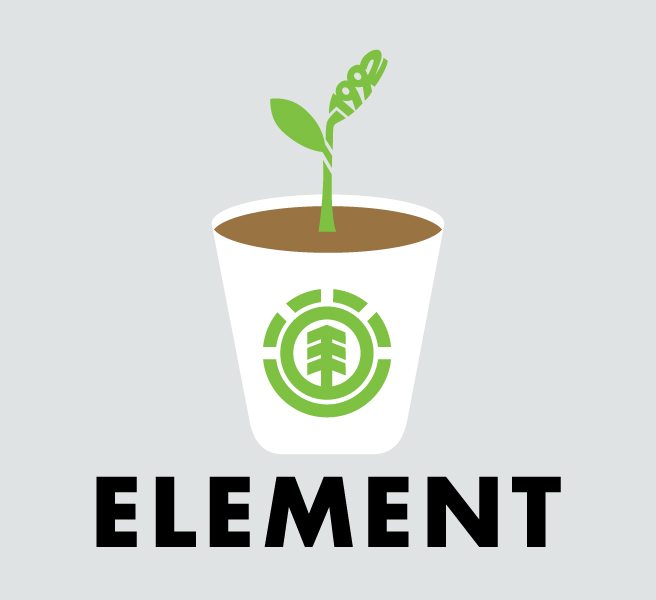 Here is another concept that I had. I ditched the little plant which could have been anything and moved on to using an actual tree. I still liked the little planting pot idea, so I decided to have the roots growing out of the pot. It might also be interesting to put the word "ELEMENT" inside the to part of the tree. 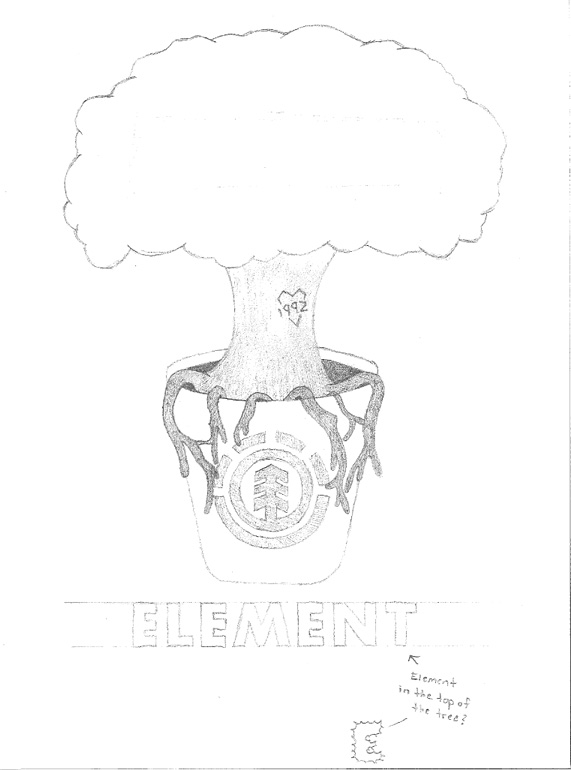 I gave up on my t-shirt design and didn't have time to work on it. If you received my design for the peer feedback session, you don't need to leave me any feedback.