I'm Brigitte, a graphic design student in California (always been drawn to illustration though). I'm a little late to the game, but I hope that you'll take a moment to look at my progress and any suggestions are very welcome.

I've decided to create a poster for instrumental duo El Ten Eleven - a band consisting of a drummer and a bassist/guitarist that utilize loop pedals to create sounds fuller than you could ever imagine coming from two guys. They have been around and touring for quite some time but they don't have much merch or posters, so I thought it'd be great to make a poster for them.

As an instrumental band, there aren't direct cues I could pull from lyrics to create imagery. Luckily, I had the chance to see them play very recently. Since they are well known for their use of loop pedals, I thought I would use those as a representation of their music. And though they use these electronic technologies to create music, for me, their sound comes from a natural place - you can hear that they're just purely having fun. 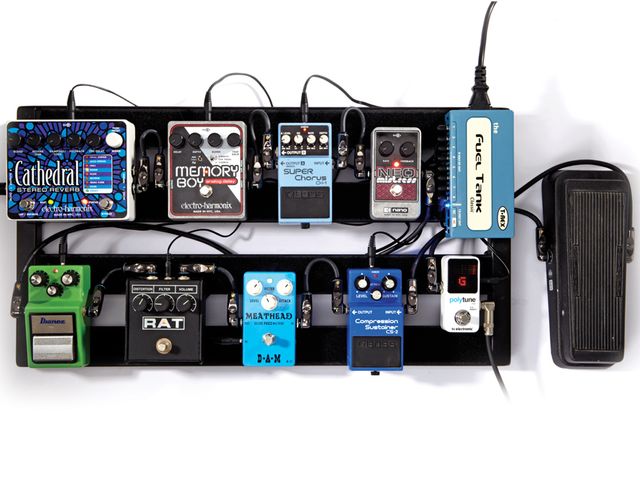 I really love the boldness of the work of Silence Television, but would like to put my hand-drawn spin on it, rather than inking in Illustrator/Photoshop.

I also really draw inspiration from Erica Williams - emphasis on the line.

I also really enjoy the colors that Victo Ngai and Sachin Teng use.

I've worked out this idea of natural visuals mixing with the machined loop pedals. I'm at the step where I'm figuring out what to adjust before I ink the final lines and am still playing with the typography. 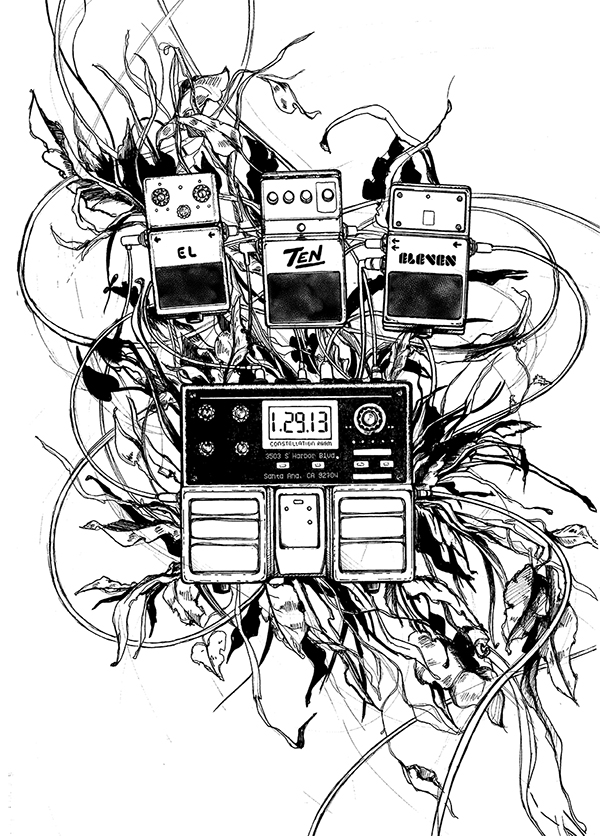 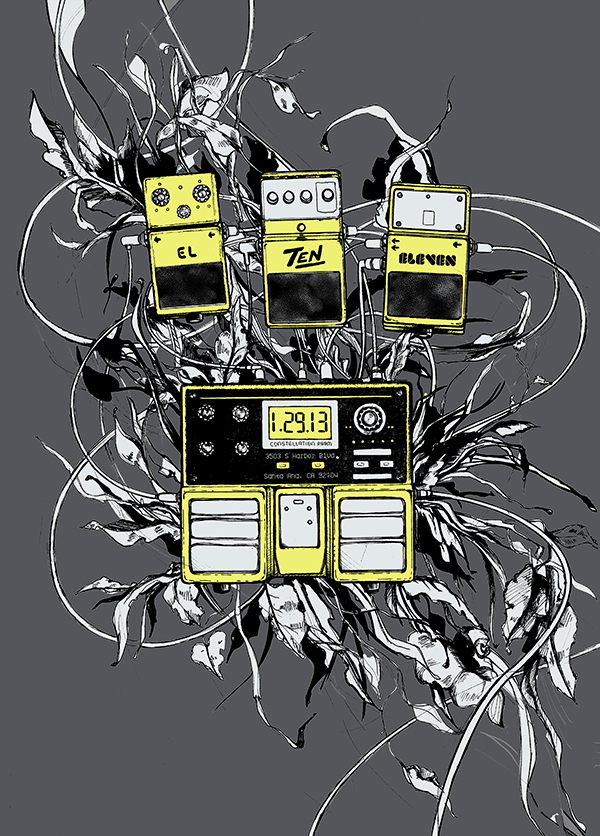 I made some quick color roughs/visualizations that I'm not exactly happy with. I've ended up liking my hand-inked linework quite a bit and would like to showcase that a lot better. Also, the typography is in a very, very early stage. I thought it'd be fun to put the information on the equipment, where other information would normally be displayed.