Here is my final design. Thank you so much to everyone who has contributed to the critiques of this project. We owe ourselves a hand, I was astonished at how helpful we all were. Thank you DKNG for hosting and the great lectures. I have definitely learned a lot. Hope you like! 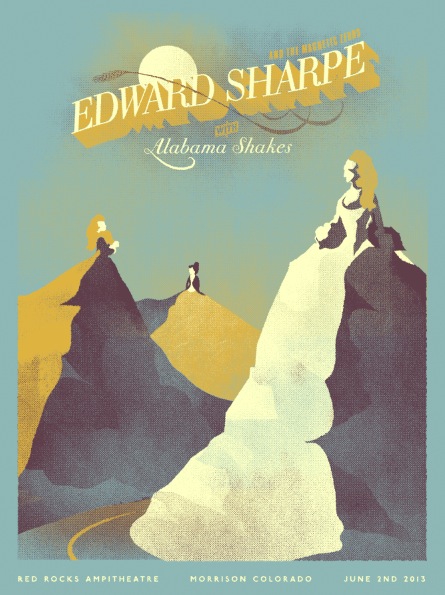 Some texture up close 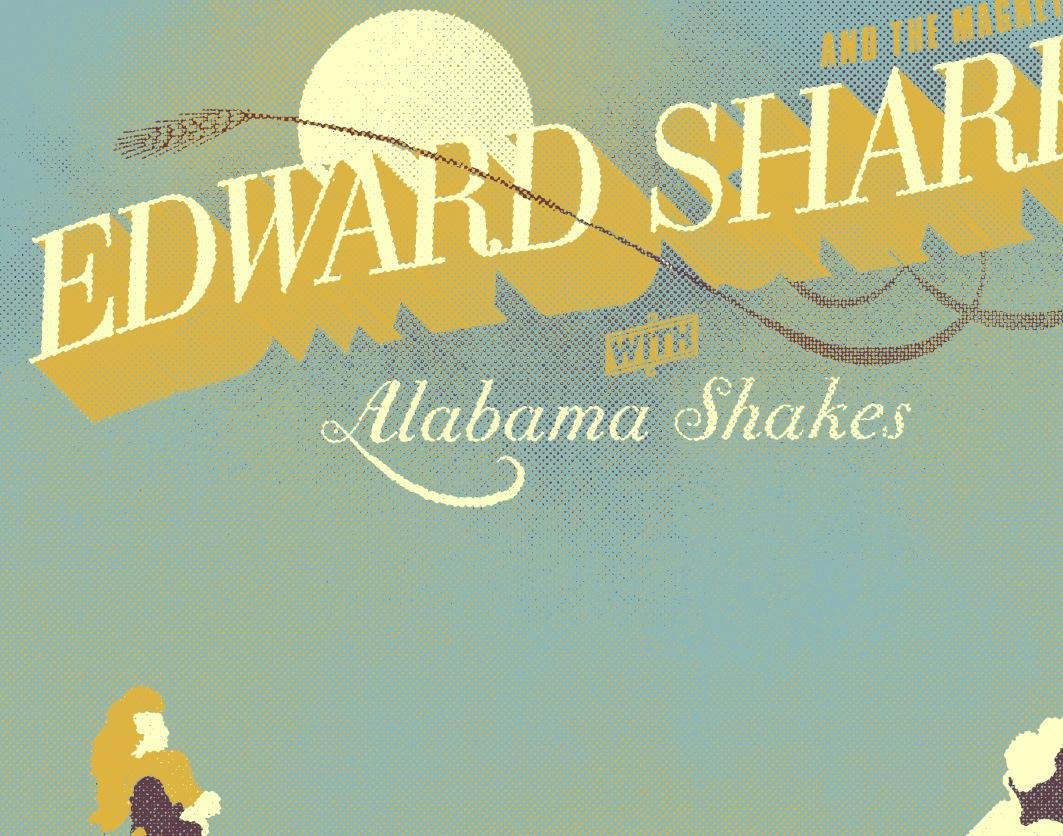 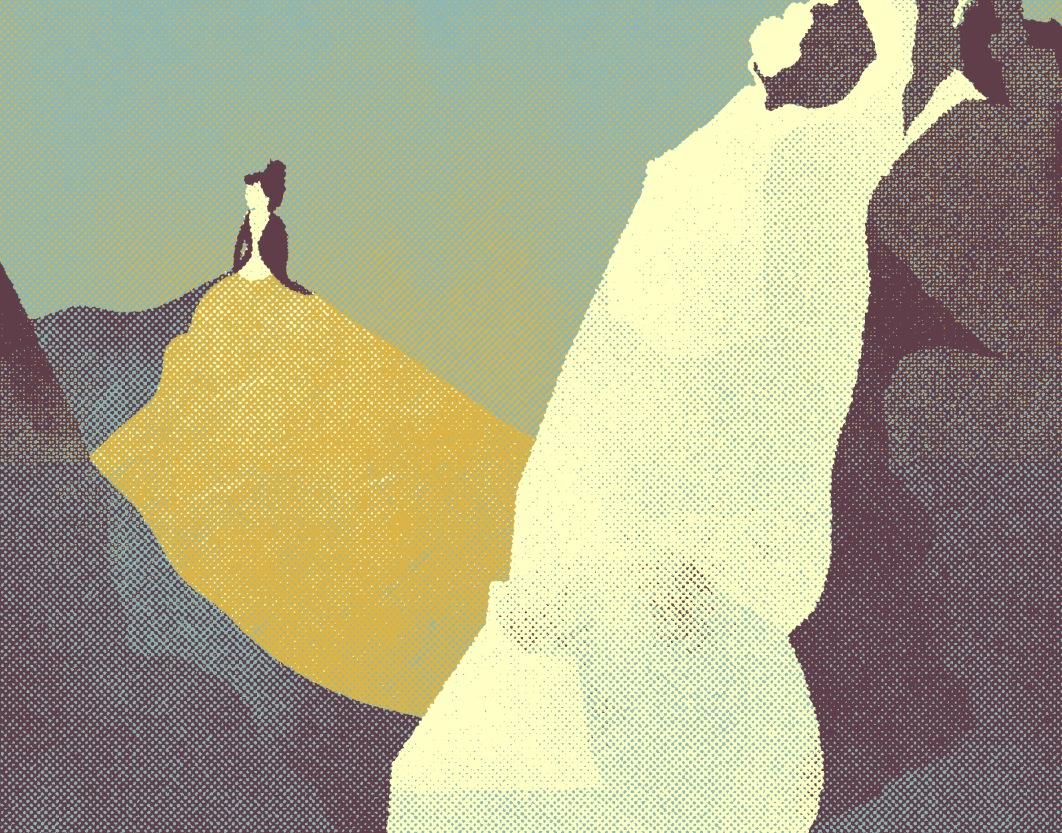 Seeing Edward Sharpe & the Magnetic Zeros play live is one of the happiest experiences I have ever known. They communicate musically with such a magical connection it feels only right to create a poster that visually speaks the same.

For this project, I will be designing a commemorative poster for their upcoming show at Red Rocks CO. They will be teaming up with Alabama Shakes for a double header performance. I have broken the project down to three visual groudpoints. I have started by noting key adjectives about them.

The three have much in common - big, soulful, open. I would like to portray this somehow in the poster. The poster could have elements of the Red Rocks Ampitheatre, however, I do not want to limit myself to that particuar environment but rather Colorado in general. 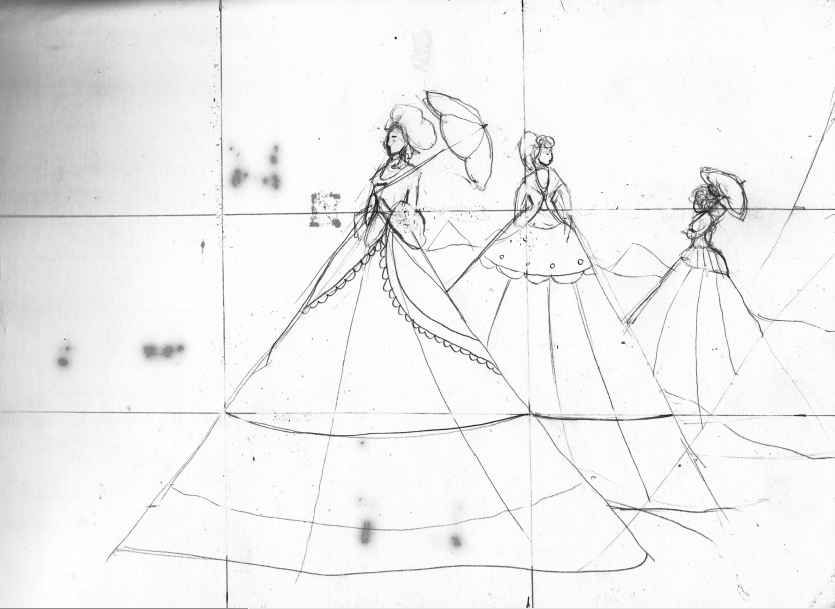 When I listen to Edwarde Sharpe, I often visualize a woman dancing softly in a huge patterned dress. Almost like an old 18th century get-up. I believe that would become a nice graphic shape to then branch off into patterns and intricacies. The shape of a dress could resemble many things, and in this project, it could most appropriately resemble a mountain. The women would be larger than life, almost like giants, but elegant. Taking this idea further, there could be many women dancing, therefore making a series of mountains. 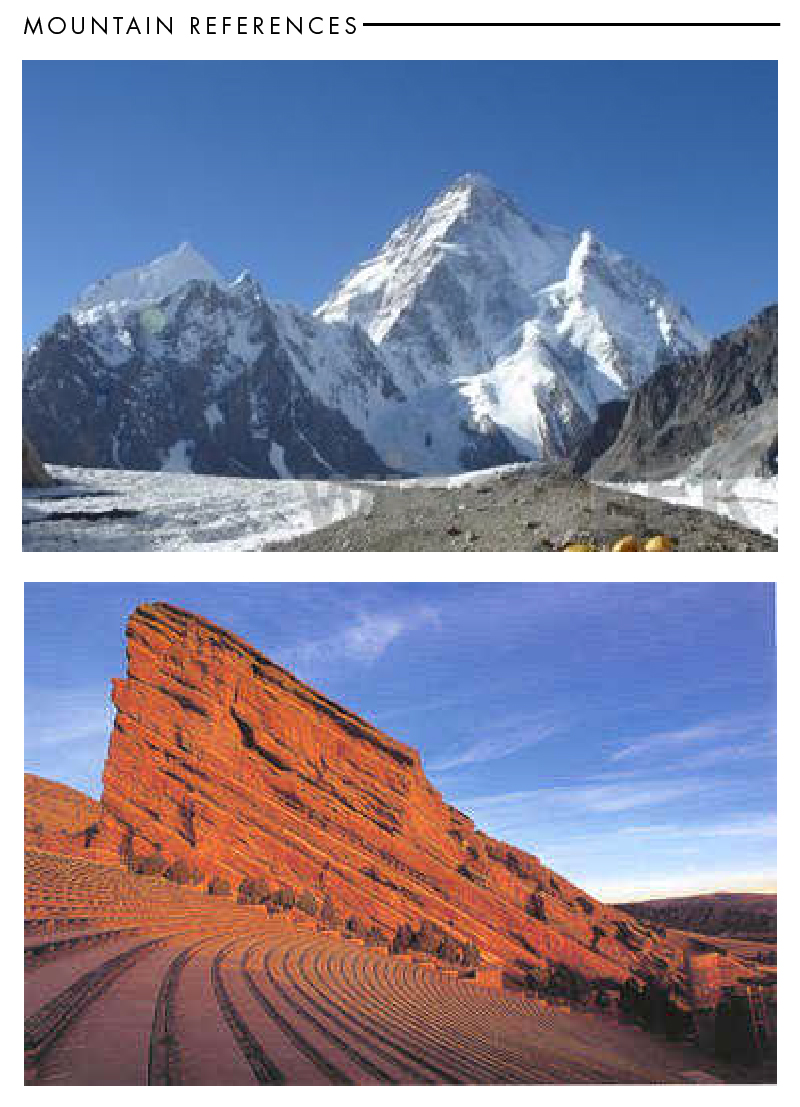 I feel that I can branch off more with a general mountain scene, rather than just the scene of Red Rocks Ampitheatre. 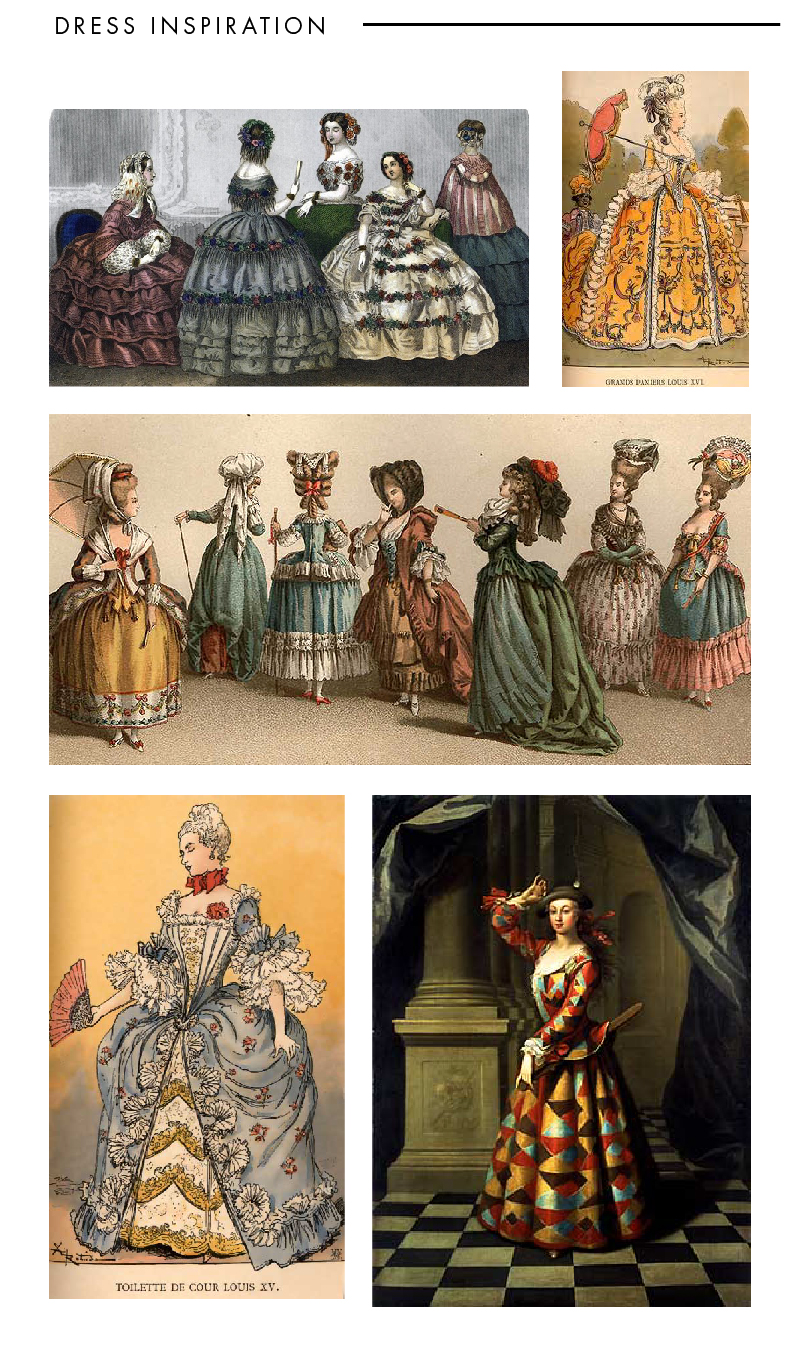 The inspiration for the dresses comes from 18th century style big dresses. I love some of the intricate patterns within the dresses. Also, I like the idea that these dresses are meant for an event - theatre, party, etc. 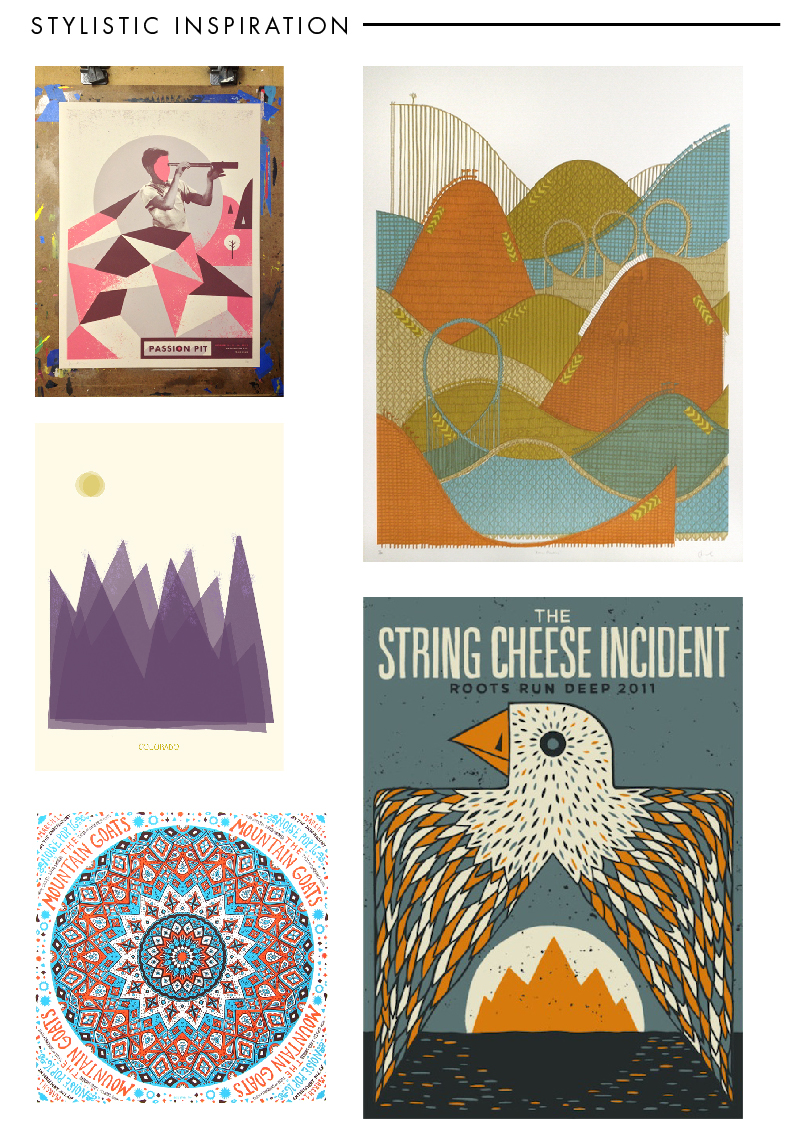 I think a nice raw, organic illustrative style will compliment the intricacies of the dresses and support the theme of Colorado. This style supports the band's themes portrayed in their music as well. I'd like to create a balance between geometric shapes and organic elements. 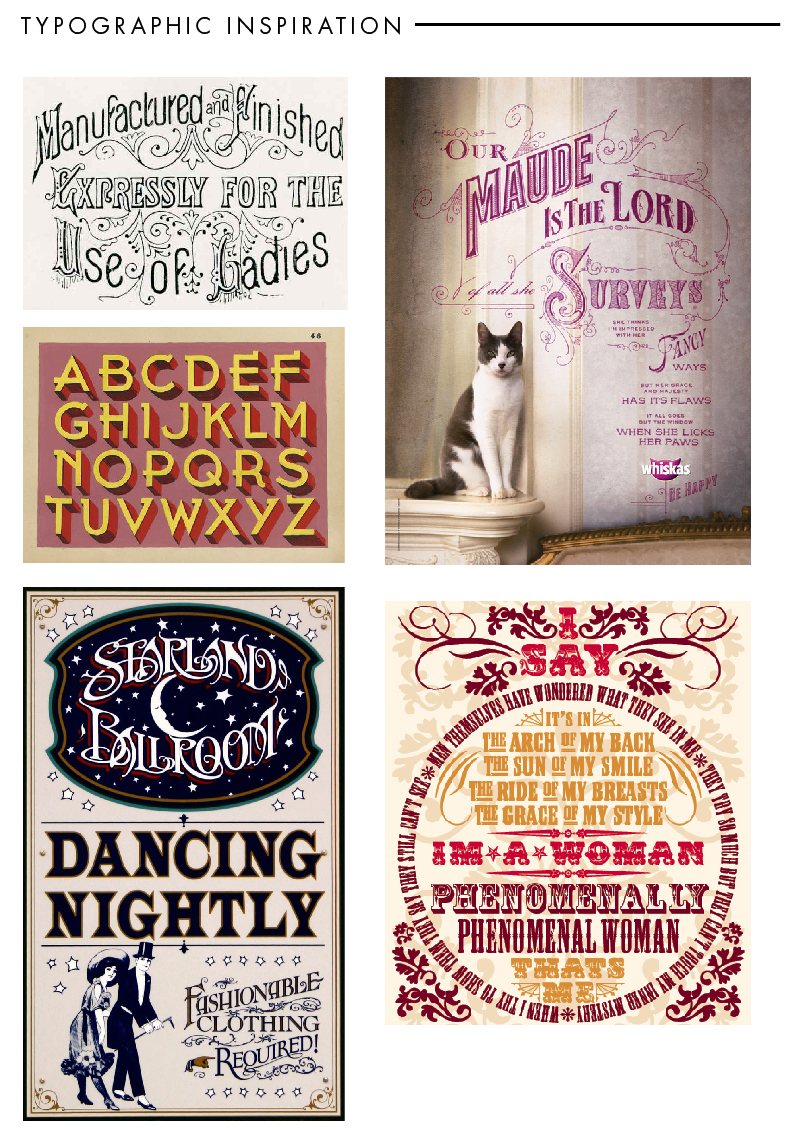 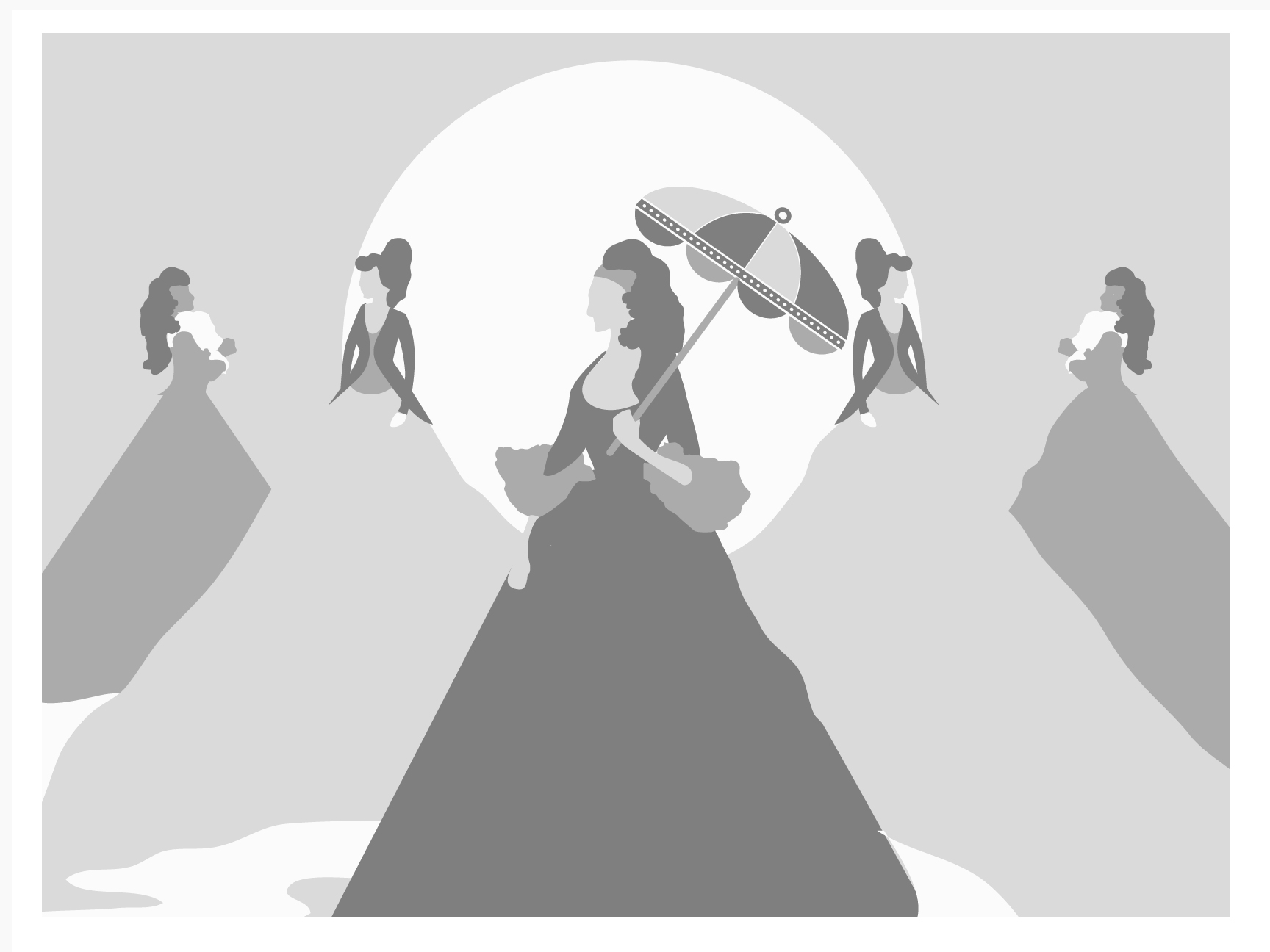 Here is a basic vector of my concept thus far. The format would be an 24x18 in landscape. The typography/band names would go on both right top and left top sides (sky), or perhaps, just one side. The real challenge here is to get the dresses to look like realistic mountains in scale/proportion. 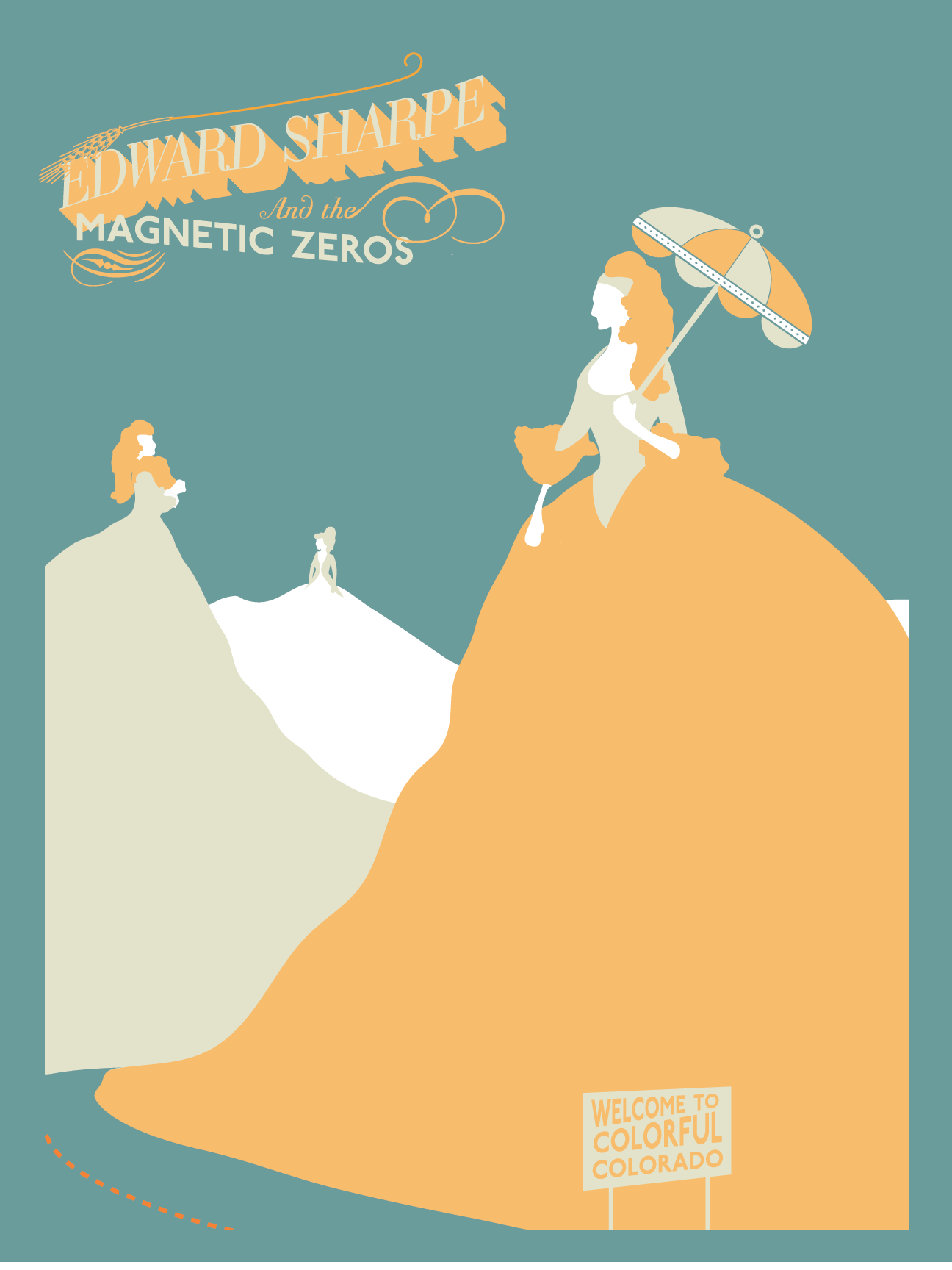 A still basic vector but vertical rather than horizontal. Now introducing a warm vintage color pallette and rough typographic treatment. 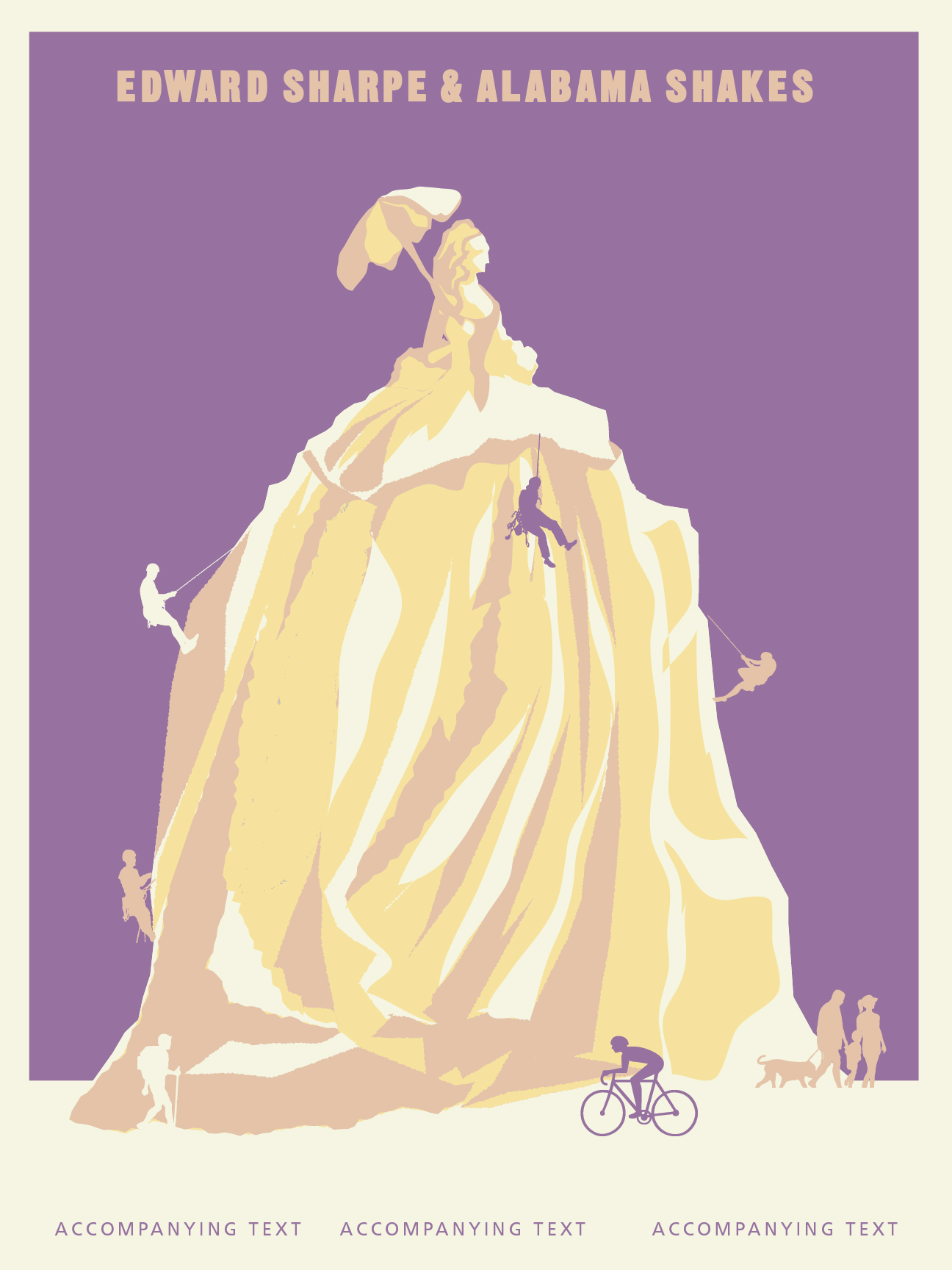 Same concept with a slightly different approach. The woman would serve as a rock climbing rock rather than a full mountain. This solution would (in my opinion) be easier to execute because of scale. Because mountains are so huge, everything else would be so tiny. I feel that this is much more centered/ simple. The textures , typography and colors are just to get an idea of the direction. I am a bit behind at this point in the class, but I think I can pull it together. Any thoughts on this direction?