One of the more unique, old-school sounding bands of our time. Edward Sharpe & The Manetic Zeros are playing at Red Rocks this June (with Alabama Shakes)--what a fitting venue for their earthy vibe.

Listenting to ES&TMZs makes me want to live in the 60s and 70s. After doing some research, I found out that Alex Ebert, the lead singer who is also the lead from Ima Robot, came up with the idea of Edward Sharpe after he broke up with an ex girlfriend, moved out of his house, and started his journey through a 12-step addiction recovery process. Edward Sharpe is a figurative messianic character who Ebert says "was sent down to Earth to kinda heal and save mankind...but he kept getting distracted by girls and falling in love."

This character is represented in all sorts of ways through ES&TMZs' posters, sound, even the way they dress (I have seen them several times and I swear Alex Ebert is always wearing his same outfit: a white (more like brown by now) canvas shirt and pants that look something of the likes of Jesus or other "messianic" figures.

In other words, ES&TMZs is very earthy, representing freedom, liberation, nature, love. So with these ideas in mind, as well as their general approach to indie-folk, I came up with several concepts I felt would represent the band well, particularly in a venue like Red Rocks Amphitheatre.

A Lotus Face?
I'm going to start with my least developed concept. Originally I was thinking of doing some kind of floral, geometric type poster. I started with the idea of a Lotus. This is a strong Buddhist concept  which represents freedom, love, and all the highest qualities of life--also qualities portrayed through the art of ES&TMZs. My original inspiration came from this former ES&TMZs poster: 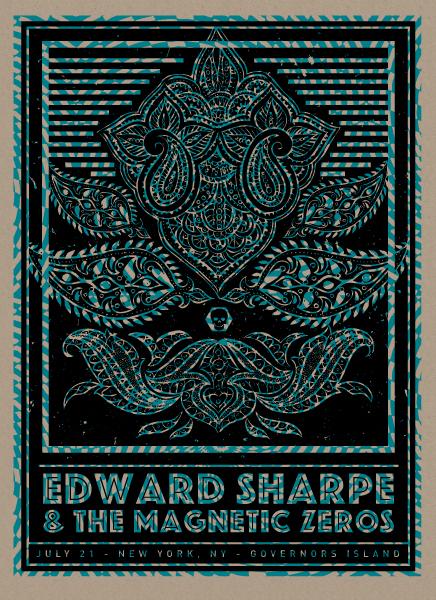 I haven't gotten far with this concept yet, but in developing the very start of it, I realized I could take a couple different approaches to this shape: I plan to stick with the Lotus idea while incorporating the fact that it simultaneously looks like some kind of face. Again, very preliminary concept but I liked the idea of having multiple images in one. I also want to bring in some symbolic things, like making ying yangs for eyeballs or something of the sort (inspiration through a lotus ying yang): 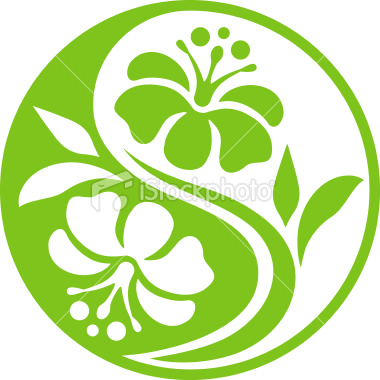 Earth, Wind, Fire, Water
Being that ES&TMZs does have such an earthy vibe to them, I came up with an idea of bringing the 4 elements into a poster.  I want to have a figure in the middle that represents man and being, connected to all of the elements. The figure will have tree limbs and leaves coming off of them and the feet will disappear into a puddle of water. Surrounding that water I will have fire and flames. 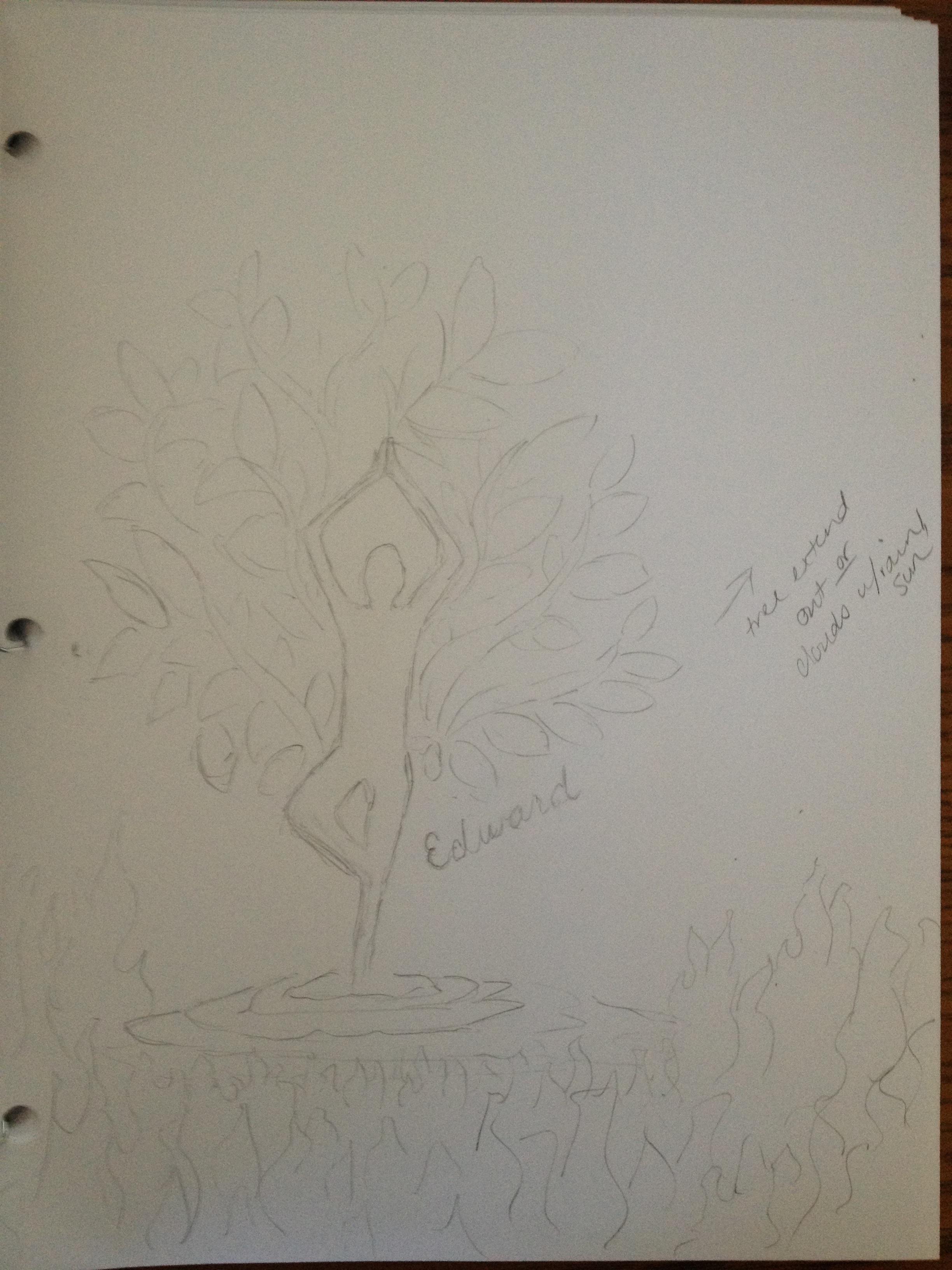 I'm undecided on how I want to do the top. I will either have the tree extend out and do something with that, or I will have clouds above it raining down (the rain will pour into the puddle), and on top of it all have the sun appearing out.

Inspiration for this came from looking at other ES&TMZs posters and seeing how they bring a lot of earthly elements into the art. 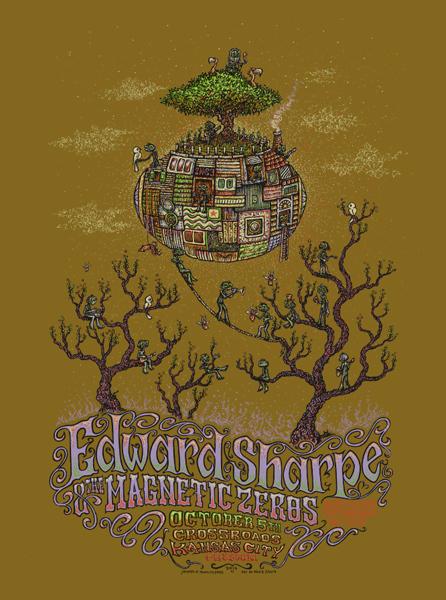 40 Day Dream
My last concept is based on the song 40 Day Dream and inspired by some more psychadelic prints. I originally came up with the idea thinking of the Beatles--this song mentions the Magical Mystery kind, like the Magical Mystery tour. So I want to have a bus heading down a road. I am thinking at the foreground, where the bus it, it will be "normal" land and environment and we will see down towards the horizon it turns into a psychadelic kind of hippie land. 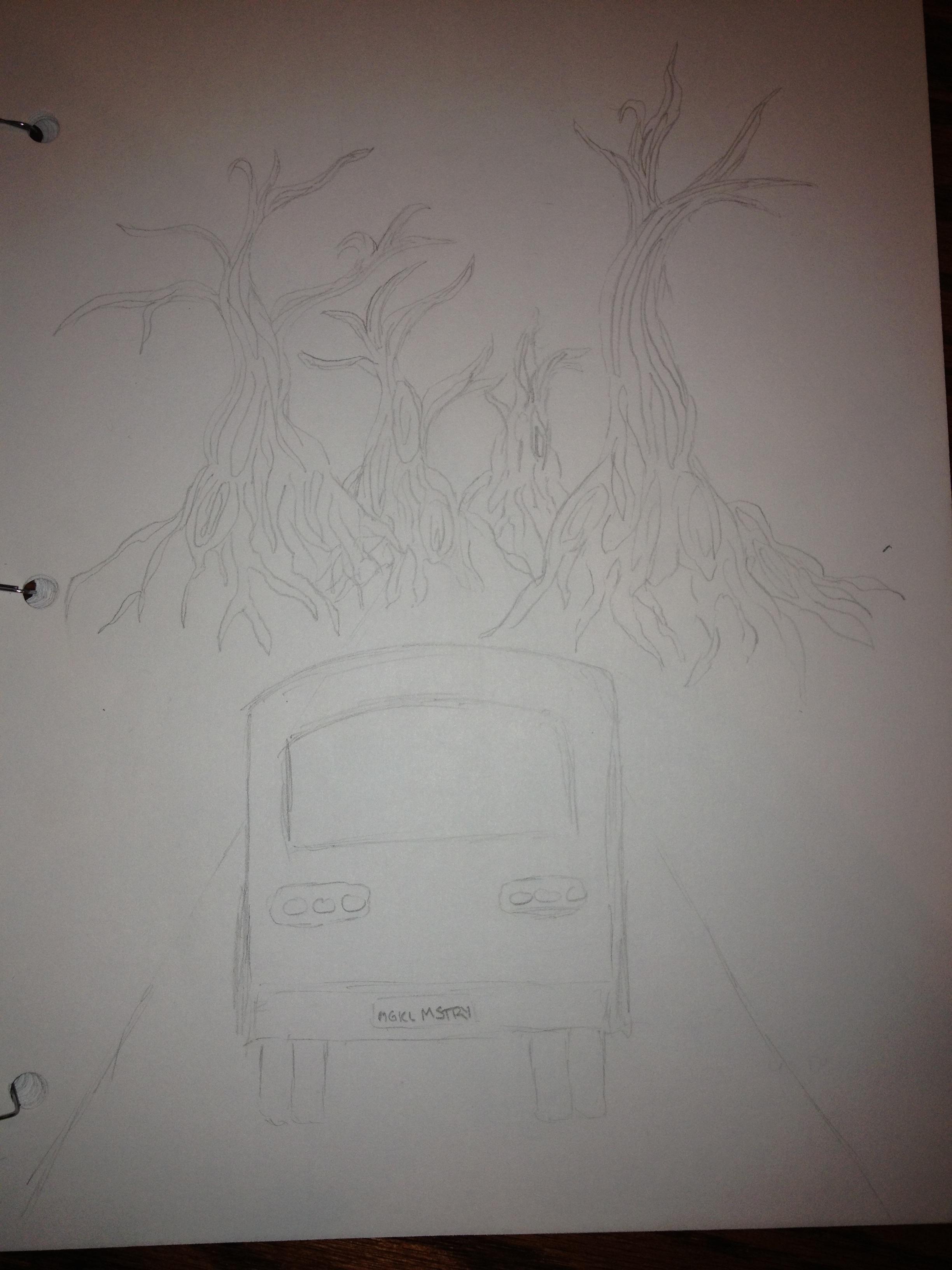 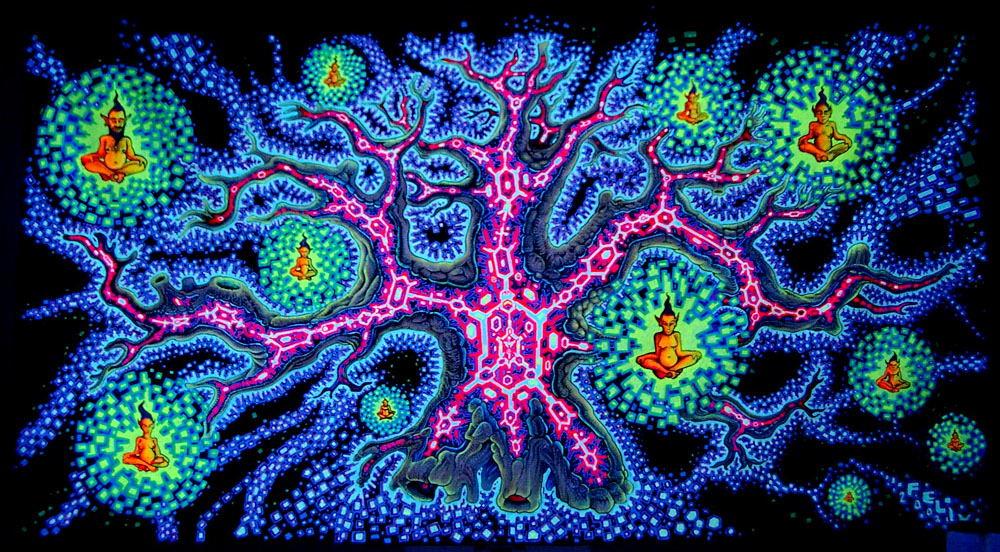 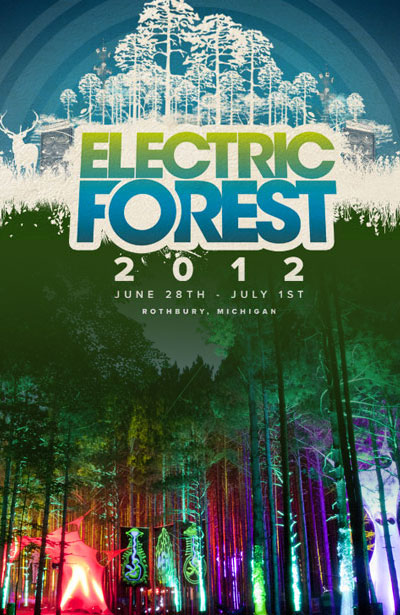 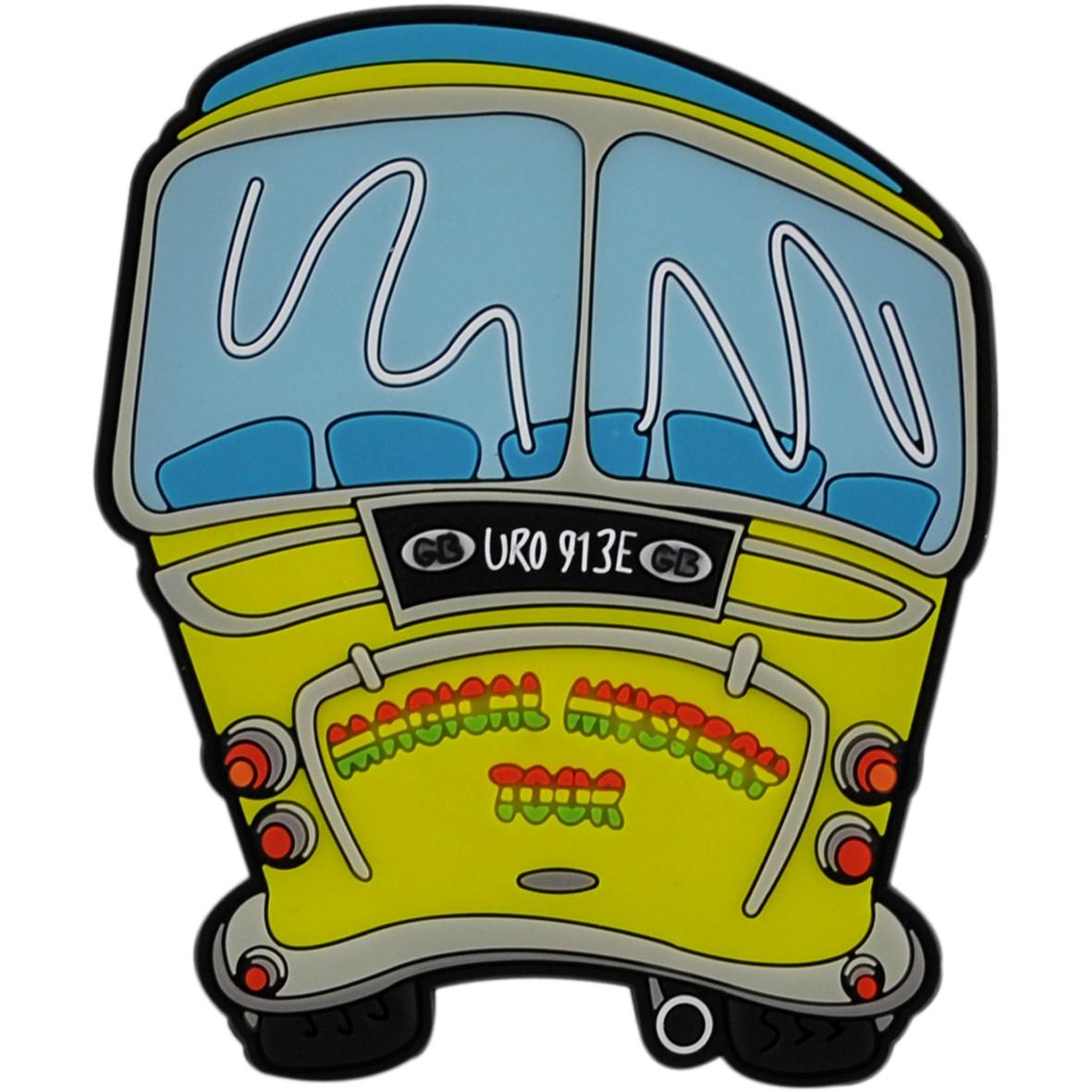 I'm not 100% sure which idea I'm going with yet, as all of my concepts are still developing. But I am open to any comments/critiques/suggestions!

Thanks for taking the time to read this!