Instead of starting with an image from space (which is a GREAT idea by the way) I used an image I created with the Uzu iPhone app. Uzu is a generative art tool that creates random patterns with unlimited possibilities. From there, I followed along with Jorge's instructions, using Glitche and the scene function to create a 3d landscape. I tweaked it a few times in Glitche until I got the effect I wanted. Then I sent it to Mextures and added lots of the grunge/gradient effects I wanted. The minor twist is that I created two images in Mextures that I liked (one light, one dark) because I wanted to experiment with another iPhone app called Union. In Union, I used the two images I created and put them as the foreground and background. I then used the masking tools to create the shapes you see in the final image!

It's really amazing how creative you can get with your artwork using only our phone! 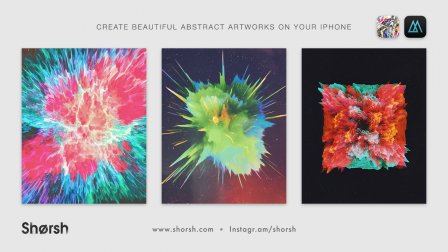