This was one of the best tutorials ever for me. I loved the scene very much and I decided to develop it further into a short video that feels like a music video of sorts.

I'm new to C4D but I do a lot of cinematography and editing so it was really nice to play with the camera angles and animations. For some of the shots, I had to improvise and adapt the scene but in the end, it wasn't too difficult.

Also, I added the cityscape from the next lesson as I think it really adds to the scene and sense of scale.

For the music track, I went with a classic...Trevor Something : Summer Love.

And the engine sounds are from Gran Turismo :). I played and recorded the game so I could import the sound in Premiere.

The effects are all pretty much the same. I just added some motion blur in Premiere on top of everything. 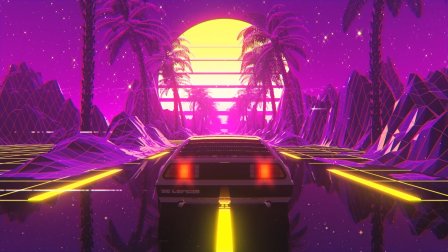