I decided to make up a brand called Drainpipe Jeans.  The vibe is going to be rock and roll, greaser, teddy boy, motorcycle, but not necessarily confrontational.  The mood board tells the story. 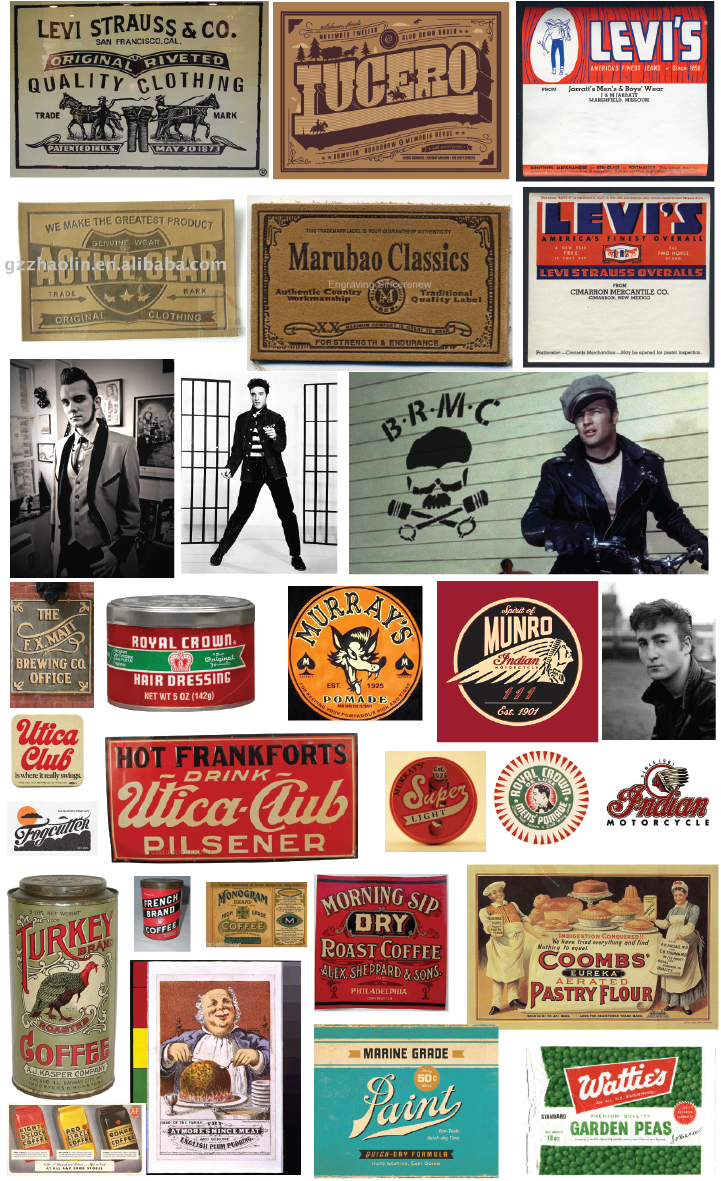 I started working on a couple sketches today.  Here's what I've got so far.  Pretty raw, but I'm just getting ideas down. 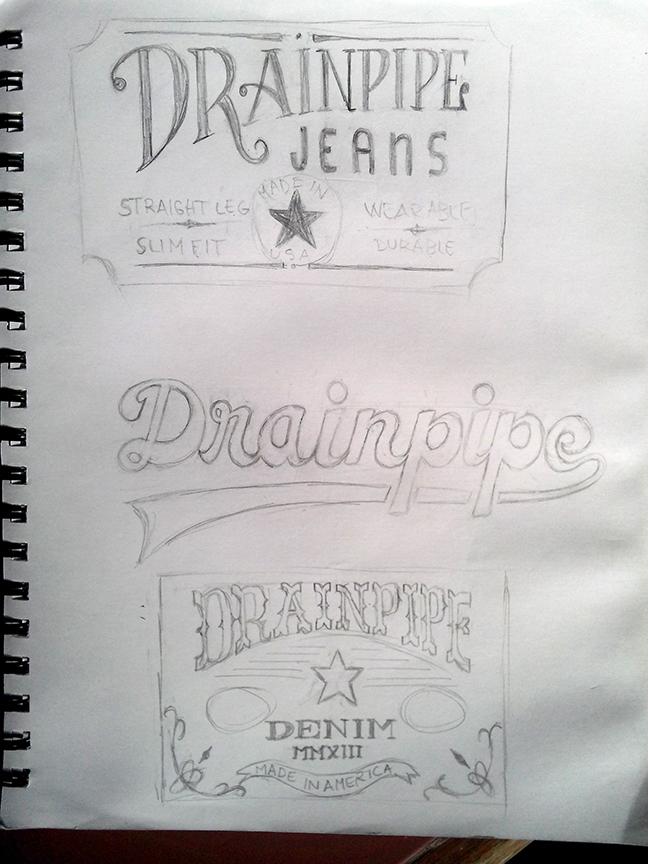 Here are a few more ideas.  I'm struggling with the level of "American-ness" I want.  I'm squeamish about using Native American imagery, but I thought about Indian head pennies and Buffalo nickels.  I like all of these ideas, but I'm really not sure which way I'll go.  It's tough because I'm my own client.  I think I like the look of the western label best right now.  I added little circles at the end of the star points like a Sherrif's star, and that really brought it together for me conceptually.  Ah, it's early yet.  Stay tuned! 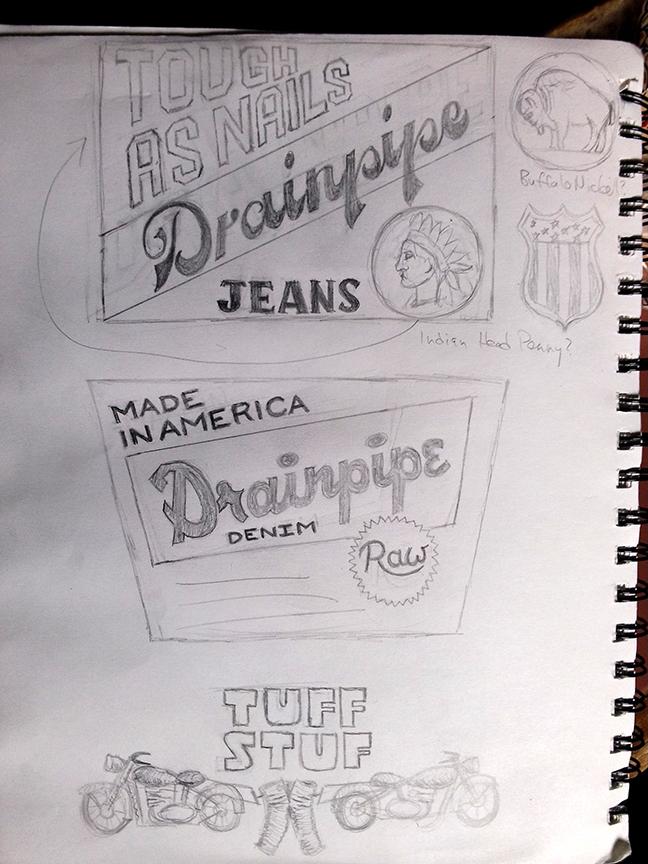 More sketches from today.  I like the way the winged wheel fits compositionally and thematically, but is it too cliche?  I also had some fun with my brushpen doing looser letters.  I haven't quite found the right formula yet. 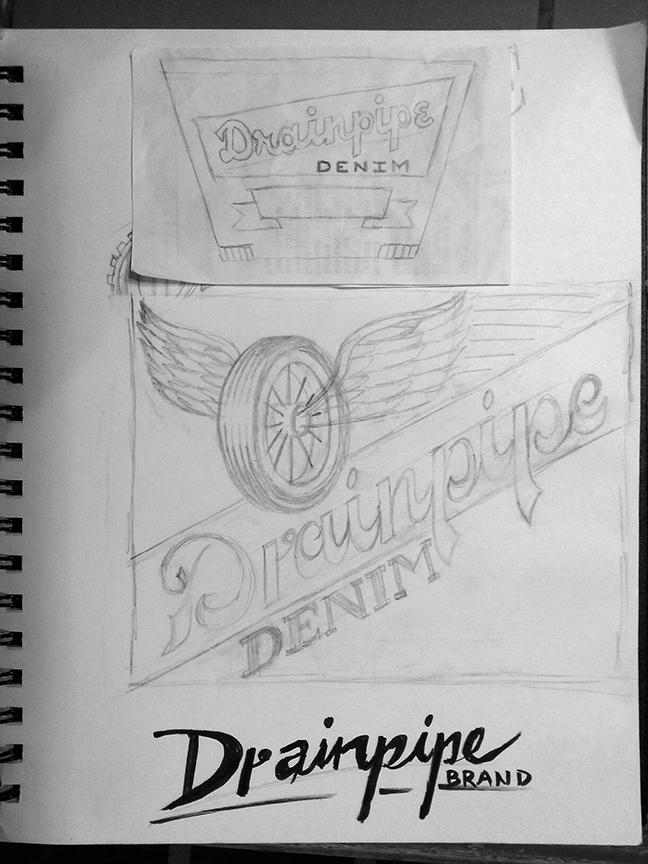 I had the thought to go more biker with it, so I got out my calligraphy nibs and played around.  The letters are somewhat inspired by Chuck Davis's Unlovable font.  I like the layout of the western looking one, so I revisited that as well.  It's obviously sloppy as hell, and the flourishes are garbage, but I think I have a winner. 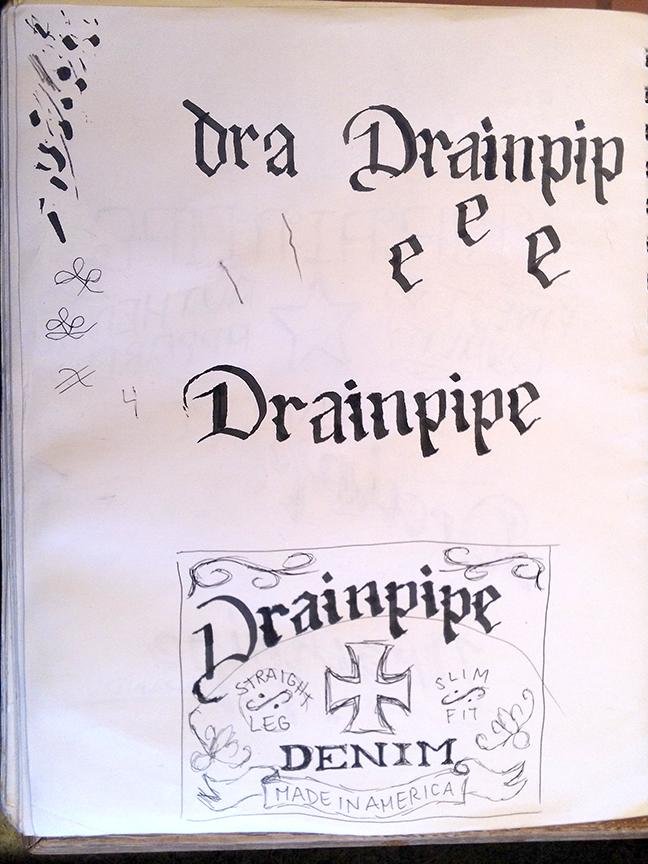 Here's a cleaned up version of the "gothic" idea.  Is it working?  I like it, but I don't know if I love it.  Also, I get terrible smudges when I try to erase the pencil after inking.  Do I have to trace it on a light box?  I might as well bring it into Illustrator, but I know I'll lose all the funk if I do that.  What do you boys and girls do? 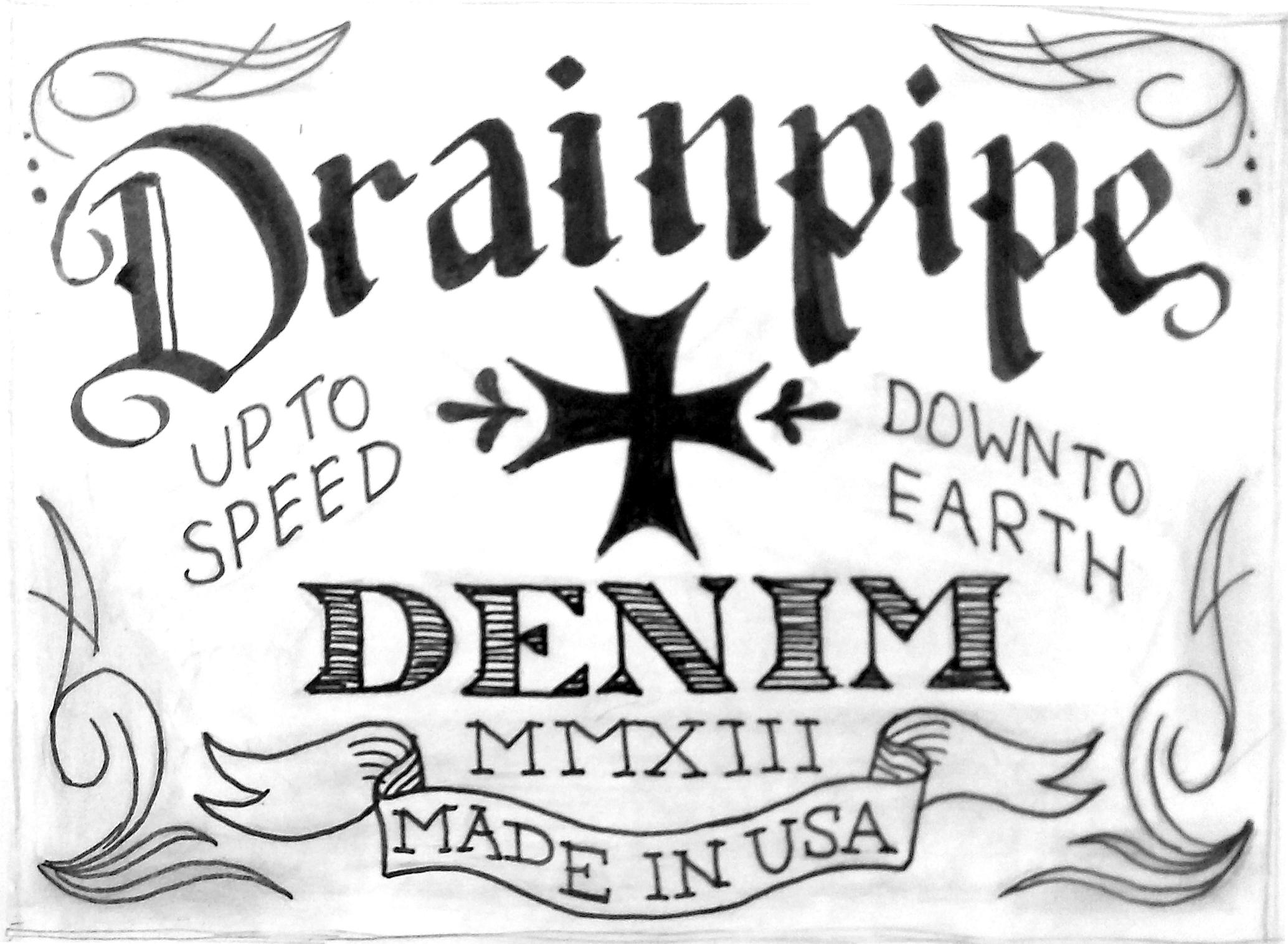 Getting closer.  I don't love how "Up to speed" and "Down to earth" are sitting, but I'm not sure what to do there.  I'm also afraid it looks a bit cluttered?  Almost there... 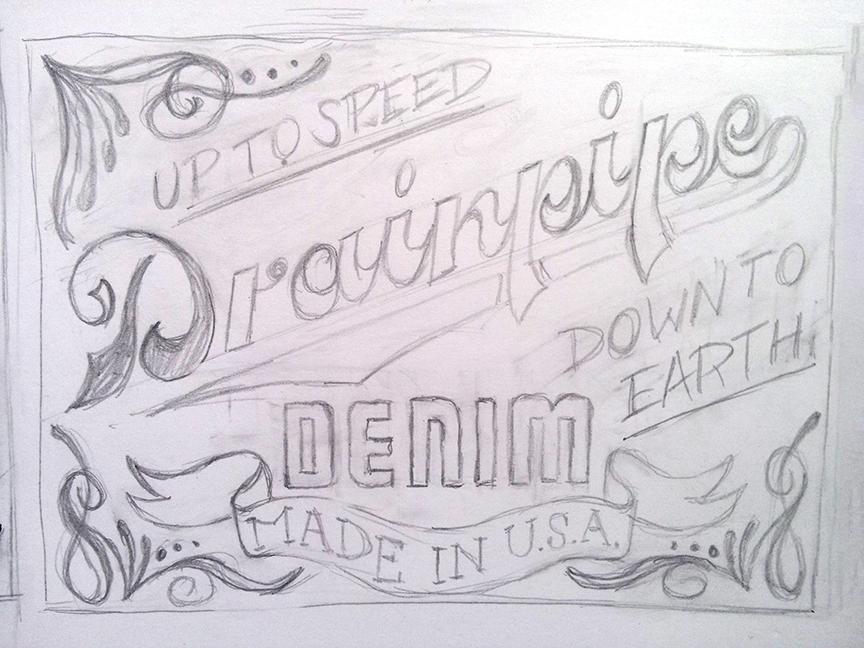 This class has reawakened my love for lettering.  I used to doodle band and record label logos in my notebooks in high school, and do fun lettering on mixtapes and CDs.  For some reason, I stopped doing it.  This class has totally inspired me to get back into it.  Here's what I did today. 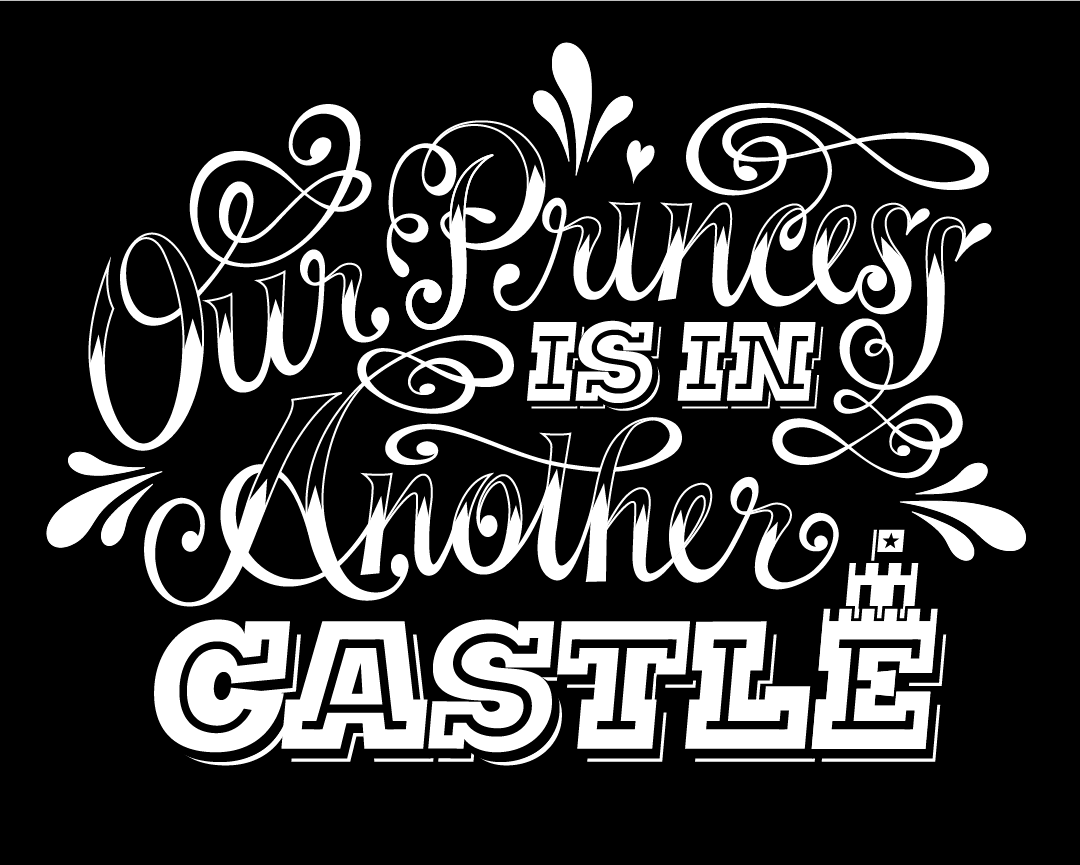 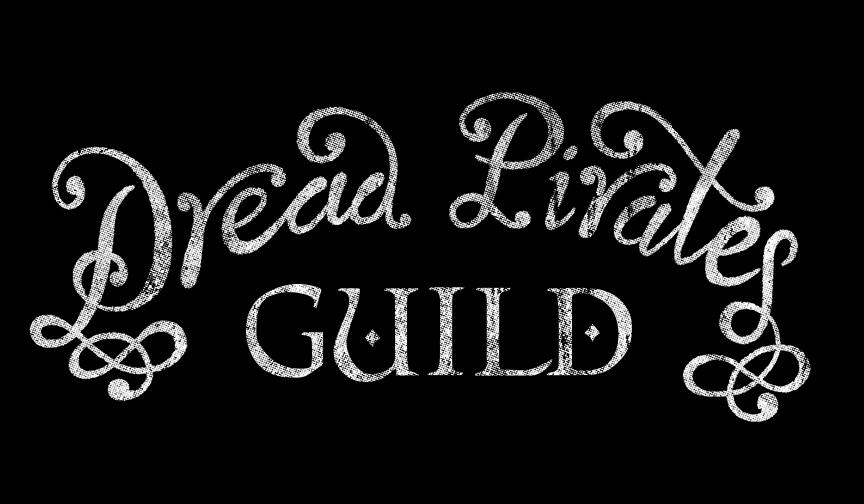