I was unable to take a good photo of the whole page (which included thumbnails based on cats,fish and dragons as well as birds) so I made sure to at least upload a photo of the main parts of which I used in my final piece.

This was the light base sketch.

I was going to do the image in purely graphite as was done in the lesson however because of the design I struggled and so did line work instead of a purely pencil piece.

I then opened the Lined piece in FireAlpaca and tried to adjust the levels to be as close to the image in real life. Unfortunately the line work was not as strong in this but it also made the overall image clearer?

For a bit of fun I did a little bit of colouring digitally. 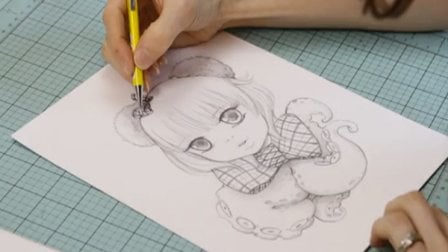