I've been a graphic designer for some years. Huge typography fan. Haven't really tried hand-lettering though -- just work with fonts -- and occasionally convert to outlines and then tweak a few things. I feel like I should be doing more hand-lettering though, because it's more artistic/rewarding -- and would push me personally to do more fulfilling work.

Re: my phrase, in my own life I tend to get tense too much. I grind my teeth like mad. I catch myself often with tense shoulders and shallow breathing... and it's crazy. I need to relax. I need to remember to breathe.

I haven't purchased any equipment for this project... but here's a quick shot of my first attempts at sketching out possible directions (not sure why it rotated it sideways). I don't want to choose a direction and run with it too early just because it's "good enough" -- I want to really flesh-out the possibilities before moving into the development/fine-tuning stages.

Looking forward to this.  :) 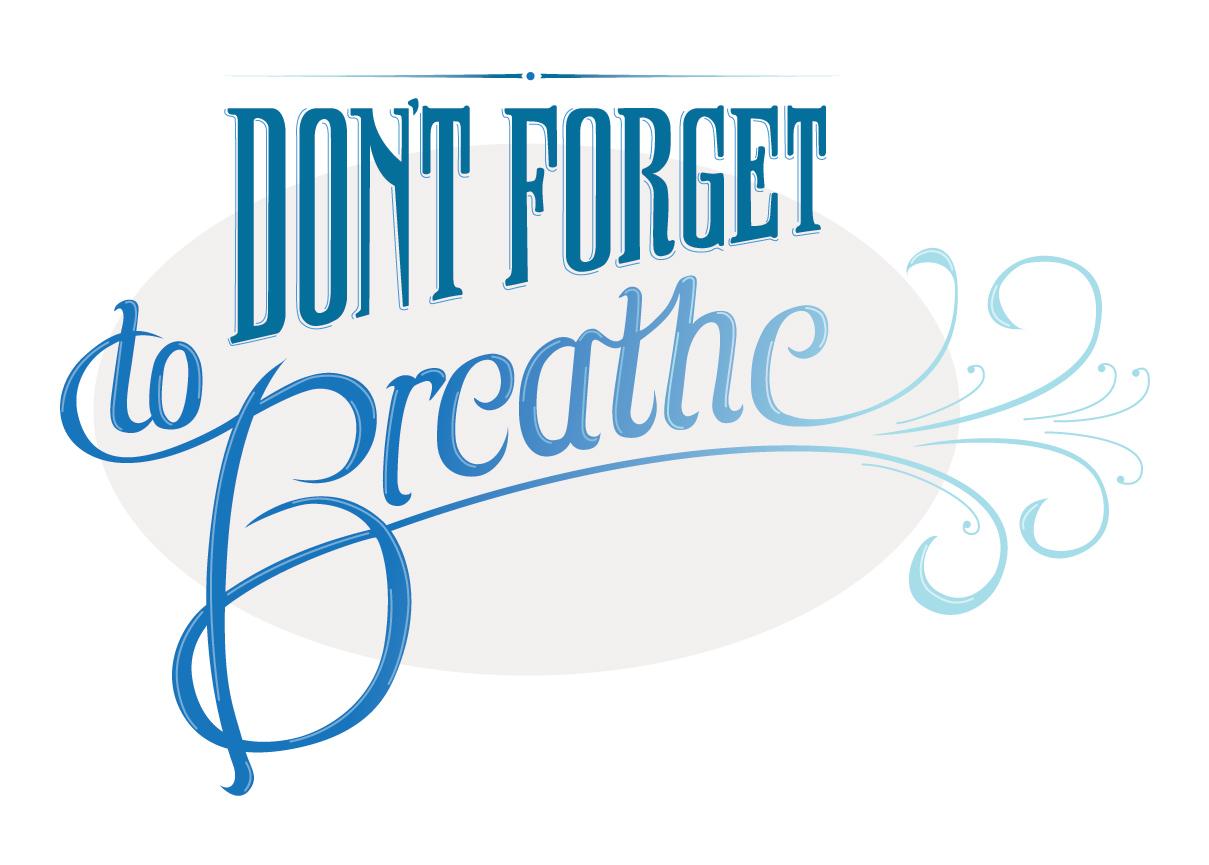 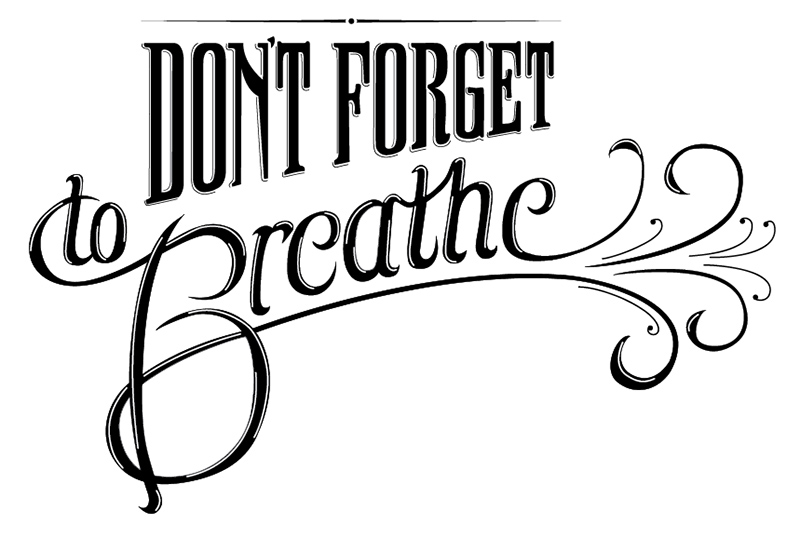 **3/22 update ** Changed the placement of my "to" completely, and made letters more loose/curvy! 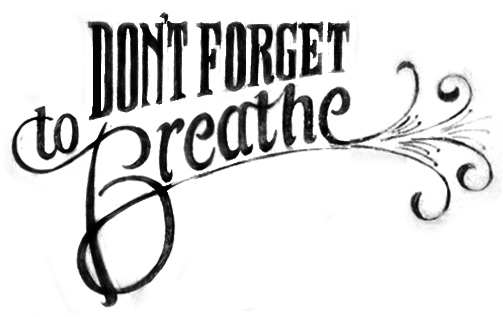 ** 3/21update ** Played around with size of "to" and with straightening/tightening up the details in the top row of words. Used t-square, which really helped. 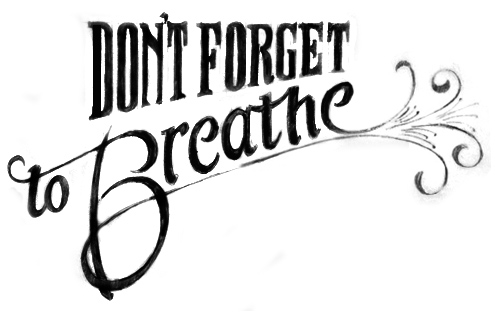 ** 3/20 update** Changed my B to be more loose/round, changed some spacing. After getting Neil's feedback I still will change the "to" even further -- but it's tweaked a bit on this version. I look forward to getting this into Illustrator, where I'll have more control!!  :) 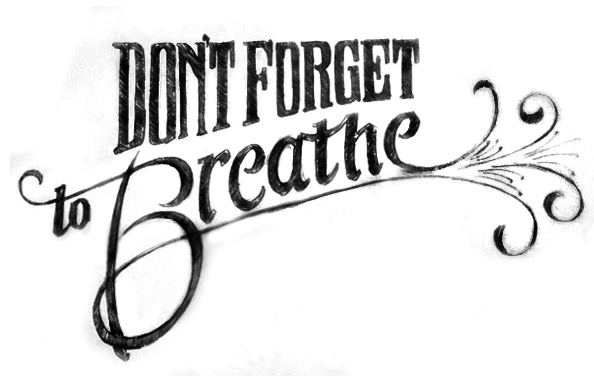 ** 3/15 update ** New sketch below, not including little extra details... just trying to work out the letter/word spacing. Tried coloring it in to see if it seemed to crowded when things were filled dark and not just outlines. I'm generally okay with things but not thrilled... I think it's mostly because of my challenges with doing as pencil sketch. Also don't like my implementation of "to" yet! 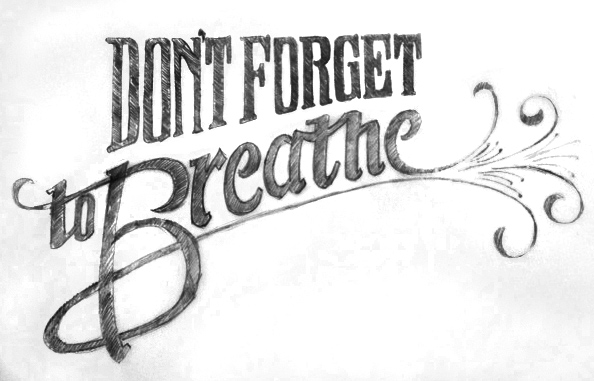 ** 3/14 update ** Just added current version of sketch. I think it was my fourth.  :)  I'm trying to show tense/firmness above and looser/breath-ey type below. 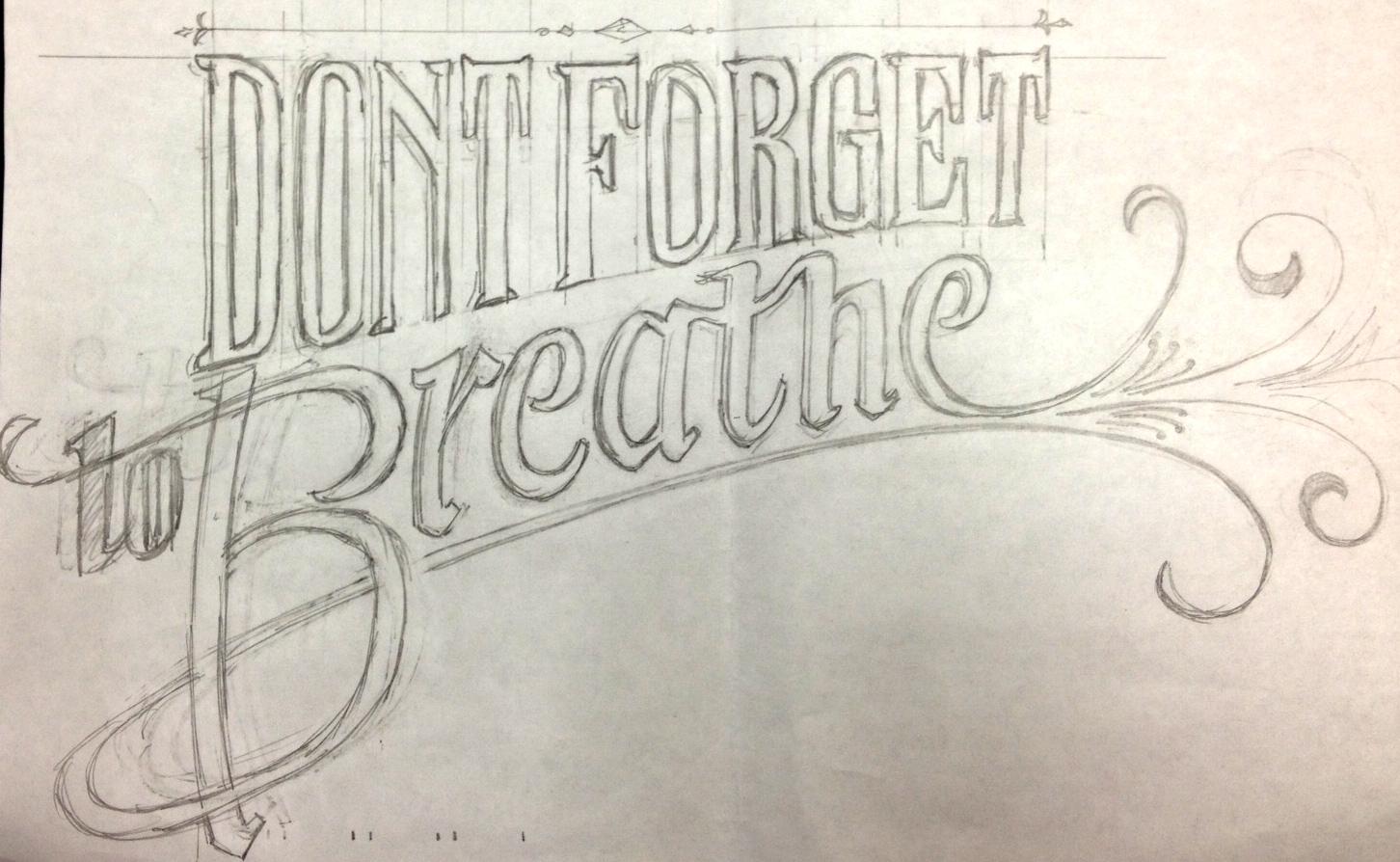 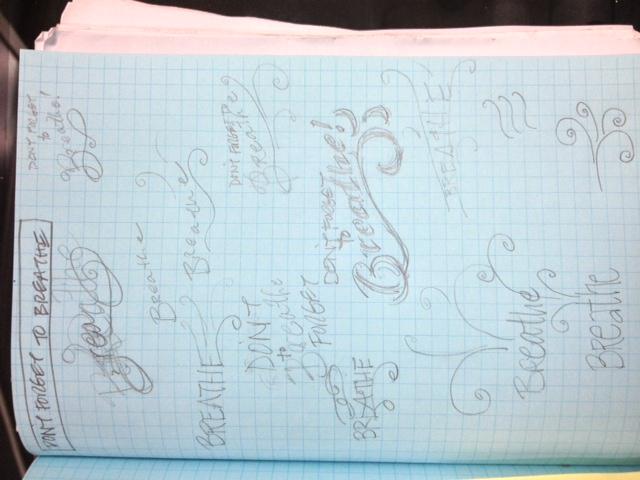