Living in a city can be stressful. You drag yourself out the door in the morning and are instantly assaulted by so many things. All the people coming, going and shouting, the vehicles honking, swerving, the noise, gigantic billboards everywhere... It’s enough to make anyone want to run away to the countryside! But then you think about the lack of wi-fi over there and you scoff at the idea. Living without internet? Now that's madness!

So, at the end of the day, when you finally get to go home, take off your shoes, sit on your couch and put your feet on the coffee table, you think about how you managed to survive another day in the concrete jungle. Perhaps somebody should give you a pat on the shoulder for making it in one piece.

Living in Santo Domingo, D.R. is pretty much like this but, just like every other place on earth, we have our own little idiosyncrasies that make us go "ugh, not again! I'm moving to Canada!" 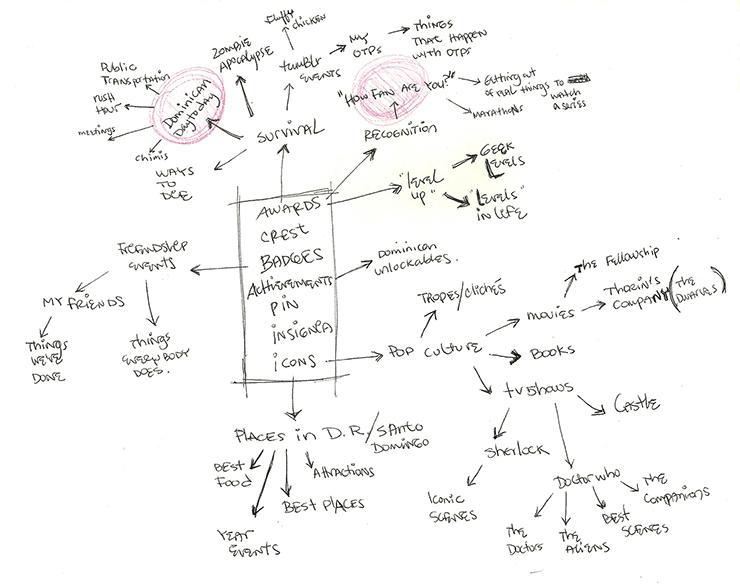 Once the idea came up in my mind map, it felt right. Not only it was something all my friends and family could relate to, we would probably laugh about it, thinking about our past experiences. I could already see all the badges forming in my mind and me awarding them to my friends. Congratulations! You have survived using public transportation!

After sleeping on it and asking around, I came up with quite the list but decided to sketch only those that were either more common or that I liked best, which means that I can always expand the series later. This is the result: 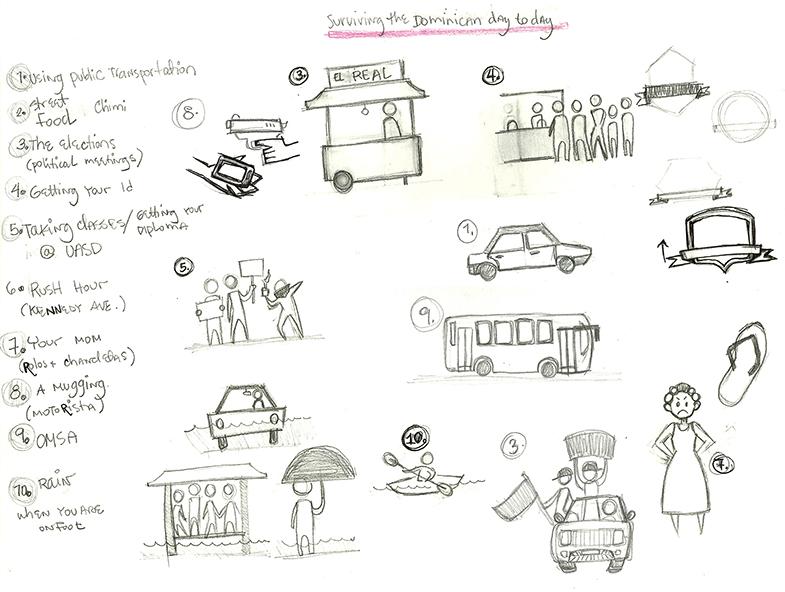 "But, Laudys, classes? rain? public transportation? How are any of these things difficult?" 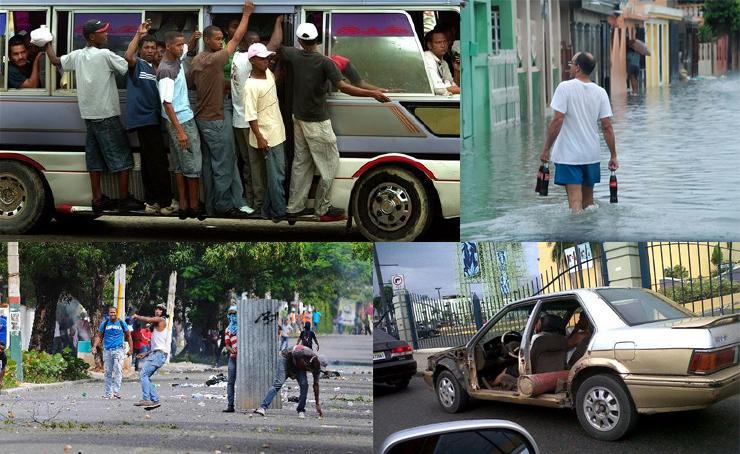 (I must have writen all of this like three times now and everytime I try to save, my wifi decides to die on me. I give up on the lenghty explanation. I also apologize for the tardiness, I have no idea where April went.) 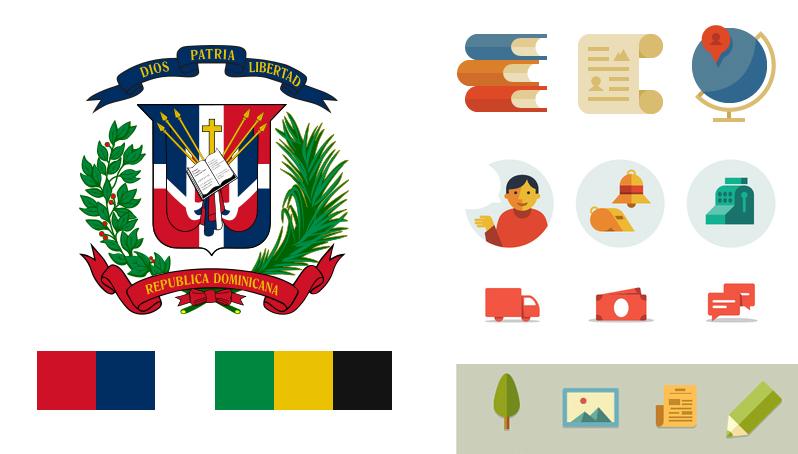 The main idea was take inspiration from the Dominican Coat of Arms and its colors. To the right are a few examples of icons that I liked because of their simplistic, geometric-ish form. I tried to emulate, but then I realized I wasn't sure on the shading.

Have you gotten mugged lately? Visited your parents? Made it through the last blackout? Ended up eating street food of dubious origins?

If you were able to get away generally unscathed, congratulations, you're a survivor!

While I couldn't complete all the badges that I had planned for the series, here are the ones that made it. I stayed with the blue, red and white characteristic of our flag and the shape of our coat of arms. I'll probably expand it as I find how to integrate the other ideas to my established parameters.

Great class by the way. Here’s hoping to see everybody around some other time.