Development of The Seven Rooms' Hero

-What does your hero want?

To care for his family, to make his father proud, to help others.

-What makes hero get up in the morning?

His responsibility, his love for his family, his hope for a better future.

-What is his heart's deepest desire?

To be loved and cared for.

He thinks he wants to care for others (and to some degree he does) but he truly and subconsciously wants to be cared for.

-What goals has he set to achieve them?

He is learning a trade and attempting to become a master at it, so that he can earn his own money and rescue the rest of his family from his father.

-Is his goal possible? How can we relate to it?

It is possible, but he is going to need help to become the man he has to be in order to usurp his father. We can relate to it because he is having relatable troubles with his family.

-Why do we want him to succeed?

Because his family (besides his dad) is good and kind and we love them, and because Adamas (the hero) is good and kind, and his adversary (his father) is cruel and angry and we hate him. The father represents tyranny and Adamas represents a benevolent and temperate leader whom we wish to govern us and to overcome irrational, selfish tyranny.

-How does hero need to change?

Needs to trust others and mature and become a man.

- What are your protagonist’s flaws?

2. Pushes away other's aid and does not trust others.

3. Does not value emotions and intuition.

4. Is not patient with himself.

6. He must learn to be patient and understanding with those who are foolish, but need his help and guidance.

7. Must learn to be honest and direct with others even when it will hurt them.

(Side note: he will face seven challenges and each challenge will push him to overcome each individual fault so that he may eventually overthrow his father and save his family).

- Which of them will pose the biggest hindrance to his success in attaining his goal?

His trust of others since he must trust others to learn from them.

-Where does his primary flaw come from?

The fact that all his life he has been forced to take a role as an authority figure and take his father's place at home and has not been able to lean on others. Since he has been responsible even for the afflictions of others he therefore could not depend on others since everyone depended on him.

- What are his wounds and backstory?

His father was abusive and had an explosive temper and was often drunk, but his father was a wealthy merchant and was not often home. One day Adamas's father came home rage-full and drunk because one of his many ships had been raided by pirates. The father then came home and let out his rage on the family injuring many and killing a servant maid. Later Adamas complained of this to his mother, but as he complained he grew very angry and in a fit of anger he upset a table onto his baby sister's legs and crippled her forever. From this Adamas learned that he must have control over his anger, and when others are weak he must always be strong.

- How can we relate to his flaw?

Many people suffer with having trust issues and many people also struggle with family members.

- Why do we want him to change?

So that he can overthrow his father, the tyrant, and restore peace and joy.

We want good and temperance to conquer evil and irrationality.

-What does he stand for?

- How can we relate to him?

He has a relatable relationship with his family.

- What are his quirks, habits and mannerisms?

I don't quite know yet.

He is tall and thin, but still fairly fit. He has dark hair and soft blue eyes. He stoops slightly and his brow is slightly wrinkled which is somewhat odd for someone of his age. He is fairly pale and seems slightly drawn in the face.

- What makes him unique?

He is strong and able to bear much hardship, even when all seems lost and he is faced by many obstacles. He is capable of bearing the load of his burdens and the burdens of others with a calm and even temper and state of mind nor is he easily shaken or upset. But he is also kind and forgiving and caring towards others.
- Who matters to him most in the world?

His future wife, Fera, and his family.

- What does he fear?

- How does he act in front of his greatest idol?

He is humble and reverent.

- What makes him cry?

The loss of his wife.

- What makes him laugh?

- If his house was on fire, what’s the one thing he would save?

Any living thing that might be in the house. He does not care much for material things.

- Who cares about him most in the world?

Fera and his mother.

-What are the stakes?

-Why is it absolutely necessary for your main character to succeed?

So that tyrannical irrationality might be overthrown and replaced with balance and temperance. Also so that his family will be relieved of his father's selfish rule.

- What terrible thing will happen if he doesn’t get what he wants?

His family will be neglected and abused.

If Adamas does not grow and become a man then he will not be able to overthrow tyranny and his father. Rashness and selfishness will win instead of wisdom and selflessness.

-What are the obstacles?

His father and fear.

-What or who is standing between hero and his goal?

His father and his own fear.

- What or who is standing in between him and positive change?

His father's tyrannical rule, and his own timid, kind, and logical nature.

- How can the obstacles between him and his goal act as a catalyst for change?

He eventually realizes that he cannot truly save his family unless he overcomes these obstacles of his father's tyranny and his fear of his father and so he is forced to overcome these things for the sake of his family. 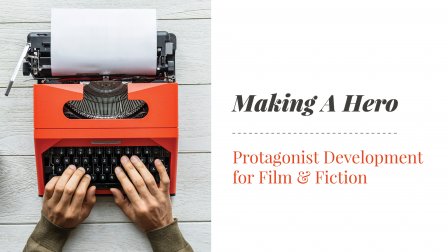