Design Persuasive Products by Generating Fear (in your prospects)

Hey! This class would cover the design philosophy that I developed in conjunction to scientific research done on the role of fear in persuasion. And it has been concluded time and again that the biggest motivator to get someone started with something is fear, it might be different for some people but for majority of people, as shown by statistics, inducing fear yields best conversions. And it is why I was keen on what are the best practices to implement fear into a product. Hours of digging through scientific papers and testing yielded results with sort of consistency product designers rarely encounter. So I'd want to share this methodology with you, in return for, well uh..., money and social approval :-D lol... But anyways see you inside, and also I want to make it explicitly clear that if you're inner genius pirate was given spark by me then calm it down cause when I say this methodology is my personally development, I mean you can't find it anywhere else simply because it doesn't exist for anyone but me on this planet, unless of course, someone somewhere coincidentally came up with exactly the same idea... See you...

And also, we won't be discussing another "philosophy" it terms of what to do, like many other books and articles covering this topic. The exact methodology would be discussed so you're not left in dark about anything. You'll thank me, I promise you. Oh and don't mind the busted up audio recording in first video (it should be able to do the job, I can re-record if you want me to) rest of them are much better.

Link to my Class (Published):

Here's how I did it

Of course this articulation is somewhat vague, but should give you a sufficient idea of how I tackled this entirely untouched field of teaching (Thanks skillshare for convincing me (they made an offer I couldn't refuse lol)).

And by the way, presentation skills slack or not, my content is top notch I dug through many scientific articles to gather all the required info again, and that itself took me 3 days research, which I initially thought I'd take care of in 3-4 hours max. lol.

I guessing yours scenario would turn out to be more or less similar, so work now instead of delaying, it's not as easy as skillshare wants you to think. Well, if you value your students that is.

Things I could have done better. 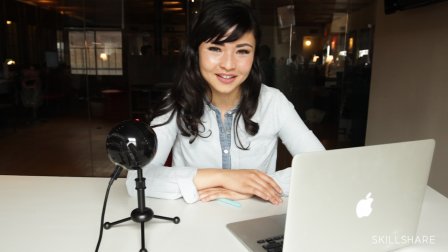 Learn to Teach an Amazing Skillshare Class
Teach On Skillshare