I've developed the sketche a little further. At the moment I'm just trying to map everything out. 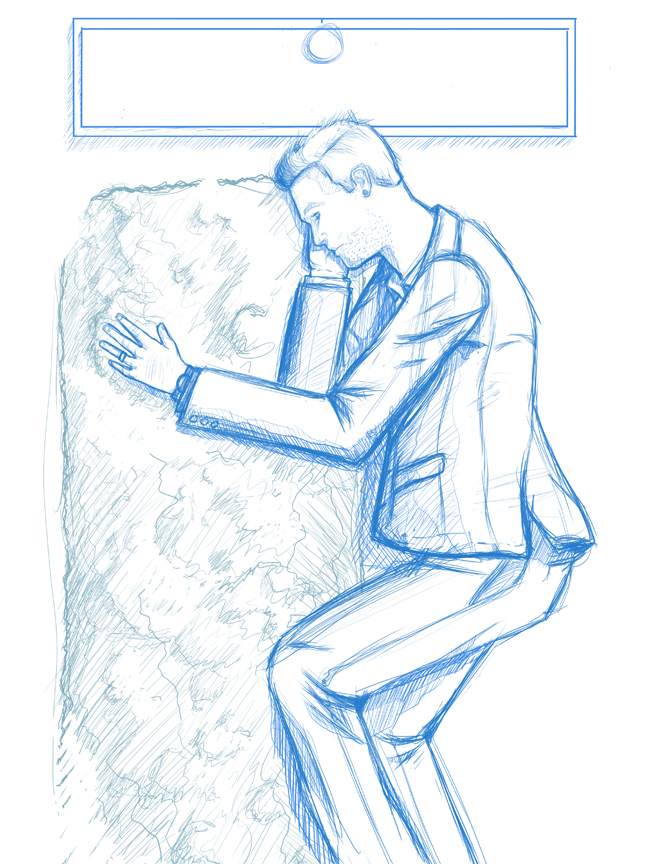 I chose to go with concept 1. Instead of going at it with a glow in the dark ink I plan on doing 2 prints. The original will have the husband laying next to his wife's grave during the winter. There will be snow on the ground, grave, headstone, and husband. The color pallete will be minimal with cool colors. I plan on printing on french paper's durtone butcher blue.

Here is the updated sketch. I sketch in colors to seperate my layers from each other, these will not be the final colors. 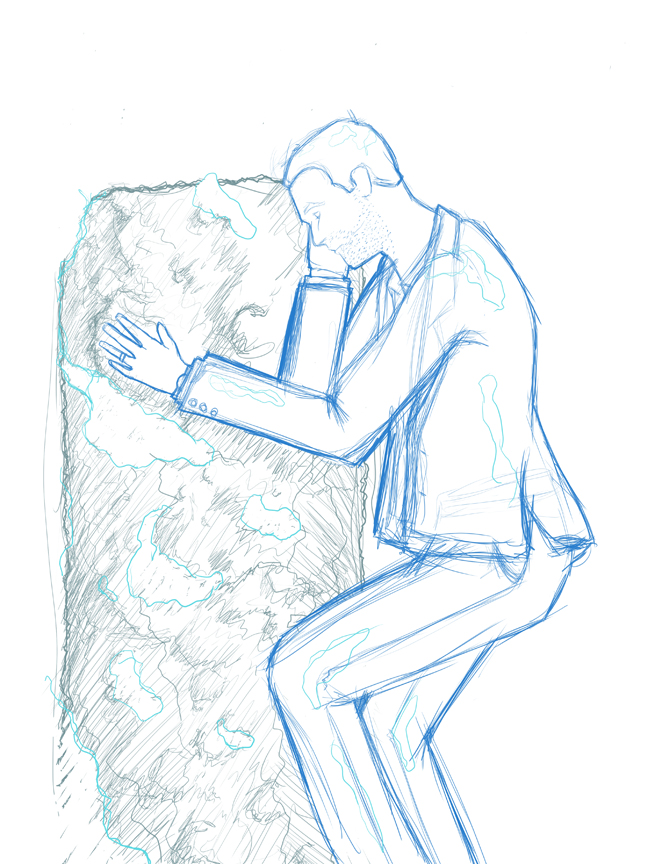 I will be trying to do a mixture of styles between Keving Tong & Antoine Revoy. 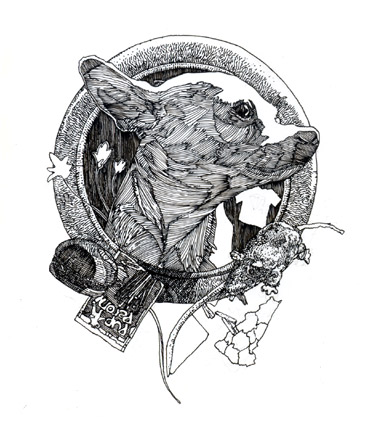 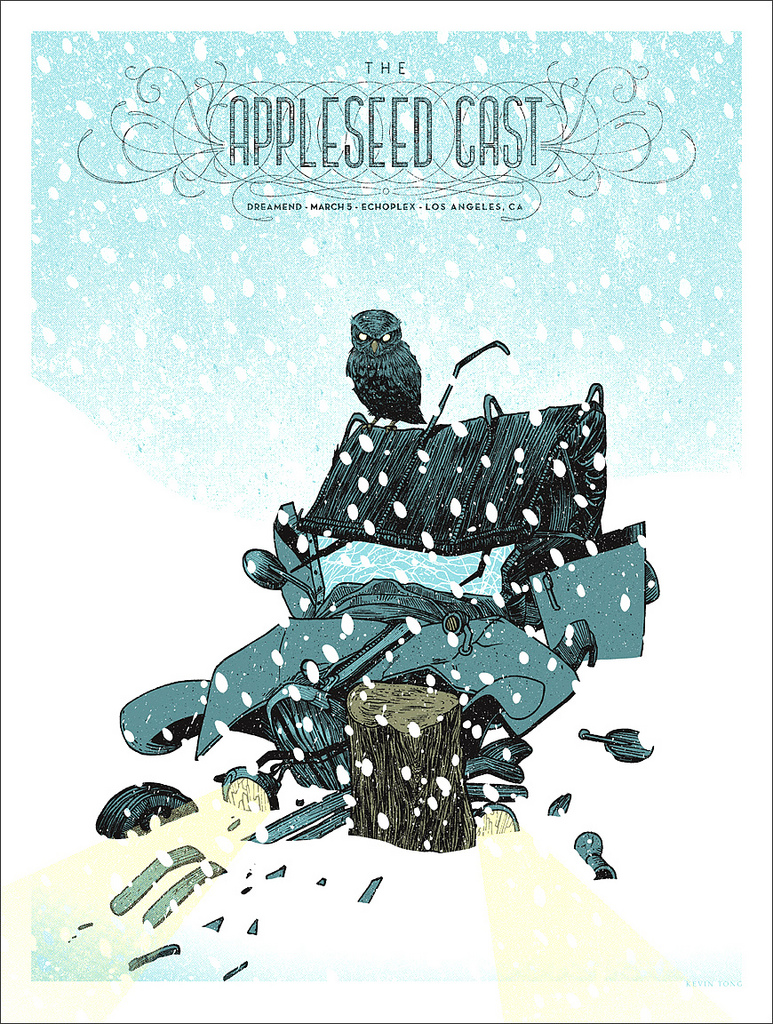 Dead Man's Bones is a band created by Ryan Gosling & Zach Shields. Their music revolves around the idea of monsters, ghosts, death, and love.

For a sample of their music check out the link below.

I will be letterpressing my poster. Due to this my color palette will be limited and the size I will go with is 9"x12". The ratio is the same as an 18"x24" gig poster.

For my 1st concept I wanted to show both love & death and their affect on each other. The image would have a man cuddled up next to his newly burried wife's grave. I'd like to use a glow in the dark ink as one of my colors. If I do, when you'd turn the lights out you'd see an image of the man's bones, showing over time that he could never leave her and he chose to die next to her. I might have an image of her cuddled next to him in the glow in the dark ink as well, I'm not sure yet though. 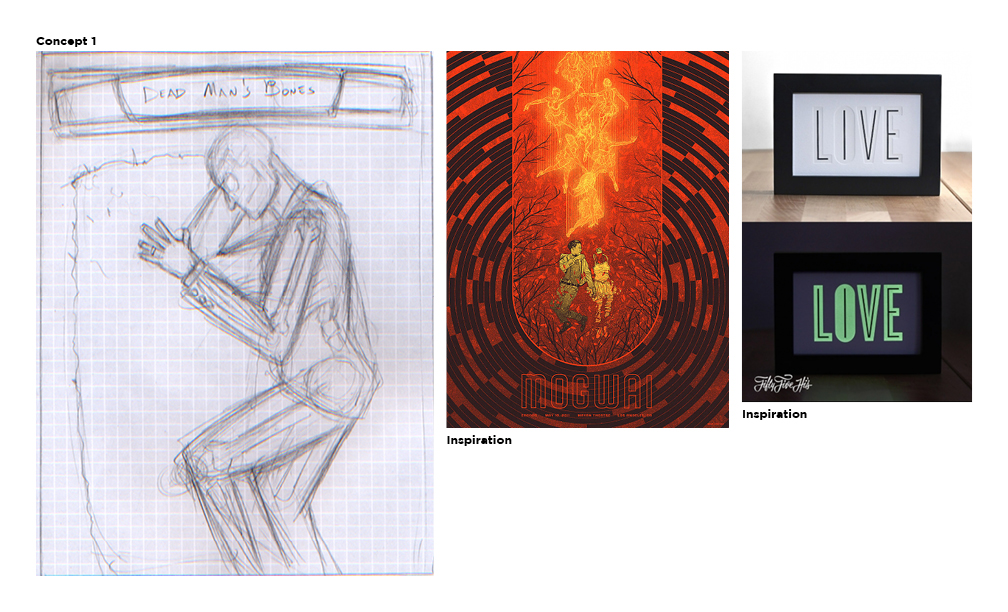 For my 2nd concept I wanted to show the endurement of love after death. I plan on showing a husband as a ghost, sitting on his grave waiting for his wife to be burried, as if he were waiting for them to go on their first date. 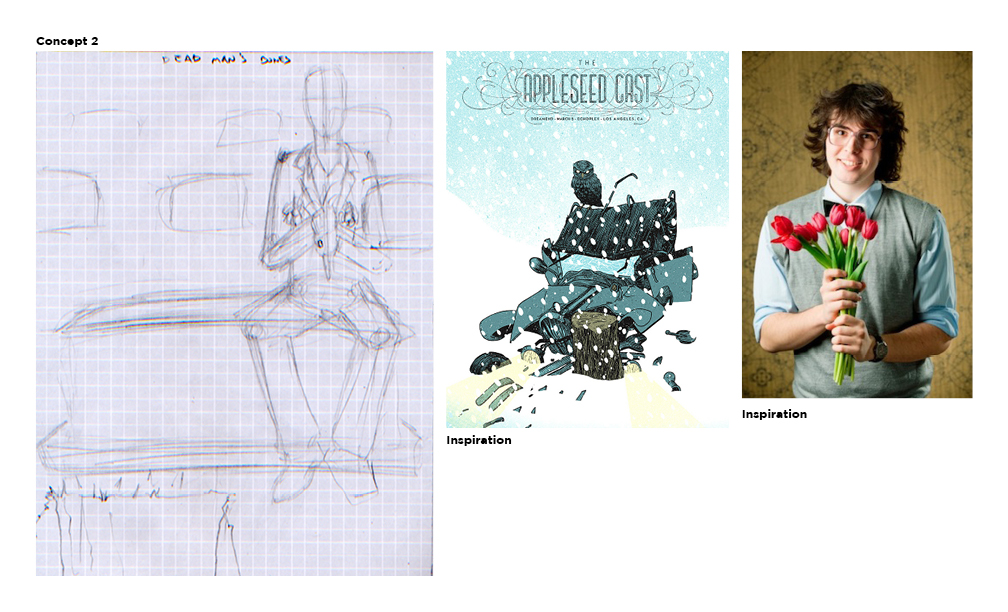 For my 3rd concept I'd like to play off of some the band's ideas of monsters falling in love. So the poster would have an iconic image of a couple kissing. But instead of them being a normal couple they'd be newly awakend undead. 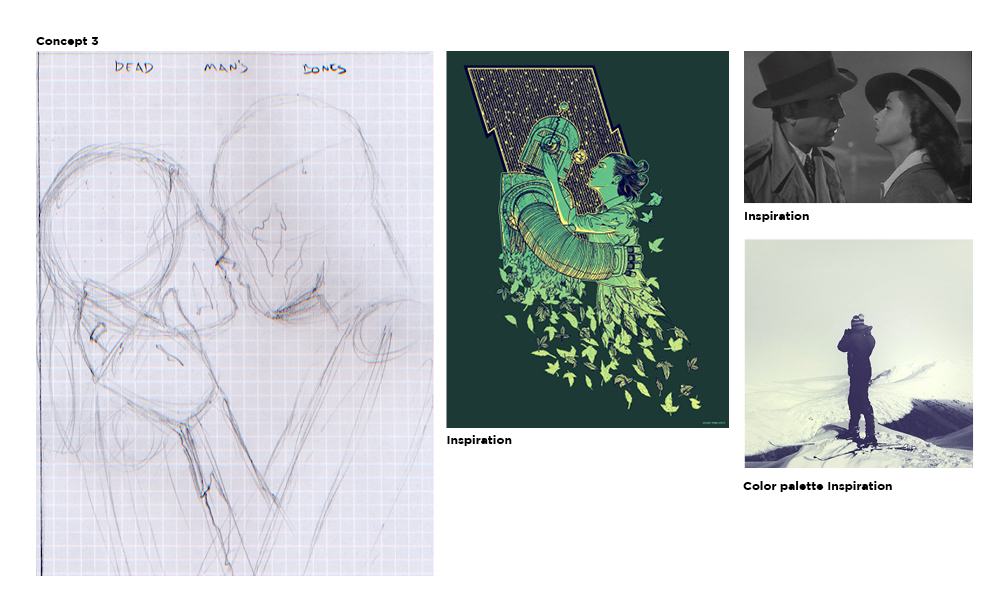