Today did a more detailed sketch of the grasshopper image. I chose the grasshopper from the tunnels visuals and the feathers from the thoth mask to be the stars of this poster. I will be painting the original grasshopper on wood so I tried to get the colors down vaguely here, I will be hand-lettering the text (and hopefully it looks less bleh haha) 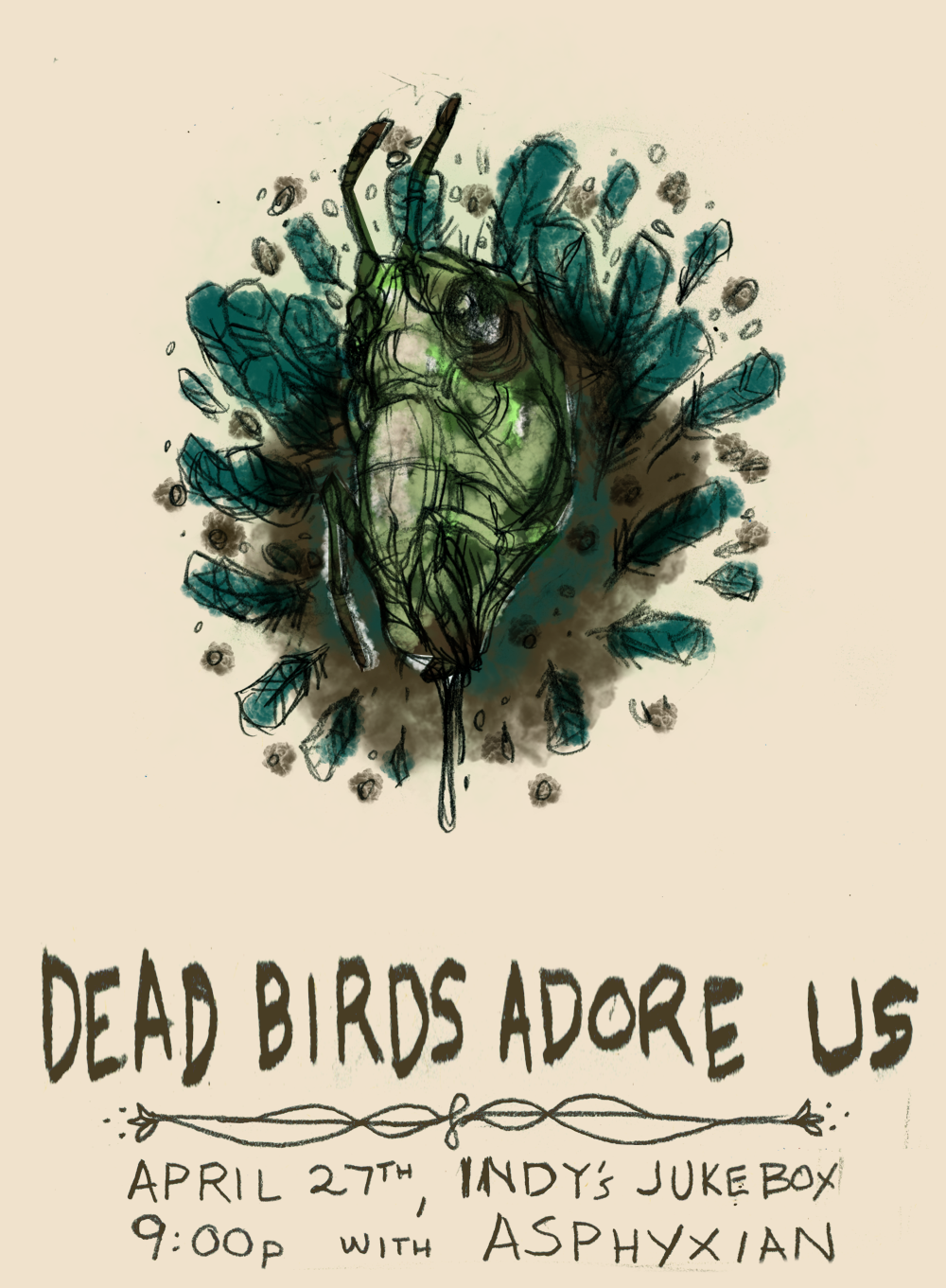 Also something's broken with trying to change the photo for the project :C

Begun working on the project with the band themselves, specifically guitarist Ryan Sellick. Got a feel for what they were looking for and a feel for the image they're portraying. They have a visual component to their concerts so I tried to include hints of the projection image and Thoth (Egyptian god of Knowledge and Writing who has the head of an ibis) mask they use in their shows. Got a large list of research and images from the band to kickstart ideas. My 3 ideas all use the teal feathers from the Thoth mask, although one of them alludes to the projection video for the song "Tunnels" which includes an animation of a grasshopper and a bird. The birds I have portrayed all have the beak design from the thoth mask, however they are more raven-like than ibis-like and "We're not done yet, Karen" is a band-specific line. Karen is imaginary.

I plan to run the sketches by Ryan to see what he has to say before deciding on a design. For now, I have to admit the grasshopper is my favorite.