I changed the rules of the game a little. I really don't want to read Russian newspapers, sorry. So I was looking for the information in the internet.

On the 10 of January the great musician died. And my Facebook feed was full of his pictures, song and videos. So I decided to participate in this flashmob in different way. I was looking for some relevant information and found out that different internet portals publish the lists of the critics favorite David Bowie songs. So I decided to compare their choices. I took 3 very different (in many ways: political views, some social aspects etc) Russian portals and several foreign ones.

The idea was to show how close we are when we speak about such things as music.

So I made a small database in Google spreadsheets

And also I found the voting on Buzzfeed. And decided to add the user’s list of favourite songs

First I dacided to use Sankey as the method, I made it in Raw.

But I found out that it shows the most popular songs, but do not help to highlight the main idea — the closeness and differences in the choice. So I made a network diagram in Gephi. I used Yifan Hu Proportional method. And as you can see, it became clear what songs most of publishers chose, and what song were just their own choice.

Than I exported the graphics to pdf and worked with it in Adobe Illustrator.
I didn't try to compare the results of visualization with the result of voting — the figures very different (it's obvious I think), but the result is clear — people agree with critics in theis choise

This is the result

The large version is here:

I apologize for mistakes in my text, I’m not an English speaking person.

I appreciate all the comments including the correction of texts in the visualization :) 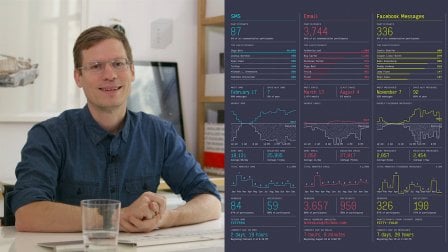