DO YOUR DUTY AS YOUR NATURE DICTATES. 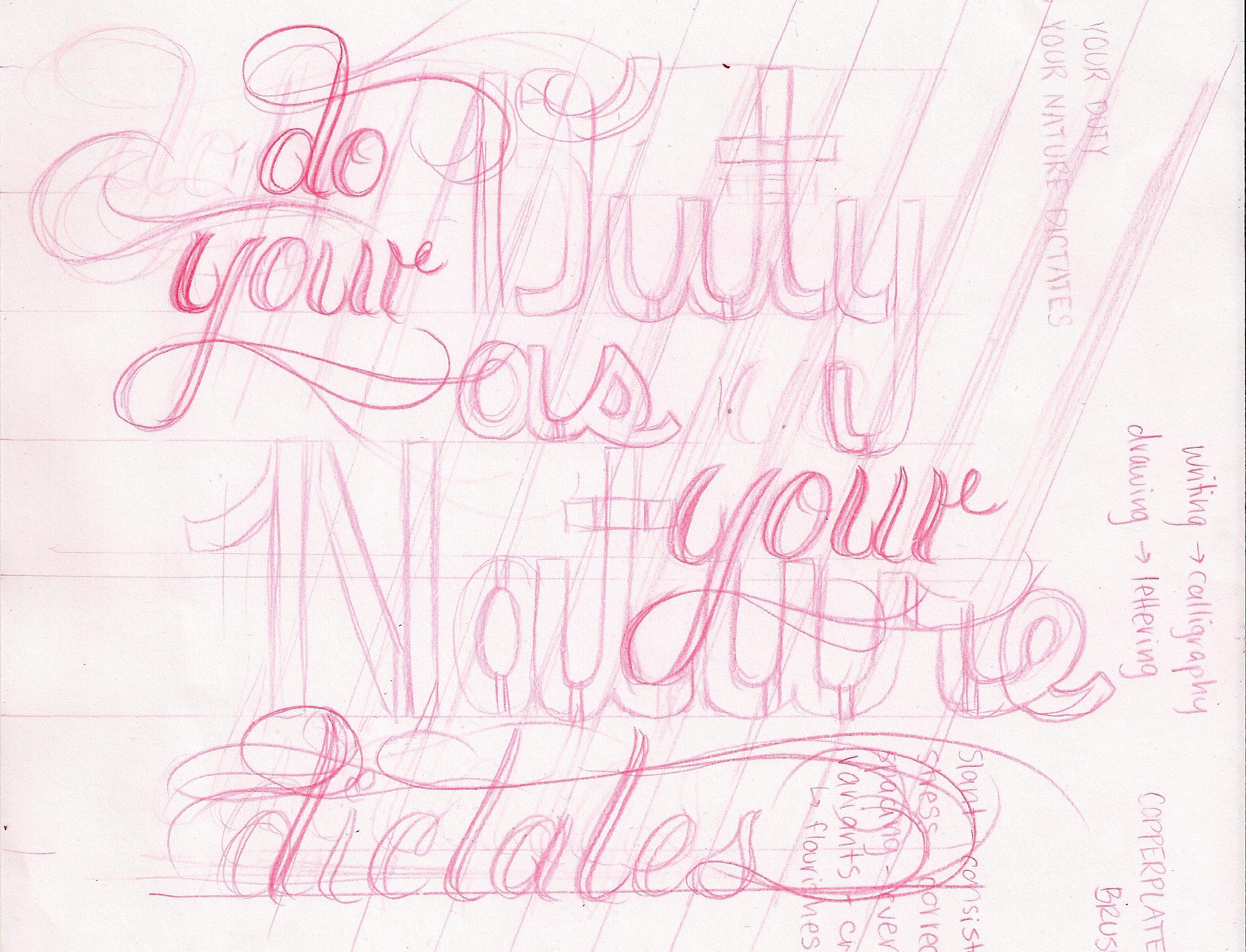 I'm a tattoo artist in Miami. I'm taking this class to sharpen my skills, because although I work with lettering almost every day, I appreciate the opportunity to learn from someone who's mastered the technique. Lettering is one of the first and only things I was directly taught during my apprenticeship. I probably don't have to tell you that while it seems simple, it's very easy to mess up. Check this out if you don't know what I mean. I also want to get used to the classroom environment again (although this is a punctuated, online version) as I'm hoping to start an MFA program in the fall.

I've uploaded the quick, rough (really rough!) sketch I put together today. The quote I've chosen is from the Bhagavad Gita: "Do your duty as your nature dictates." This is an attractive concept  that reminds me that I just need to follow my gut or the path that makes sense to me, and work hard at it, no need to over-analyze my life all the time, just be me. I'm the one who will bake cupcakes for birthdays, make sure my boyfriend eats meals, and re-fill the bathroom soap, because that's my nature - but my duty is to focus on my job and being a better artist, so it's about that balance as well. At least that's my interpretation. I wanted to reflect that idea of balance and variety in my choice of lettering styles - some pretty, traditional script alongside a more utilitarian, stenciled cursive. I got really good at free-handing stenciled letters in high school (super punk rock!!!) and wanted to evolve that a little bit.

I'm hoping to trace and ink this out later today, so I'll post an update when I do! In the meantime, here's some old lettering I found in a sketchbook that inspired me. 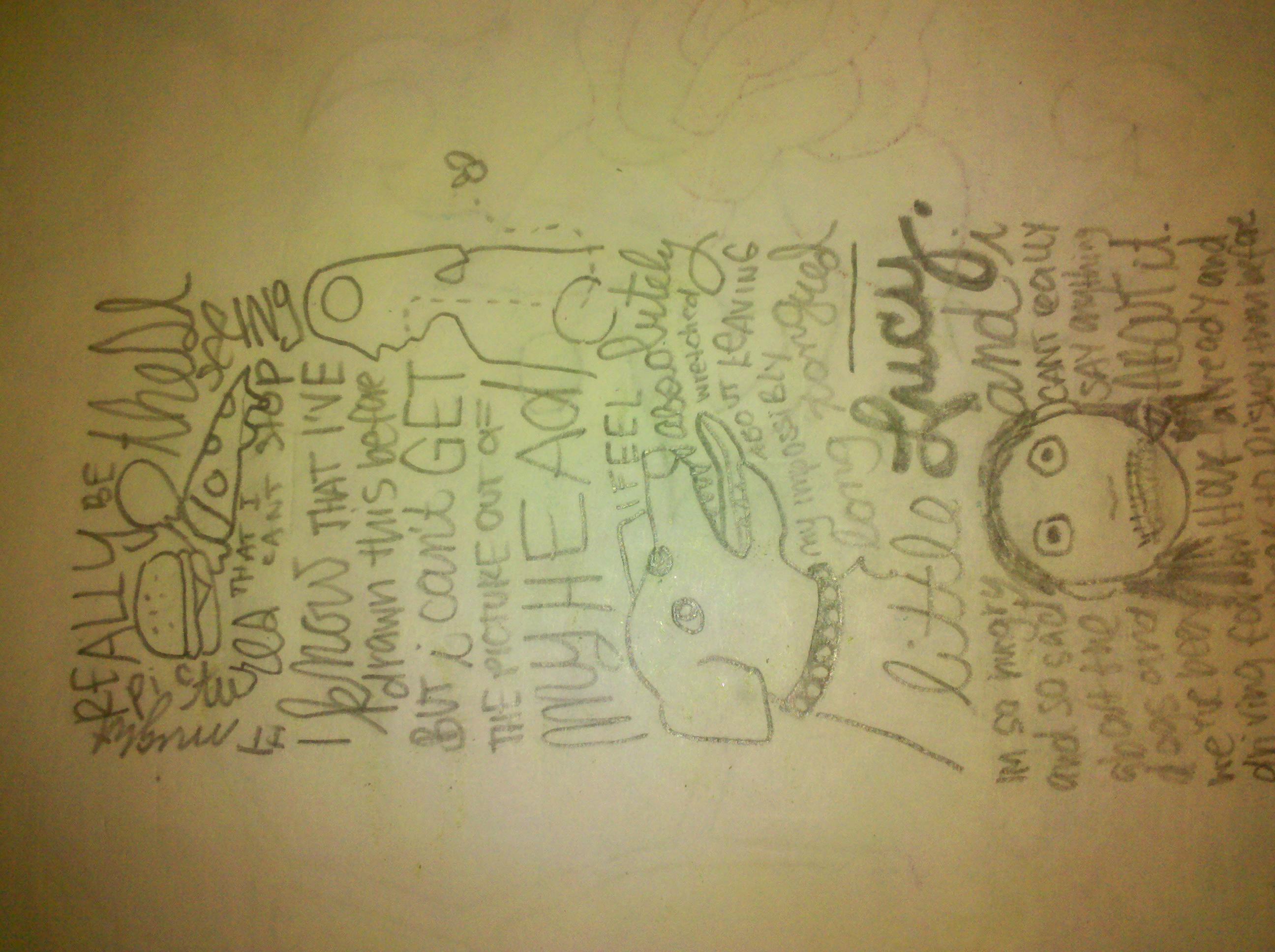