I don’t have Illustrator, so I used Affinity Designer for this project. Since I could not follow exactly the same process as Jeff, I decided to draw just one letter and find alternative ways to make it similar.

I chose Newslab Black as the font. Since the horizontals in this font are not quite as wide as the verticals, I elongated my D to balance them.

Instead of a built up rim on the face of the letter, I imagined that the yellow outline was painted on.

Thank you, Jeff, for a great example and inspiring project. This one letter was a significant effort for me. Congratulations to those who designed whole words and phrases! 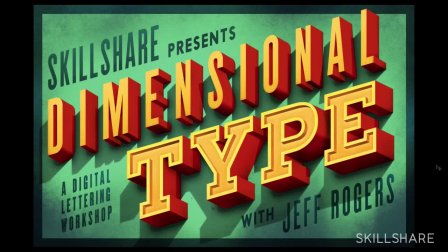