I got the idea for Cúram when I was walking in the woods near my home in Ireland. There were lots of mossy old stones and I was imagining a giant guardian made from stone. As I started drawing I let my imagination wander a bit and I thought it might be nice if Cúram was made of wood instead. As I started drawing his head it was initially a rounded wooden shape. Then i got the idea to add a skull. This gave me a back story of a tree that grew in an ancient burial site and fused with the skeleton of a warrior.

I like to think of Curam as a reluctant hero who is protecting the area where he lives from humans who are polluting and damaging nature. He wears a shirt and pants he found at an old camp site. I think this gives him a slacker look which adds to his anti-hero feel. He's a silent gaurdian but the animals love him. They look to him to take care of them and the environment he lives in.

I used a painting by Georgia O'Keefe called "Chama River, Ghost Ranch" 1937 to source my palette. Style-wise this was an opportunity for me to try and find my own voice in a style i love. its a line art comic style using flat colours. I feel i am still developing and finding that voice. Inspiration for the style in this piece comes from artists like Herge, Underzo, Jason, Chris Ware, J.G. Quintel and Luke Pearson. 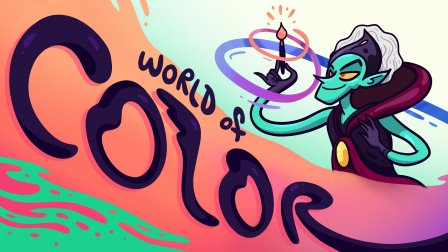