I am often not even sure what I am trying to do while styling a shelf, which was also true here. I like the earthiness of the greenery and the wood but I wasn't excited about it and really had no idea how much to include. Pretty lost! I tried again after taking the class, creating one big pyramid with the artwork at the top and a smaller pyramid on the right with the lamp, also white space in the middle of the shelf. I think the artwork could stand to be bigger so that it comes down just behind the tall vase on the left to add more depth. Better? 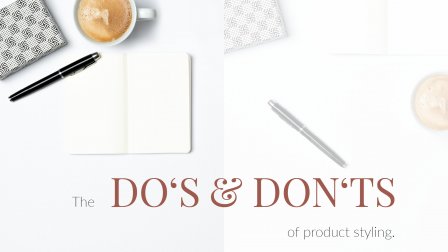 Make Your Products Stand Out: The Do's and Don'ts of Product Styling
Marianne Krohn