I decided to conduct User Research for the app Spotify because I observed diverse people having some frustrations while using it. Spotify is a digital music, podcast and video streaming service that gives you access to millions of songs and other content from artists all over the world. It was developed in Sweden and was launched 2008. It's a so called freemium service where basic features are free with advertisements etc. whereas the paid membership has additional features like improved streaming quality, downloading music and no ads.

My research goals were to improve the user experience (How do they use it? Where are problems?) and to understand the behavior of the users (What do they say/do?). For the first I developed a usability test with tasks for the participants to work on. For the second goal I created an interview guide.

My leading research questions were (not the interview questions):
- What do users like about Spotify? What do they dislike? And why?

- What is the need Spotify tries to meet?

The target users for my qualitative research were three german university students/staff (age range: 23 - 38), all of them using Spotify for at least 3 years.

Insights (patterns I found throughout all participants):

- it is more comfortable to have music playing on spotify than being alone in a quiet room without any entertainment; music is played to not feel alone, it also beautifies the everyday life

- Spotify is used when on the way to somewhere, alone at home or with friends to show them music or let music be shown -> provides value

- it influences the emotional state and helps to control it (listening to upbeat music to get out of bed in the morning; when listening to an energetic song the emotional connotation the user has of the song remains even after the song is no longer playing)

- listening to music is highly prioritized

- podcast feature not really used; other apps are used for listening to podcasts

- to use Spotify is perceived as a habit

- the scroll bar in the "songs"-section is poorly rendered (Android); users can't grab it when it's at the top of the screen

To conclude I think one of the needs of my participants was definitely to listen to and to explore music. For this purpose Spotify did a great job. I think the need exists because music has such an immense emotional and social function for humans and Spotify made it easy to satisfy this need. It's noticeable though that - at least in this small qualitative sample - the other features like podcast, radio, video shows are nearly not used at all nor even known. 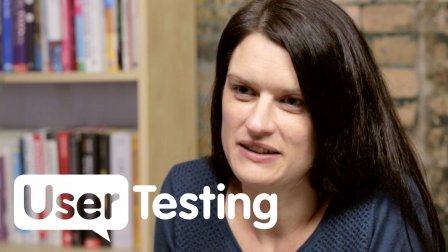